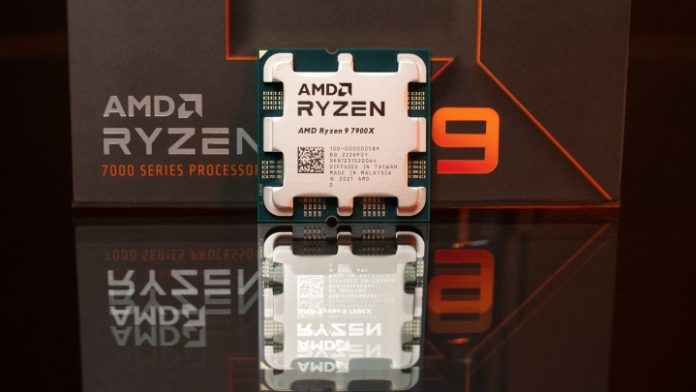 As we inch closer and closer to the launch of AMD Ryzen 7000, we are learning more about the flagship Ryzen 9 7950X. Equipped with an impressive set of specifications, the CPU will undoubtedly become one of the best AMD processors on the market.

However, we’ve just heard of a little-known fact about the new Zen 4 CPU: its maximum clock speed will rely on temperatures, and the threshold is set so low that most people won’t be able to achieve it.

As for the clock speeds, Wccftech has discovered something new that we haven’t heard of before. As a quick refresher, the Ryzen 9 7950X has a remarkably high base clock speed (4.5GHz) followed by a maximum all-core boost of 5.1GHz. The single core boost, on the other hand, can hit up 5.7GHz. And then, there’s the F-Max frequency, capable of reaching as high as 5.85GHz.

Both the maximum peak frequency and the F-Max frequency apply to a single core at stock. However, if you’d like to push your new Ryzen CPU to 5.85GHz, you’ll need to keep its temperatures at bay. Some of the best CPU coolers will be required here, and we don’t just mean any air cooler — a chunky liquid AIO kit will be needed to keep this beast cool.

According to Wccftech, AMD has disclosed internally that the Ryzen 9 7950X will only hit its maximum clock speed if the CPU temperature is maintained under 50 degrees Celsius. Anything over that will lock the processor to the maximum 5.7GHz boost speed.

Although it’s not made clear whether this is a rule or an expectation, the same seems to apply to the all-core boost. If the temperatures run too high, the CPU may run under 5.1GHz and closer to 4.9GHz to 5.0GHz instead.

We are less than two weeks away from the big day. On September 27, AMD Ryzen 7000 will officially debut, and the processors will become available to everyone who wants to buy them. Coincidentally, Intel is also set to announce its Raptor Lake processors on that same day.