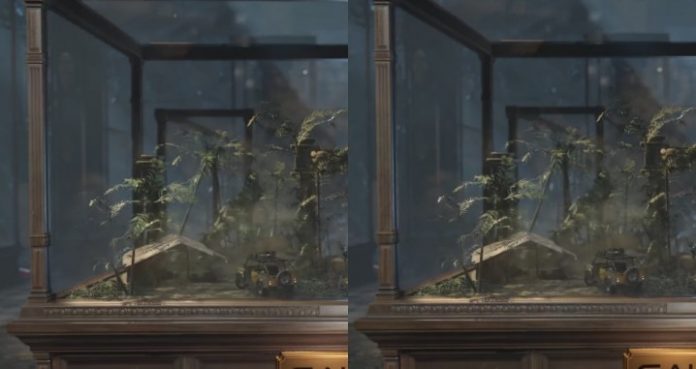 Although AMD makes some of the best graphics cards, they’ve been much less competent than Nvidia GPUs for streaming. Nvidia GPUs have almost always offered better encoding performance and extra features absent on AMD cards. It’s one of the reasons why I’ve decided to switch to Nvidia graphics despite being a longtime fan of AMD; I just don’t want to give up a good streaming experience.

But all that might be different now thanks to two key updates to AMD software: a brand new encoder and AMD Noise Suppression, which are competitors to Nvidia NVENC and RTX Voice. I tested out AMD’s new tools and the results make me think switching to AMD is a possibility now.

From left to right, AMF vs. NVENC. Matthew Connatser/Digital Trends

When it comes to streaming, it’s crucial to have a good encoder, and if you’re streaming games you’ll probably want to use GPU encoding rather than CPU encoding. Not only does Nvidia’s NVENC encoder have good quality, but it also doesn’t use very much data, which is crucial for streaming. You want the best ratio of visual quality to data usage possible, and in this area, Nvidia’s encoder was far ahead of AMD’s. But now that the latest version of AMD’s encoder AMF is finally out, I think Nvidia has lost this advantage.

The above image is from the opening shot of 3DMark’s Time Spy benchmark, which I recorded using streaming optimized settings at 6000Kbps. I selected this specific part because there’s lots of foliage, which is often difficult to capture with good quality (especially when there’s very little data to go around), but as you can see the difference between AMF and NVENC is essentially nonexistent. AMF did well in the rest of the benchmark as well, and you wouldn’t be able to tell the difference if the two recordings weren’t labeled.

It’s especially important that AMF was able to achieve this using the same bitrate that NVENC was using. It would be pretty pointless if AMF looked good but needed a substantially higher bitrate to compensate. Twitch, arguably the most popular game streaming platform, only allows up to 6000Kbps, which is a very small amount of data to work with. With respect to recording, each video was only about 3 minutes long and each was about 100MB, which is really good for people who upload unedited stream VODs to YouTube for archival purposes.

That being said, only AMD GPUs based on the RDNA2 architecture (which includes RX 6000 series GPUs) can take full advantage of the AMF encoder because older GPUs don’t have support for B-Frames, which help to increase image quality. This is a limitation of the hardware, not the software, so your RX 5700 XT will never be quite as good as an RX 6950 XT for streaming.

What AMD really needs to focus on in the future is updating its encoder just as often as Nvidia. The newest version of AMF was done and just sitting as open source software until Open Broadcast Software contributors finally added it to the app, and now we have to wait for all the streaming services to update so you can use the new encoder. I’d like to see AMD assume as active of a role as Nvidia has in this area, not just when it comes to making updates but also distributing those updates.

AMD Noise Suppression is good but has poor support

Audio quality is an important (and sometimes neglected) part of streaming, and here too Nvidia held the edge thanks to its RTX Voice software, which is basically an AI-enhanced noise gate. AMD is catching up in this area with its new Noise Suppression tool, which is supposed to do the exact same thing as RTX Voice.

Given that AMD GPUs have no AI acceleration features like Nvidia GPUs, I was skeptical that Noise Suppression would be any good. Much to my surprise, the results were quite good: my gaming keyboard was nearly inaudible, even while I was talking, and the quality of my voice wasn’t reduced. If I switched to AMD Noise Suppression, I don’t think anyone that watches my streams would be able to tell the difference.

But did AMD GPUs even need this feature? Why not just set a noise gate in OBS? Well, the problem with noise gates is that they can only work based on volume, and background noise can get quite loud, especially the clicky noises from gaming keyboards. RTX Voice is a critical part of my streaming setup because it can intelligently separate my voice and my keyboard. Now that AMD GPUs have the same exact functionality, I can actually consider streaming on AMD hardware, like my ROG Zephyrus G14.

I also like that AMD’s Noise Suppression is built into the Radeon driver suite, whereas RTX Voice is only usable by installing Nvidia Broadcast. Not only is AMD’s solution more simple, but it’s also more reliable. I can’t tell you how many times I started my stream just to realize my mic audio wasn’t coming through because Nvidia Broadcast was closed for some reason. Nvidia could learn much from AMD when it comes to driver suites, not just for this specific feature but in general.

But I do have quite a bit of criticism for AMD here when it comes to support. Not only does Noise Suppression require an RX 6000 GPU, but it also requires a Ryzen 5000 CPU or newer. The CPU requirement in particular is frustrating and almost certainly arbitrary. Not only does it lock out users running older versions of Ryzen (most of which are still fast enough in 2022), but it also excludes everyone that uses an Intel CPU. It’s impossible to justify this requirement when some of the best CPUs available today are made by Intel.

Finally caught up in key areas, for now

Having finally bridged the gap in video and audio quality features, AMD GPUs are finally as capable as Nvidia GPUs for streaming in the most important areas. While the level of support AMD offers leaves much to be desired, with current generation AMD hardware you can stream games with the same kind of quality you’d see from an Nvidia-powered PC. There are some other features that Nvidia offers, such as a digital green screen for webcam users, but AMD doesn’t really need to offer the same feature when third-party software can do the same thing.

AMD’s focus right now should be ensuring it never falls this far behind ever again. AMF was worse than NVENC for several years, and RTX Voice has been around since 2020. Technology is always a moving target, and it’s hard to see Nvidia resting on its laurels any time soon. In order to compete with Nvidia, AMD can’t just rely on open source software and hoping someone makes something. AMD needs to do that itself.