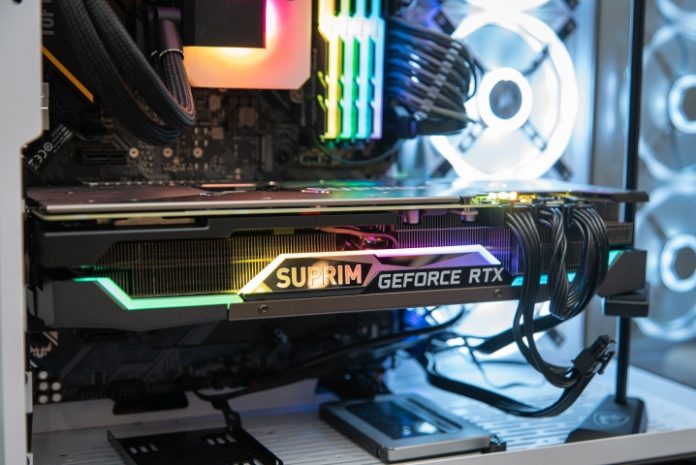 Nvidia RTX 4090 is official, and it’s launching in a few short weeks; if you can stomach the $1,600 price tag, that is. Prices are up for RTX 40-series GPUs across the board, from $100 at the low-end to $500 at the high end. That puts Nvidia in a precarious position considering AMD’s RX 7000 GPUs are right around the corner.

AMD has an opportunity to steal the crown for the best graphics card, one it hasn’t had in the last several generations. Given the prohibitively expensive prices of RTX 40-series GPUs right now, RX 7000 may be the way to go in the next generation. And AMD doesn’t even need to beat Nvidia’s most recent graphics cards to get there.

Nvidia has made one thing clear with the announcement of the RTX 4090: the RTX 3080 isn’t going anywhere. As shown during the GeForce Beyond presentation and reiterated to the press in a briefing, Nvidia sees the RTX 3080 as the GPU to buy for around $700, at least for the time being. With the increased prices on the RTX 4080 and RTX 4090, the previous generation flagship will be propped up for a while.

Although Nvidia may continue to offer the best performance overall, very few gamers are actually interested in spending $900 on a GPU, let alone $1,600. And right now, Nvidia is telling gamers who don’t have that money to spend to just stick with last-gen options. I have to wonder how that messaging might be different if RTX 30-series GPUs weren’t so ungodly expensive over the past two years.

We don’t have concrete performance data on RX 7000 GPUs yet — AMD is set to reveal them on November 3 — but Team Red has a fighting chance. RX 6000 was the first time we truly saw AMD reach performance parity with Nvidia. AMD still struggles with ray tracing, that’s for sure, but if it’s able to maintain the performance trajectory RX 6000 GPUs suggested with better ray tracing support, that’s a winning ticket.

Cards like the RX 6950 XT show that AMD is able to compete at the top levels of GPU performance while still undercutting Nvidia on price. With Nvidia now raising prices, the delta between AMD and Nvidia offers may be too good to pass up.

Backed into a corner

Part of this pricing situation is Nvidia’s own doing. If the RTX 4090 and the two RTX 4080 models came in at last-gen prices, we’d have a much more competitive GPU market. Just like the previous generation, it would be a matter of weighing the pros and cons of features like Deep Learning Super Sampling (DLSS) and ray tracing performance for cards around the same price.

But Nvidia wants to have its cake and eat it, too. The company has been clear that it has excess inventory of RTX 30-series graphics cards, and there’s not enough demand for them. By propping up the previous generation, at least until cheaper RTX 40-series graphics cards come around, Nvidia’s strategy seems to be to keep expected prices rolling until it can work through its excess RTX 30-series stock.

That’s certainly one way to approach the problem, but it won’t necessarily work. It’s hard to imagine a situation where Nvidia GPU prices fall through the floor — if RTX 40-series cards are expensive and RTX 30-series cards are still selling for list price, even secondhand prices will continue to stay propped up. But that doesn’t mean AMD can’t take the opportunity to offer real value for gamers, which is something that’s becoming increasingly rare in the world of PC gaming.

When there’s performance and pricing parity between Nvidia and AMD, features make the difference. And for the past generation, Nvidia has mostly won that battle with DLSS. DLSS 3 looks enticing with its AI frame-generating capabilities, but it loses some luster when it comes at such a high price. If the pricing portion is thrown out of balance, AMD’s offerings start to look much more attractive even if they have shortcomings compared to Nvidia.

Much more to come

image: AMD together we advance event

We don’t have any concrete details on RX 7000 GPUs yet, outside of the fact that they’re coming and they use the RDNA 3 architecture. Anything could happen, so it’s important to wait until both RTX 40-series and RX 7000 cards are here before drawing any firm conclusions about how they compare.

Still, I’m having a hard time imagining AMD will drop the ball. At most, even the RX 6800 XT is around 5% behind the RTX 3080, and most games don’t see much of a difference at all. Assuming AMD keeps the pricing the same, it would have to release a worse GPU than its previous generation to lose out to Nvidia. That’s unlikely.

In a briefing with press, Nvidia CEO Jensen Huang said “Moore’s Law is dead” as a way to justify the higher prices of RTX 40-series graphics cards. That may be true, but competition is still alive. And as the next generation of graphics cards starts to roll out, Nvidia doesn’t look like it’s on the winning end.