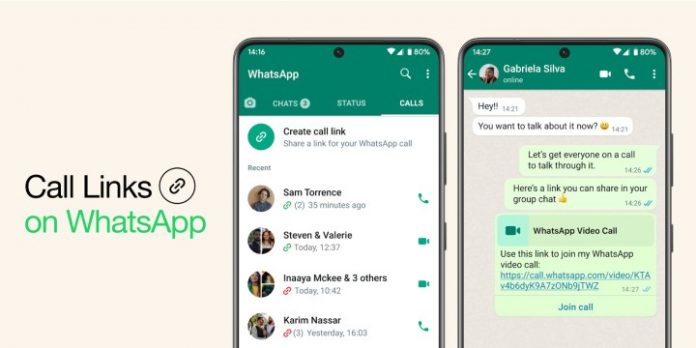 WhatsApp is taking a couple of pages out of Zoom’s playbook. The Meta-owned company is rolling out the Call Links feature, making it easier for people to join audio and video calls with just one tap on the phone screen.

Mark Zuckerberg announced the new feature in a Facebook post on Monday morning. Starting this week, WhatsApp users will be able to tap the Call Links option within the Calls tab and create a link for audio or video calls to send to their friends and family, who will then tap on the link and join the call from there.

One of the reasons people joined WhatsApp when it came out was so they would make international calls to relatives living outside the U.S. without accruing long-distance charges from their mobile service carriers. Now, the dream of WhatsApp users being able to invite all their overseas relatives in a large group video call isn’t too far from reality.