HomeNewsWhat is AMD EXPO and should my DDR5 have it?
News

What is AMD EXPO and should my DDR5 have it? 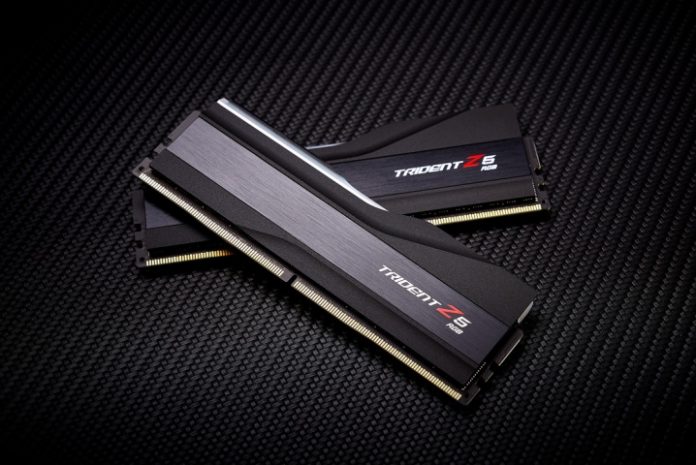 Along with revealing its next generation of processors, AMD announced the new EXPO standard for DDR5 memory. Upcoming Ryzen 7000 CPUs support DDR5 exclusively, and tracking down a kit with an EXPO certification could make a big difference in how well your PC runs.

We’re going to help demystify what AMD EXPO is, how it compares to Intel’s own memory overclocking standard, and the best DDR5 kits you can pick up right now with EXPO support.

Before diving in, keep in mind that AMD’s Ryzen 7000 CPUs haven’t launched yet. Although you can purchase some EXPO kits now, you won’t be able to take advantage of them until the processors launch on September 27.

What is AMD EXPO?

RAM overclocking can get much more complex than CPU overclocking, which is why we’ve seen XMP and now EXPO spring up. They take up a small, non-accessible spot in memory and allow you to simply swap to the profile in your motherboard’s BIOS. EXPO may allow you to do this within your operating system, but that’s not clear yet.

All RAM runs at a stock speed out of the box. In the case of DDR5, most RAM sticks will run at 4,800 MTps (megatransfers per second) regardless of the speed you see printed on the box. The speed on the box is in reference to the overclocking profile of the kit. So, if you buy a DDR5 kit boasting 6,000MHz speeds, you’ll need to enable the overclocking profile to access that speed.

Overall, AMD says turning on EXPO can result in up to an 11% improvement in gaming performance. AMD also says EXPO kits are specifically optimized for Ryzen 7000 processors, though it’s not clear if that optimization will make a performance difference in practice.

EXPO is basically AMD’s take on XMP, and it doesn’t look like there are too many differences between the two. At a high level, both are overclocking profiles for your RAM that allow your modules to run at a validated speed. The big questions are centered around support.

AMD says EXPO is an open standard, which means the validation process is mostly hands-off for AMD. Memory manufacturers submit their test results, and those results should be open for the general public to see. If the memory meets the standard from testing, it will come with some EXPO mark on the box. XMP, by contrast, is closed. Intel validates the test results itself, and they aren’t available to view.

For years, AMD has supported XMP profiles with its motherboards and processors. Going forward, AMD says you’ll still be able to use EXPO or XMP, stating that EXPO may provide better optimization and that EXPO is set up to support Intel processors. Intel hasn’t said if it will support EXPO on its CPUs. Hopefully, that means your DDR5 overclocking standard will be agnostic across CPUs, but we don’t have EXPO kits to verify that yet.

We don’t have EXPO kits quite yet, but AMD says that there will be 15 kits available when Ryzen 7000 CPUs release on September 27. For now, we know about 12 kits coming from brands like Corsair, G.Skill, Kingston, and ADATA. We suspect that many more DDR5 kits will roll out with EXPO support through the end of the year.

Here are the AMD EXPO kits we know about now:

AMD EXPO isn’t anything new, but it makes the disparate state of memory overclocking with AMD CPUs a lot more streamlined. Hopefully, it won’t be a feature you need to pay much mind to, as multiple vendors seem to be shipping modules with EXPO and XMP support. Regardless, you should keep EXPO in mind if you’re building a new PC with an AMD CPU.