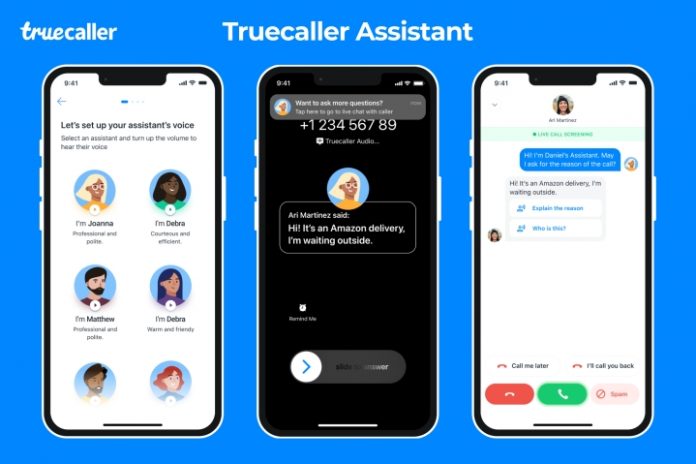 Truecaller, a popular spam reporting and caller ID app, has launched a new feature that scrutinizes calls, responds to basic queries, and even handles scut work. Called Truecaller Assistant, the feature takes over the tedious parts of phone calls, especially when you don’t want to deal with spam — or worse — scam calls.

Truecaller’s announcement comes just days after the Federal Communications Commission (FCC) confirmed it had approved a long-standing proposal to block unwanted promotional texts in response to countless complaints. The federal agency will work with mobile operators to culminate these spam texts at the origination level, flag spamming numbers, and attempt to educate users. However, the approach is focused on texts and does not illicit action against spam calls.

This is where Truecaller Assistant can be extremely handy. It is available for Android and iPhone users, who can delegate the responsibility of receiving calls from unknown numbers. According to the company, the Assistant can understand verbal requests from the caller with 90% accuracy. Users can let the Assistant take complete control of the call or use conversation prompts

Besides talking to a caller on your behalf, the Assistant will transcribe the conversation so you can read it. These transcriptions are stored on the phone and can be accessed later. When a user decides to intervene, the transcription is automatically stopped. In future updates, the app is set to get a recording feature that will allow conversations with the Assistant and the user themselves to be recorded — in compliance with regulations in two-party states.

The app brings functionality similar to what Google announced in 2018. Call Screen, a Pixel-exclusive feature available only in select regions, allows the Google Assistant to access calls with the same dexterity as a human assistant. Truecaller trumps its limitations by bringing functionality to almost every Android and iOS device.

Truecaller Assistant will be available as a paid feature as part of Truecaller Premium, which starts at $3 monthly. The company also offers a 14-day free trial for users on both mobile platforms. The service will initially be available in the U.S. with support for English only and will eventually be introduced in other markets.