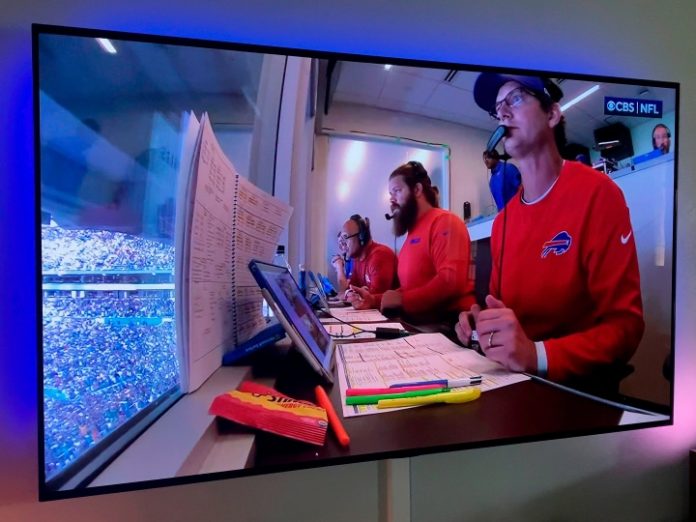 A lot of hay has been made over the untimely death of many a Microsoft Surface at the hands of an NFL player. It’s not uncommon for frustrations to be taken out on the venerable tablet — Terrific Tom Brady apparently took out two of them last Sunday, which is impressive enough.

But this Sunday? A Buffalo Bills coach was captured not just smashing a Surface once, but several times. Just to make sure it couldn’t cause Josh Allen to badly throw just short of the end zone next time, perhaps.

Actually, what you see here wasn’t directly the fault of Allen. Mostly. The Bills were trying to get the ball back with just a couple minutes to go, down by 4 points to the Miami Dolphins with less than 2 minutes to go. They forced a blocked put — actually, Miami’s kicker nailed his protection in the rear with the ball — and the ensuing safety closed the gap to 2 points.

Allen and the Bills got the ball back and were trying to get within field-goal range. And they did — but the winding clock ticked down from 11 seconds, and they weren’t able to spike the ball in time to stop it. Zeroes on the clock. Game over.

Up in the booth, Buffalo offensive coordinator Ken Dorsey is seen going what can only be described as slightly nuts and was caught by a small camera. Headphones are slammed. Then a hat. Then a playbook. And then the anger is turned to the Surface tablet, which gets slammed onto the small desk not once, but at least twice, with a few extra slams for good measure, just to be sure.

We feel you, coach.

Someone then has the presence of mind to cover the camera with a hand, and you see the meaty paw cover the lens.

Pro tip to the Bills, and maybe the rest of the NFL: An Amazon Fire Tablet is way less expensive.