HomeNewsSurface Pro 9: What to expect from Microsoft’s next 2-in-1
News

Surface Pro 9: What to expect from Microsoft’s next 2-in-1 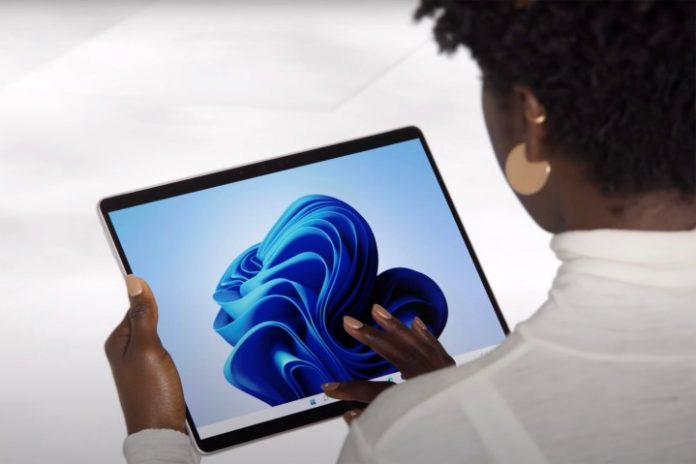 Microsoft’s Surface Pro 8 gave us what we wanted, with slim bezels, a gorgeous 120Hz display, and decent battery life. Now, we’re only a few weeks out from Microsoft announcing a new Surface Pro 9. What will it look like? How will it perform? Thankfully, there are enough rumors to give us a decent picture of what to expect.

The Surface Pro 9 isn’t expected to blow your mind. It is most likely going to be a minor update with a few tweaks to the Surface Pro line. Still, Microsoft is no slouch when it comes to development, and they could add some interesting features here and there.

Microsoft has not announced anything specific around the Surface Pro 9 yet, but we can take an educated guess based on previous Surface releases, which were all in October. Only the Surface Pro 5 was different when it was announced in June 2017. We’re confident in an October release date, though the specific date is still up in the air.

Microsoft usually holds some kind of Surface-specific product launch in the Fall, so it’s not hard to imagine that the Surface Pro 9 could get announced then.

While Microsoft has been quiet about the upcoming Surface Pro 9, it is a given that the new device will use Intel’s 12th-gen Core chips. We’re probably going to see an i5 and an i7 version, keeping in line with the previous Surface Pro launches.

However, there is some evidence that Microsoft will go with the more powerful P-Series chips, such as the i5-1240p. This would make sense, considering the P-Series is easier on battery life. Other than one mention of it, we haven’t heard anything else, so we’ll need to wait and see.

Been hearing from my sources for a while now that MS is planning to merge the Surface Pro X under the main Surface Pro line this fall, meaning the Surface Pro &quot;9&quot; will be available in both Intel and ARM flavors for the first time. Big milestone for WoA!

Perhaps the most surprising rumor going around comes from Zac Bowden over at Windows Central. He says Microsoft will merge the Surface Pro 9 with the Surface Pro X and offer an ARM-based version. There are few differences between the devices, and Microsoft already offers its Surface Laptop 4 in both Intel and ARM versions, so it makes sense.

However, the ARM-based Surface Pro 9 is expected to use Qualcomm’s powerful Snapdragon 8cx Gen 3 chip. Microsoft even made an appearance at Qualcomm’s release event late last year, hinting at the chip showing up in Surface devices. This could be it.

The Surface Pro 9 is expected to keep the same display as the Surface Pro 8, as far as we know. This means it will have a 13-inch 2880 x 1920 display with 120Hz adaptive refresh rate. This is already a great display with some advanced features for a device of its price.

Sadly, no. The rumors going around indicate Microsoft is keeping the same battery in the new Surface Pro 9 as they have in their previous iteration. However, if the Pro 9 uses an Alder Lake P-Series chip, it could mean some better battery efficiency thanks to specific performance cores in the processor. Once again, there’s no way to tell. We’ll need to wait and see.

One thing we have heard is that Microsoft will be including a 60W charger rather than the 65W charger the Surface Pro 8 came with. This could offer a clue as to Microsoft’s confidence in the battery life of their new device, thanks to Intel’s Alder Lake processors.

New colors are expected with the Surface Pro 9, although the overall design of the device will remain unchanged from the Surface Pro 8. This can be a good thing, as it means all those accessories you use for your Surface Pro 8 can be ported over. We’re not sure if Microsoft will announce any new accessories of its own to go with the updated device.

Lastly, we have heard Microsoft is embracing Right to Repair. Microsoft hinted at it themselves in an official Surface video on YouTube, which announces Microsoft’s acceptance of the EU’s new Right to Repair rules. Although the video is about the Surface Laptop SE, we expect Microsoft to apply this across their product lineup.

We have not heard any rumors about pricing for the Surface Pro 9. However, we’re able to get a good idea of what to expect thanks to past Surface Pro pricing.

We don’t expect the Surface Pro 9 to be too much more expensive than the previous generation. It will probably be priced between $999 for the base i5 model and could go up to $1,200 for the i7 and ARM models. You also won’t get a Type Cover for that price, though, as it’s sold separately.