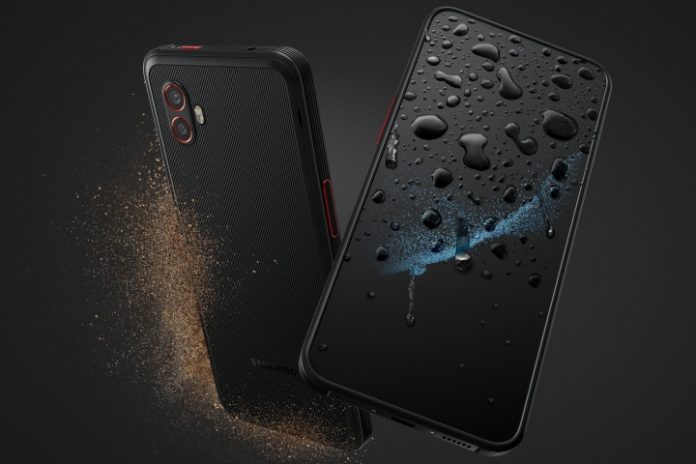 Samsung is adding a couple of new rugged devices to its portfolio – the Galaxy Tab Active 4 Pro tablet and the Galaxy XCover 6 Pro phone. Both are targeted at enterprise usage and frontline workers braving harsh conditions. The physical buttons on the phone and tablet can be programmed for a variety of tasks such as sending emergency SOS messages or enabling the walkie-talkie function.

Both the gadgets feature a military-grade build and come with a MIL-STD-810H certification that covers everything from water exposure and high temperature to extreme vibrations and high-altitude operations. Notably, these two are also the first 5G-ready rugged devices in Samsung’s portfolio, which is a neat addition. A Wi-Fi 6E upgrade is also part of the package, but there’s no satellite connectivity à la the iPhone 14 series.

Samsung doesn’t reveal the processor make, and instead only notes that it is based on the 6nm fabrication process. The onboard storage maxes out at 128GB, but the microSD card slot allows storage expansion by an extra terabyte. Another neat feature of the two rugged devices is a replaceable battery, and there’s also an option for charging via pogo pins.

Going a step further, Samsung is also offering a battery-free operation mode for the Galaxy Tab Active 4 Pro. In scenarios where the battery temperature becomes a cause of concern, it can be taken out, and the device will still function as usual, as long as it’s connected to a charging port.

The Galaxy Tab Active 4 Pro and Galaxy XCover 6 Pro can also be used as POS counters, and thanks to the in-house Knox system, they can be deployed for bar code scanning in warehouses. For the tablet, Samsung is promising three OS upgrades, while the Galaxy X Cover 6 Pro will get four Android version updates, matching the strategy Samsung has put in place for its flagship phones. Both devices will also get security updates for five years.

The phone and tablet come with an IP68-certified body, which means they can survive immersion in up to 1.5 meters of water for 30 minutes. Do keep in mind that the endurance claims cover only fresh water, and not saline water sources like the sea, which is also the case for wearables like the Apple Watch Series 8 and the Samsung Galaxy Watch 5.

The Galaxy XCover 6 Pro’s display is protected by a layer of Gorilla Glass Victus+, which is said to be capable of withstanding drops from a height of 1.5 meters, while also promising high resistance to scratches. The Galaxy Tab Active 4 Pro, on the other hand, goes with the Corning Gorilla Glass 5 that promises drop protection from a maximum height of 1 meter.

For scenarios where the screen is wet, or protection gear is necessary, the enhanced touch sensitivity feature comes in handy — as long as gloves are 2 millimeters or less in thickness. Notably, the S Pen that comes bundled with the tablet sits in its own silo and is also IP68-rated. Based on the market, Samsung may or may not ship the device with a charger in the retail package.

The Galaxy Tab Active 4 Pro is now up for grabs starting at $650 for the base variant with 4GB of RAM and 64GB of onboard storage. It is available from Samsung and Amazon’s respective business client storefronts, as well as through IT channel partners. As for the Galaxy XCover 6 Pro, Samsung hasn’t revealed the price yet, but it will be available more widely via carrier partners starting October 2, 2022.