HomeComparisonSamsung Galaxy S22 vs iPhone 14: Which should you buy?
Comparison

Samsung Galaxy S22 vs iPhone 14: Which should you buy? 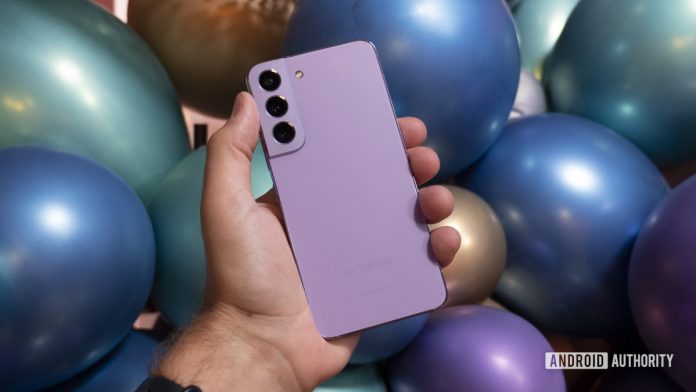 Apple launched the iPhone 14 series on September 7, 2022, with four new phones in the lineup. The standard iPhone 14 is the smallest (no Mini model this time!) and the least expensive iPhone of them all. Naturally, it goes head-to-head with its biggest rival in the Android world, the Samsung Galaxy S22.

Apple and Samsung are two of the biggest competitors in the smartphone space and are constantly trying to one-up each other with their flagship phones. Given that the iPhone 14 and Galaxy S22 are two of the most talked-about premium devices launched this year, it’s only natural to consider them both for your next smartphone purchase. The Samsung vs Apple conundrum is also made more complicated this year with the return of Apple’s “Plus” line with the iPhone 14 Plus, which goes toe-to-toe with the Galaxy S22 Plus.

So how do the two stack up against each other, and which is the right buy for you? Let’s dig into this Samsung Galaxy S22 vs iPhone 14 comparison to help you decide.

Looking for the Galaxy S22 Ultra and iPhone 14 Pro or Pro Max instead? We’ll be covering both brands’ ultra-premium phones in a separate showdown coming soon.

There’s one very big difference between the flagships when it comes to screen specs, however. While the Galaxy S22/S22 Plus and iPhone 14/14 Plus boast HDR displays with similar peak brightness values, the Samsung phones outdo Apple’s devices with their faster refresh rate panels.

The front camera placement is also starkly different on both sets of phones. The Samsung Galaxy S22 pair gets a punch-hole, center-aligned selfie shooter, while the iPhone 14 and 14 Plus bring the aging notch design with Apple’s “TrueDepth” camera system for facial recognition, a.k.a. Face ID. 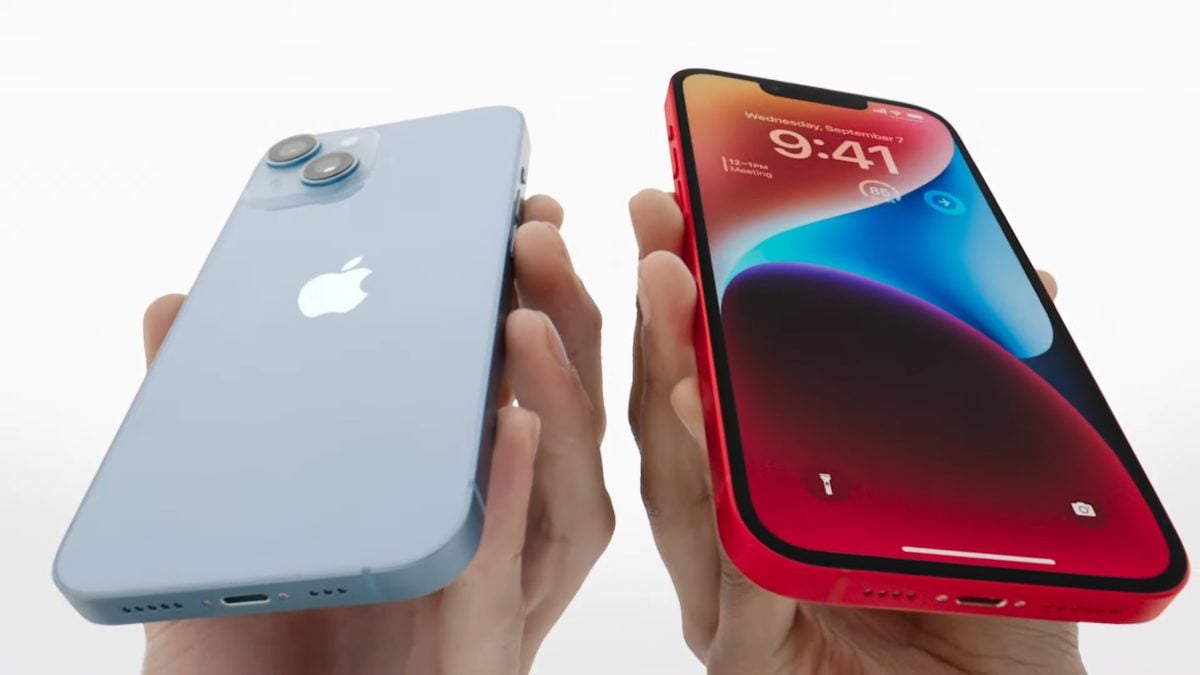 In terms of aesthetics and build materials, the iPhone 14 and 14 Plus are identical. The only difference is their size. The story is the same when it comes to the Samsung Galaxy S22 and Galaxy S22 Plus. They share the same build, albeit for the display and battery size.

Samsung and Apple both went with glass backs and aluminum frames on their phones. However, the Galaxy S22 series features Gorilla Glass Victus Plus coverage on the front, while the iPhone 14 and 14 Plus get Apple’s “Ceramic Shield” for damage protection. Ceramic Shield is also made by Corning, the manufacturer of Gorilla Glass. It is exclusive to iPhones, and Apple claims it’s stronger than glass protection on all other phones.

Another design feature the Galaxy S22 and iPhone 14 share is IP68 water and dust protection. So if you pick up either phone, know that you’re getting some of the best in the business when it comes to durability on mainstream flagship smartphones.

All-in-all, both Samsung and Apple have solid, premium designs backing their devices. It comes down to personal preference here, really. Whichever one you choose, you’ll have a good-looking phone in your hands. 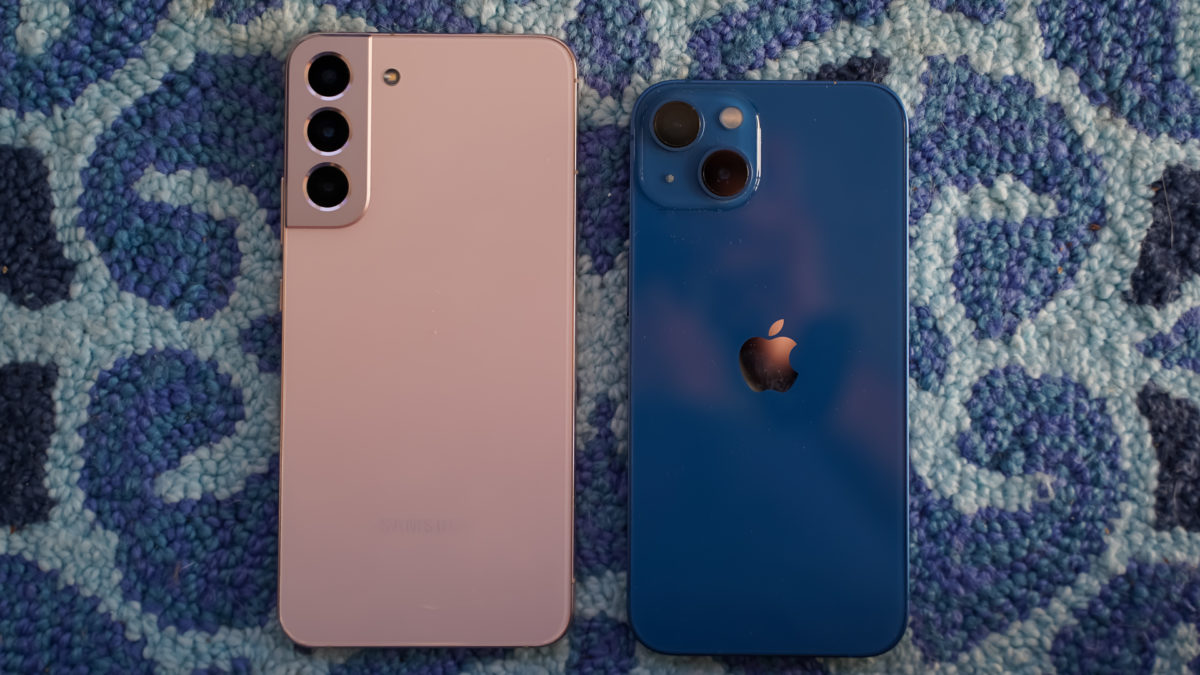