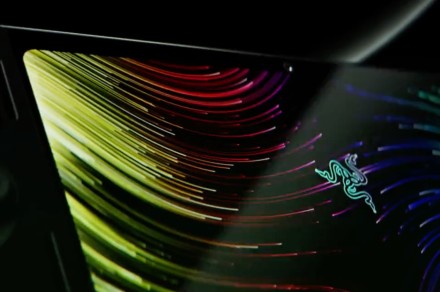 Razer partnered with Verizon and Qualcomm to announce its new mobile gaming handheld at Mobile World Congress Las Vegas on Wednesday, calling it the world’s first 5G mobile gaming handheld. It’s designed to allow people to play their favorite games whether they’re apps downloaded to play locally, streamed from their console of choice, or accessed directly from the cloud.

BREAKING: @Verizon, @Razer and @Qualcomm are teaming up on the world's first 5G mobile gaming handheld—Razer Edge 5G! It will allow you to play your favorite games regardless of whether you are gaming in the cloud, on an app or streaming from your console. https://t.co/TYPw5xFyeF pic.twitter.com/F9Vg3CfABl

The Razer Edge 5G was originally created by Qualcomm as a developer-only concept system last year called the Snapdragon G3x. In other words, the company only sent out a dev kit for the system for any game developer who wanted to give it a test run instead of selling it on the market. Now the 5G-enabled gaming handheld is built upon the same system, but with a few changes in its design if you paid close attention to the details in the teaser.

Most notably, the controller layout has added an extra button next to the triggers, seemingly bringing it more in line with the recently released Razer Kishi V2.

The announcement of the Razer Edge 5G comes nearly two months after the Logitech G Gaming Handheld was revealed by Tencent and Logitech. Digital Trends previewed the system last week, with writer Tomas Franzese noting that the device felt niche considering that people can stream cloud games on their phones already. The Razer Edge 5G could fall into that same category, but Verizon does emphasize that some games can be downloaded on the device and played locally.

The Razer Edge 5G will be officially unveiled at RazerCon on October 15.