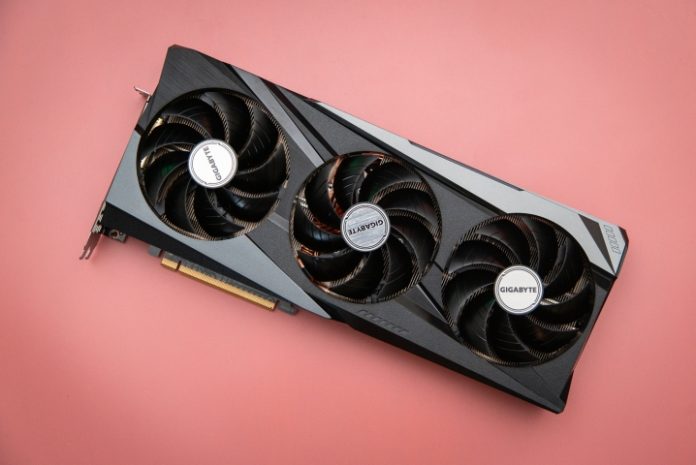 Nvidia and AMD have been competing for years, trading blows when it comes to claiming the coveted spot of the best GPU of the year. Nvidia was often dubbed the winner in these battles, but in recent years, AMD has caught up with its RDNA 2 cards. Now, it’s time to match up the flagships from Nvidia and AMD and see how they compare.

Nvidia’s GeForce RTX 4090 is the crown jewel of the brand-new Ada Lovelace RTX 40-Series lineup. AMD is yet to release its new graphics cards, although RDNA 3 is on the way. As such, Nvidia’s flagship is one generation ahead of AMD’s Radeon RX 6950 XT, but the latter can certainly stand its ground. Let’s see how these two beastly GPUs compare to one another.

Although both the Nvidia GeForce RTX 4090 and the AMD Radeon RX 6950 XT are at the top of their respective lineups, they vary greatly in terms of specifications. Looking at the specs alone, this won’t be a very fair comparison.

While the RX 6950 XT was only released in May 2022, it still sports a set of specs that belongs firmly in the previous generation of graphics cards. It marks a very slight upgrade over the Radeon RX 6900 XT.

The RTX 4090, however, rules the next-gen lineup and will easily become the most powerful consumer GPU on the market — until Nvidia eventually releases the RTX 4090 Ti, of course, or AMD strikes hard with the next-gen Radeon RX 7000 lineup.

The clock speeds are somewhat similar, but the RTX 4090 absolutely dwarfs the RX 6950 XT in terms of core count, bus width, and bandwidth. It also offers GDDR6X memory as opposed to GDDR6.

Comparing the performance of the Nvidia GeForce RTX 4090 to the Radeon RX 6950 XT is difficult to do accurately until the Nvidia card has been out for a while. Thorough testing and benchmarking will give us the numbers we need in order to make a proper judgment. However, even prior to its release, we’ve already heard a lot about the capabilities of the RTX 4090.

In short, Nvidia’s new flagship is a powerful GPU, no questions asked. Comparing it to the AMD Radeon RX 6950 XT is like comparing apples to blueberries — they’re both nice but are of an entirely different caliber.

The RTX 4090 is a card made for enthusiasts, with seemingly no limits in sight. Set to face content creation at the highest caliber, 4K gaming on ultra settings, and even more, the GPU will be able to plow through most tasks for a few years. Some of the leaked benchmarks suggest that the RTX 4090 might be the fastest GPU ever tested, with a 19,000 score on 3DMark Time Spy Extreme. For comparison, the Ampere-based RTX 3090 hits around 10,000. This makes the RTX 4090 almost twice as fast as its predecessor, marking a massive generational leap.

In addition to the above, the RTX 4090 will likely deliver amazing ray tracing performance and will feature Nvidia’s latest DLSS 3 technology.

The AMD Radeon RX 6950 XT, on the other hand, has been out long enough to have been tried and tested thoroughly. We’ve tested it ourselves, and we were not too impressed with the slight upgrade over the RX 6900 XT, but nevertheless, it is AMD’s best graphics card right now. The RX 6950 XT has an average score of 9,736 points in 3DMark Time Spy Extreme.

In our tests, the RX 6950 XT was able to beat the RTX 3090 in gaming, but only slightly. The ray-tracing capabilities of the graphics card are a letdown, but Nvidia does a great job of it; this is likely to continue into the RTX 40-Series generation, although AMD will hopefully improve with RDNA 3.

Stay tuned for the official RTX 4090 scores in all of the above, but it’s very safe to assume that it will outperform the RX 6950 XT by a mile (and then some).

The power requirements of Nvidia’s new flagship have been the topic of much speculation prior to its release, and no wonder — this card is one power-hungry beast. Nvidia’s Founders Edition model comes with a base TDP of 450 watts, which is the same as the previous-gen RTX 3090 Ti.

Of course, Nvidia’s RTX 4090 will also come in many custom flavors prepared by Nvidia’s board partners. These GPUs are rumored to hit a higher TDP — around 550 to 600 watts is entirely possible. It’s also worth noting here that the RTX 4090 is massive, so you’re going to need a really roomy case if you want to use it.

Compared to Nvidia, AMD keeps things positively frugal where power consumption is concerned. The triple-slot RX 6950 XT has a maximum TDP of 335 watts, and AMD suggests that a 700-watt PSU will be needed to run the card. This makes it much more power-conservative compared even to the RTX 3090, which has a TDP of 350 watts.

While the RTX 4090 is still brand new, the RX 6950 XT has been around for a while. It launched on May 10, 2022, and is available for sale at most of the major retailers, including Amazon. It launched with a $1,099 price tag and now hovers around that price thanks to the subsiding GPU shortage.

Nvidia has been, historically, more expensive than AMD, so it’s not a surprise to see the GeForce RTX 4090 arrive at a fairly high price — but in all fairness, it’s not as bad as some of us were expecting. Nvidia priced its own Founders Edition at $1,599, and we can only expect that the custom versions will cost more, given that they often ramp up the performance too. The GPU will be available starting on October 12, 2022.

The winner is clear

In terms of performance, it’s hardly even a contest, and we don’t even need to see the full benchmarks of the Nvidia GeForce RTX 4090 to reach a conclusion here. The RTX 4090 will blow the AMD Radeon RX 6950 XT out of the water, as it should, given that it belongs to a newer generation than the RDNA 2 GPU.

On the other hand, there’s also the price and the power draw to think about, and in both of those, the RX 6950 XT is a clear winner. However, if you’re sticking to that generation of GPUs, there are also plenty of other options to choose from, such as the RTX 3090 or the RX 6900 XT, which is barely worse than the RX 6950 XT but cheaper.

Once we get our hands on the RTX 4090, we’ll be able to pinpoint just how much better it is, but the answer is clear — it’s better but also more expensive. Make your call based on what you need and what your wallet can handle right now.