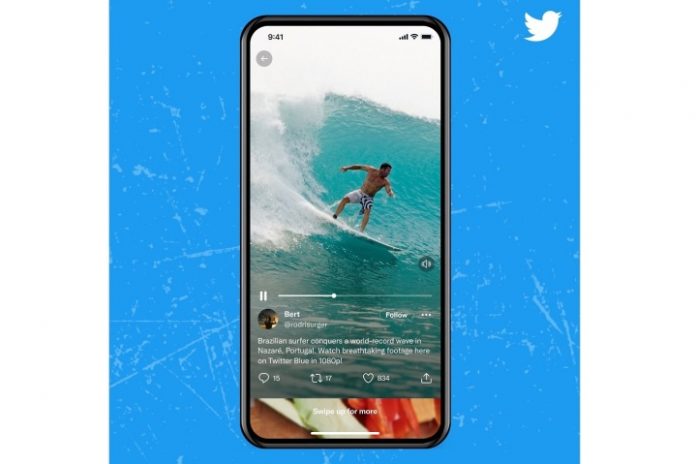 Is TikTok the new queen bee of social media? It appears so as even Twitter couldn’t resist copying TikTok. Twitter’s latest feature announcement seems to be yet another indication that the viral video app sensation is clearly the new leader among its peers. After all, TikTok is setting trends and its competitors are all following them.

On Thursday, Twitter announced two new video-focused features for its app and one of those features bears a strong resemblance to TikTok. That feature (known as the “immersive media viewer”) allows users to open videos in a vertical “full-screen mode” — just like TikTok — and continue to view more videos by swiping up (also just like TikTok).

Twitter’s blog post announcement said that the immersive media viewer feature is expected to be “available in the coming days” for users on Twitter for iOS who use Twitter in English.

The second new video-focused feature Twitter announced is a new video carousel that can be found in the Explore tab. Basically, it’s a section called “Videos for you” that displays a series of popular videos you may want to check out. This feature is available now for “people in select countries using Twitter in English on iOS and Android.”

(I did test out the new features on an Android device, and while the immersive media viewer didn’t seem to work (as expected) for videos featured in tweets, it did seem to work for me when I viewed videos in the new video carousel feature in the Explore screen. Via the video carousel, I was able to view some — but not all — videos in full-screen mode and I was able to swipe up to see more videos.)

Twitter is not the first social media platform to copy TikTok. Instagram is well-known for trying to do so — only to be met with quite the backlash. Facebook has also tried to catch up to TikTok’s success with its own take on video content, Facebook Reels. And YouTube is doing its best to have its creators start making their short-form video content for YouTube with its own version of TikTok videos called Shorts.

You would think Twitter would learn from Instagram’s mistakes. Especially since some of the backlash against Instagram’s TikTok-inspired changes found a home on the bird app itself, as those who wanted to complain about the changes took to Twitter to do so.