HomeNewsMicrosoft to Kill Off SwiftKey for iOS and Delist From App Store...
News 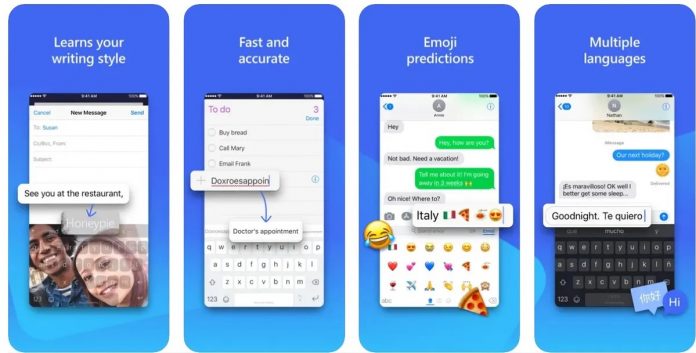 Microsoft is ending support for its SwiftKey predictive keyboard for iPhone and the app will be delisted from the App Store next week, the company confirmed on Wednesday.

Responding to a request from ZDNet’s Mary Jo Foley for more information after a lack of updates to the app for over a year, director of product management at SwiftKey, Chris Wolfe, gave the following statement:

“As of October 5, support for SwiftKey iOS will end and it will be delisted from the Apple App Store. Microsoft will continue support for SwiftKey Android as well as the underlying technology that powers the Windows touch keyboard. For those customers who have SwiftKey installed on iOS, it will continue to work until it is manually uninstalled or a user gets a new device. Please visit Support.SwiftKey.com for more information.”

Microsoft did not give a reason for its decision to kill off the app, but Foley speculates that it may be related to Apple’s policies about granting developers access to certain parts of its software, since if it chooses not to, “there’s no easy or good way to make a product which needs integration to work.”

Microsoft acquired SwiftKey in 2016. At the time, Microsoft said the keyboard was used on more than 300 million Android and iOS devices. The app uses a natural language processing algorithm that helps users type faster by predicting what they will type next. Microsoft plans to continue to support SwiftKey on Android for the foreseeable future.Tags: Microsoft, SwiftKey Keyboard
This article, “Microsoft to Kill Off SwiftKey for iOS and Delist From App Store on October 5” first appeared on MacRumors.com