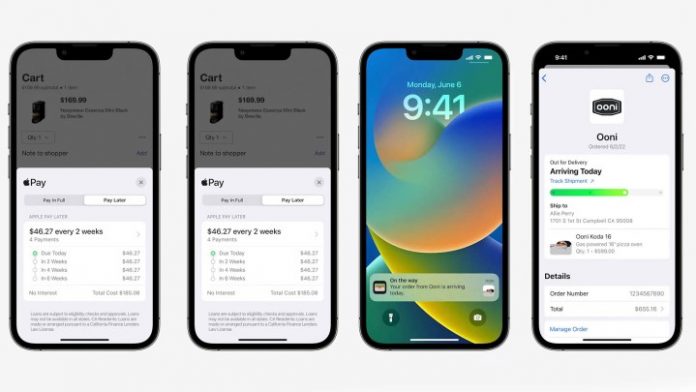 Nearly four months after its showcase at WWDC 2022, Apple Pay Later has already started living up to its name as Apple has reportedly decided to delay its official debut until 2023.

Bloomberg’s Mark Gurman wrote in his Power On newsletter (via 9to5Mac) that the reason Apple Pay Later may get delayed until early next year is that it was one of the features that didn’t make it in the initial iOS 16 update upon its September 12 launch, despite Apple promising it would be part of it during the WWDC 2022 conference. Gurman also points out that Apple did not disclose an exact time frame for the feature’s release, nor did it give any updates at its Far Out event more than two weeks ago.

“This leads me to believe that the company isn’t completely certain when Apple Pay Later will be ready for launch,” Gurman said. “It’s possible the feature won’t arrive until iOS 16.4 in the spring. I’m hearing there have been fairly significant technical and engineering challenges in rolling out the service, leading to delays.”

The “technical and engineering issues” Apple is facing in fine-tuning Apple Pay Later are currently unknown. However, those issues may have more to do with the problems surrounding the company’s extension of Apple Pay.

As its name heavily suggests, Apple Pay Later is Apple’s version of a BNPL service. Like Afterpay, Affirm, and Klarna, it promotes flexible spending, letting people purchase certain things in four installments or less without interest. Although the company is having its subsidiary, Apple Financing LLC, handle lending for Apple Pay Later, the Consumer Financial Protection Bureau has been scrutinizing BNPL services since December 2021 and may do the same with Apple’s service. This is because it found that people who use BNPL services accumulate more debt and overdraft more often than those who don’t. Between that and the other technical issues sreportedly happening in the background, the wait for Apple Pay Later may go on for a while longer.