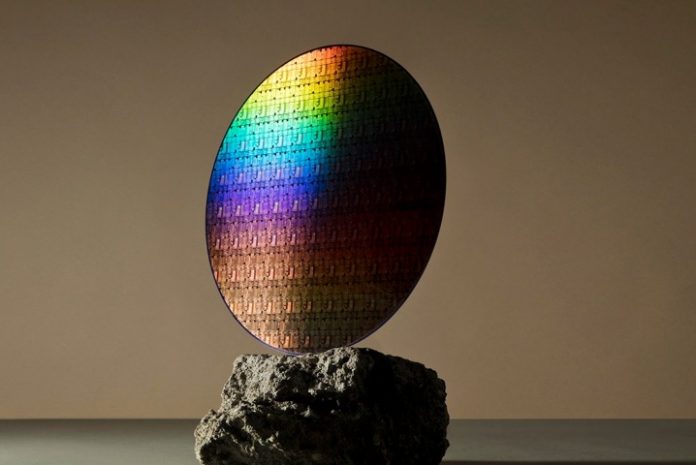 The decades-old debate over Moore’s Law was brought center stage following two major announcements over the last week — one for Intel’s upcoming Raptor Lake processors and the other about Nvidia’s RTX 4090 graphics card.

Intel, in keeping with its consistent messaging since CEO Pat Gelsinger took the reins, proudly stated that “Moore’s law is alive and well” to a roomful of applause. This came just a week after Nvidia CEO Jensen Huang restated his belief that Moore’s Law is, in fact, dead. Both tech CEOs can’t be correct, which means there’s more going on in these two statements than meets the eye.

What is Moore’s Law, anyways?

Moore’s Law is named after Gordon Moore, the co-founder of Intel and Fairchild Semiconductor. Moore recognized a trend in the world of computing: about every two years, the number of transistors on a chip would double. He wrote about the trend in 1965 in an article in Electronics Magazine, but it wasn’t as well-thought-out as you might think. Moore says he considered the publication “one of the throwaway journals” in an interview with The Economist, stating he “blindly extrapolated” the trend based on his experience.

It wasn’t until 1975 that Moore’s Law even became a concept, with that specific name coming from Carver Mead (according to a 2006 article from none other than Gelsinger himself). And just like the origins of Moore’s Law, the debate over if it’s alive today is just as messy and poorly defined, and it’s largely being used as a touchstone for whatever product a semiconductor company is selling at that time.

For Intel, Moore’s Law represents a justification for its process road map, which currently ends in 2025 with the “Angstrom era” of  transistors, where we’ll stop measuring in nanometers and start measuring angstroms (a tenth of a nanometer). This road map suggests Moore’s Law isn’t dead, which was an opinion shared by chipmaker TSMC in a bold 2014 article simply titled “Moore’s Law is not dead.”

Gelsinger says it will continue to pursue Moore’s Law “until the entire periodic table is exhausted” and considers Intel a “steward” of the concept. It’s all a part of Intel’s new identity and vision under the leadership of Gelsinger in this new era of reinvesting in new fabs and aggressive road maps.

Currently, there is a physical limit to how small transistors can go, however. In 2006, Moore estimated it would be another 10 or 20 years before his law reached that limit. “In terms of size [of a transistor], you can see that we’re approaching the size of atoms, which is a fundamental barrier, but it’ll be two or three generations before we get that far.”

Interestingly, even Moore’s recent prediction is proving true today. An atom is about 0.1nm (or 1 angstrom), and Intel’s road map ending in 2025 will start pushing toward getting down to the transistor size of an atom. That technology is progressing, as evidenced by IBM’s 2nm transistor and TSMC saying it will start producing 2nm chips in 2025. Beyond that point, it’s a problem for engineers to sort out. After all, this is far from the first seemingly insurmountable roadblock Moore’s Law has faced.

But let’s get back to Nvidia. When Huang told the press last week that “Moore’s Law is dead,” he’s talking about it from an economic approach. In particular, as a justification for higher GPU prices. Moore’s Law only refers to the number of transistors doubling every two years. Huang seems to be referring to Rock’s Law (or Moore’s second law), which says the cost of fabricating semiconductor chips doubles about every four years.

That trend has been largely disproven over the last several decades, with the cost to make a new fabrication plant flatlining around the early 1990s. That remained true until a pesky pandemic stirred up supply chains. Now, Nvidia’s manufacturing partner TSMC is raising costs. Huang wasn’t lying we he said a “12-inch wafer is a lot more expensive today.”

So, who’s right? Well, no one, as it turns out. Moore’s Law isn’t a law of physics or nature, and neither is Rock’s Law. Both are trends recognized by engineers decades ago, and although they have largely held true, the ones who defined the “laws” are also the ones responsible for executing them. That’s a common criticism of Moore’s Law; it’s a self-fulfilling prophecy.

At best, Moore’s Law is an internal yardstick that companies like Intel and Nvidia can measure against when planning road maps years into the future. The real problem, though, is that it’s often treated like a baton that executives can pass between each other to justify a decision. They’ll happily take up whichever argument happens to better fit their business model. So, remember that the next time a tech CEO gets on a stage and starts talking about Moore’s Law — whether as an excuse or a rallying cry.