I pitched my ridiculous startup idea to a robot VC 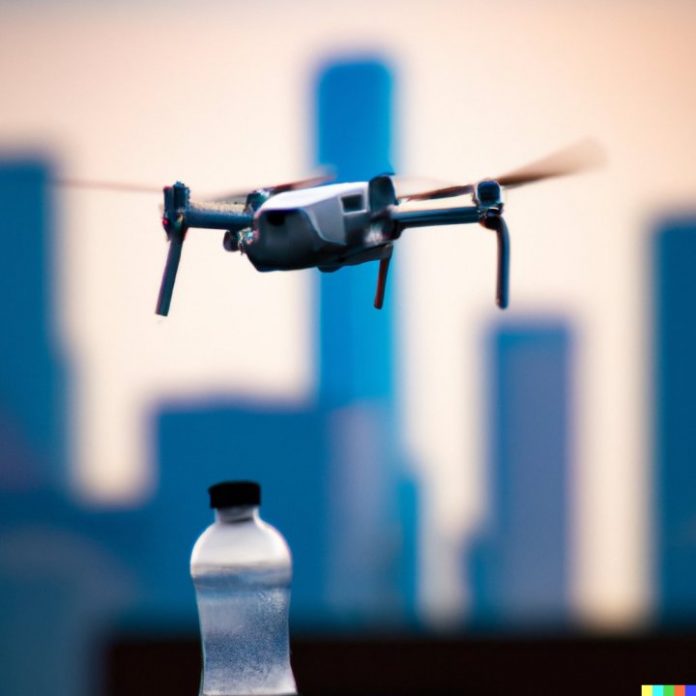 Aqua Drone. HighTides. Oh Water Drone Company. H2 Air. Drone Like A Fish. Whatever I called it, it was going to be big. Huge. Well, probably.

It was the pitch for my new startup, a company that promised to deliver one of the world’s most popular resources in the most high-tech way imaginable: an on-demand drone delivery service for bottled water. In my mind I was already picking out my Gulfstream private jet, bumping fists with Apple’s Tim Cook, and staging hostile takeovers of Twitter. I just needed to convince a panel of venture capitalists that I (and they) were onto a good thing.

There were three VCs in total. The good news was that at least one of them already loved my idea. But he still had a few pointers. I should, they suggested, focus on a niche market, whether that be athletes, office workers, or music festival attendees. They also wanted me to do a better job articulating why people should buy water from a drone rather than just picking it up at the store. Fair enough, I suppose. Not everyone can quite envision the widespread appeal of bottled water from the sky.

This image was created by the text-to-image generator known as DALL-E, based on a description of my imaginary startup

The second VC was a bit more on the fence. They had questions about the margins and value proposition.

But the third was the killer. They told me in no uncertain words that my would-be unicorn was a “terrible idea.” Didn’t I know, they wondered, that most drones struggle to carry significant weight and that bottled water can be heavy? Also, big players like Amazon are already focused on drone deliveries and, critically, are looking to deliver more than just thirst-quenching water. Finally, the third VC broke out the worst news yet. “People don’t want their water delivered by drones,” they said. “It would be creepy.”

Whether by email, phone, or in-person, some variation of this conversation takes place every single day. According to the business analytics firm CB Insights, last year tech startups raised a record $621 billion in venture capital funding globally.

The venture capitalists I was communicating with were a little bit different, however. For starters, they had no money to invest. They also didn’t exist, at least not outside of the ones and zeros of the world of software. The three VCs – one positive, one ambivalent, one “kind of a jerk” – are the creation of 44-year-old entrepreneur and anthropologist Francis Jervis.

Jervis previously used it in a product offered by his startup Augrented, which leveraged GPT-3’s wordsmithery to help people struggling to pay rent to write automated letters negotiating settlements with their landlords. Augrented users needed only write some rough bullet points about why a discount was needed, and Jervis’ tool would then rapidly output formal-sounding, persuasive lines of text that could be added to a letter.

PitchExpert is built around a similar paradigm — except this time it allows founders to input details of their would-be startup venture and receive a critique of it, including actionable feedback.

This level of knowledge is a critical part of being a successful venture capitalist. VCs carry out what is known as long-tail investing, based on the idea that a small number of hyper-successful investments (say, a Facebook or a Google) will more than make up for a much larger number of failed investments elsewhere. It’s a high-risk form of investing that, in some ways, is closer to gambling than traditional investing. Unlike the typical bell-shaped distribution seen in stock market investments, gains from venture capital appear more like irregular spikes.

What separates VC investing from pure gambling is the experience and knowledge possessed by venture capitalists who use this not just to select investments but also to gently guide founders. That’s what Jervis set out to automate.

PitchExpert’s website notes that its AI was “trained on a very wide range of documents from across the internet, so in many cases, it’s able to make predictions for what an investor might say that include relevant facts about the market for your product.”

“GPT-3 is trained on a huge set of content crawled from the internet, but it’s doing more than ‘semantic search’ for sentences out there which are relevant to the topic,” Jervis told Digital Trends. “It can handle completely novel ideas and generate useful responses to them even. Deep learning models like GPT-3 are largely black boxes. Fundamentally, what’s happening is it is using statistics to guess what word comes next. In simple terms, it turns out that when you write a prompt that requires the model to guess what an expert in a given field would say, it does a lot of work to make that convincing – and the upshot of that is it has to ‘reason’ to do its job.”

PitchExpert, he explained, currently uses no additional training data that’s not part of the original GPT-3 model. However, in the future, he’s considering augmenting it with additional data sources so that it could absorb information about how a company’s website is performing, its revenue, and other metrics – and give more tailored advice based on that.

In the case of my water bottle drone delivery system, PitchExpert’s advice was probably entirely too sensible for what my very silly startup idea deserved. While some of it was relatively generic (How do you plan to scale? Think about the value proposition), other comments were surprisingly on-point. It identified some of the available markets that would be open to bottled water by quadcopter and noted that one of my biggest competitors would be the not-exactly under-resourced Amazon.

Other, more serious founders say that they have greatly valued the advice of PitchExpert, though. “PitchExpert gives you feedback that feels like it comes from real VCs,” Josh Smith, creator of keyboard shortcut service Keyhero told Digital Trends. “I’m not interested in raising money: I’m interested in building a useful product. The value of talking to an investor for me is not in their money; it’s in their advice. Having fundraised before, I can tell you that the responses felt real and were genuinely helpful.”

All of which raises a very interesting question: Is Jervis’ tool a serious product or, well, something a bit cheekier and more subversive? “I wouldn’t use the word ‘parody,’” Jervis said.

Perhaps not. Still, there’s something undeniably provocative about the notion that, after decades of making millions of dollars from disruptive tech investments that can automate swathes of everyday jobs, VCs could conceivably be on the chopping block themselves. Most people are familiar with “Quis custodiet ipsos custodes,” a quotation from the Roman poet Juvenal, which translates as “Who watches the watchmen?” But how about “Who automates the automators?”

Sure, PitchExpert doesn’t have the risk capital funds to invest in startups or the Rolodex to point founders toward other adjacent parties. Nonetheless, it’s an intriguing start. At their root, venture capitalists are intermediaries who connect startups in need of money with money in need of startups. And if the past few years of streamlined, one-click tech innovation have taught us anything, it’s that middlemen can be terrifyingly easy to automate out of existence.

Maybe there’s a good reason Jervis doesn’t view this as either a 100% serious product or a 100% parody, though. Like some kind of Schrödinger’s VC, PitchExpert can somehow exist in both states at once, serving both purposes quite satisfactorily. As Jean Baudrillard wrote about his pet concept of the simulacrum: “The simulacrum is never that which conceals the truth – it is the truth which conceals that there is none.”

The reason shows like Black Mirror work is because, underneath it all, we realize that there’s very little to separate much of today’s tech from some kind of hyperreality satire. Think of TikTok, a time-sucking video feed that’s so mind-readingly tuned into what you want to see that it’s practically impossible to draw yourself away from it. Or Twitter, a previously 140-character messaging app that has, at times, been used to conduct international diplomacy between powerful individuals who really know better. Or Google, a company that wants to organize and monetize the entirety of the world’s information to make it more useful.

These are high-concept ideas that, in another iteration of the multiverse, could easily be dreamed up by sci-fi writers to poke fun at Silicon Valley and what McKenzie Wark calls the “vectoralist class.”

Ultimately, we get the tech we deserve. And in a world of increasingly autonomous machines, maybe it’s right that it’ll be the bots who know what we desire more than we do — and help us decide which products and tech startups get the go-ahead.

Even if they were disappointedly lukewarm on water bottles delivered by drone.

Facebook
Twitter
Pinterest
WhatsApp
Previous articleOnePlus 10T pre-orders go live in the U.S., and with a big 5G fix
Next articleSamsung’s Galaxy A23 5G packs a 120Hz display and a huge battery for $300
- Advertisment -