HomeHow toHow to wear the Apple Watch Ultra and not look like a...
How to 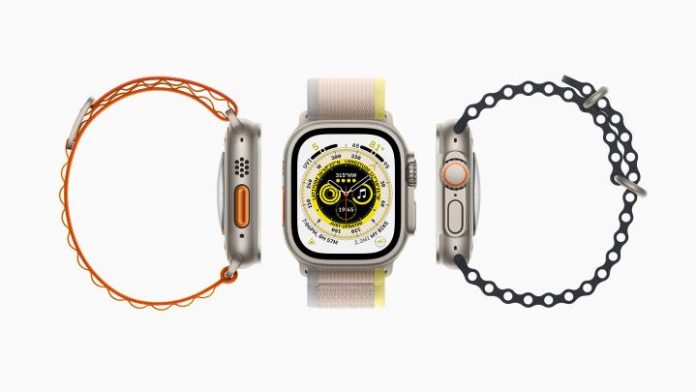 I’m accustomed to making excuses about why I am wearing a watch that performs a specific purpose really well, despite not taking advantage of said purpose. For example, I love wearing divers watches, but I can’t remember the last time my head was beneath the surface of any body of water.

It’s a situation I, and I think quite a few other people, are going to have to deal with if they decide the new Apple Watch Ultra is the smartwatch for them, particularly if the most adventurous they get is to try a Starbucks on the other side of town, just for a change. Welcome to the delicate art of wearing a tool watch without looking like a tool.

If you’ve not heard the phrase “tool watch” before, it’s quite common in watch circles, where it’s used to describe a watch that has been designed to perform a specific function, or to deliver professional features that serve a particular type of job or situation. A divers watch must cope with the rigors of being used underwater, and a pilots watch must have features useful for those who fly planes, for example.

The phrase is overused today, and can be attached to watches that absolutely are not tool watches, but luxury timepieces that put aesthetics and desirability ahead of any expectation that the wearer will regularly make use of its impressive functionality. What happens at this point is you wear a complex, statement-making watch with features you end up explaining to people, who then question why exactly you need such a thing on your wrist.

A perfect example is the Omega Seamaster Professional Diver 300M, which has what looks like a second crown at the 10 o’clock mark on the case. It’s actually a helium escape valve, which is used to purge helium gas from the watch’s innards after deep sea “saturation” diving, a highly specific commercial diving practice that requires special certification, and is really quite dangerous.

At $5,400 upward, I’m going to assume almost all those who buy the Seamaster Diver 300M will never, ever use the valve for its intended purpose, and are really more interested in looking like James Bond. But at some point, they will have explained why it’s there to someone who then replies, “But why do you need that? We’re in a sushi restaurant and you work for a bank.”

What does this have to do with the Apple Watch Ultra?

If you wear the Apple Watch Ultra, then you will face the same situation as the James Bond wannabe. Why? Because for a start, Apple also announced the Apple Watch Series 8 during its September 7 Far Out event, and it has more than enough tech, toughness, and safety features for the average urbanite. Second, if you’re not an actual adventurer, you probably won’t need all the things the Ultra can do, ever.

What things? The Apple Watch Ultra has a dive computer and a depth gauge for real-time data and measurements when diving, plus it has advanced GPS and a new antenna design for a better signal in environments where normal GPS signals can be blocked, such as dense forests. There’s an 86db siren to get attention, special straps that are secure and simple to fit around thick jackets or wetsuits, a big button to mark your location on a map when hiking, and button guards around the massive new Digital Crown, so you can use it with gloves and not worry about bashing it when climbing mountains.

Get ready to explain all this because the 49mm case ensures people are going to notice the Apple Watch Ultra on your wrist. It’s big because most true tool watches are always big, as they need to fit a lot of tech and features inside while maintaining toughness. If you order one with the new Alpine Loop or Ocean Band strap, which comes in some pretty bright colors, then people really are going to look at it and then start asking questions.

Get ready to justify your purchase

Here’s a scenario. You’ve got your new Apple Watch Ultra on your wrist, and you’ve just demonstrated the siren. When the ringing in everyone’s ears has stopped, brows will furrow, and someone will say, “Why do you need that?” The time has come when you must justify your tool watch to the incredulous masses.

You’ve got a choice. Option A is to make vague claims about it being an important safety feature useful in the event of an unforeseen circumstance, and we should all be prepared for any eventuality, no matter where we live or what we do at the weekend. You’re fooling no one, of course, and everyone will nod and slowly move away. It’s no different from saying the helium valve on the Omega Seamaster adds character to the design. Sure, whatever you say.

Option B is much more difficult, but it’s the path down which one must go in order to avoid tool-ness. It’s to actually take advantage of what the Apple Watch Ultra can do when you get it. If you’re going to buy it, then use it. Don’t get it because it’s a titanium Apple Watch or because it costs quite a lot of money. It genuinely has a higher degree of ability and functionality than the standard Apple Watch Series 8, so get out there and give the features a try in the real world. Hike, dive, climb, run, anything — just see what the Apple Watch Ultra can do in its preferred environments.

Many people have used fitness wearables, including the Apple Watch, to start new exercise regimes. There’s no reason why the Apple Watch Ultra can’t motivate you to take things a step further. It could introduce you to new hobbies, new people, and prompt a healthier, more varied, and exciting lifestyle. And when that time comes when you have to explain why you’ve got a big, tough tool watch on your wrist, you’ll actually have a reply ready that doesn’t make you look like a tool at all.

Facebook
Twitter
Pinterest
WhatsApp
Previous articleSamsung is facing a class action suit over a recent data breach
Next articleMaster of Nothing: Carl Pei on the business of hype, and building an ecosystem
- Advertisment -