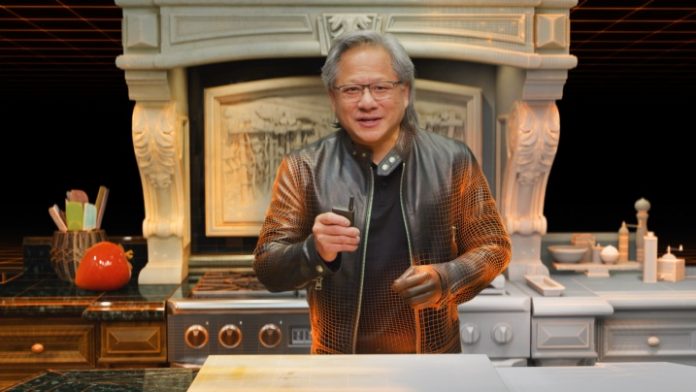 It’s possible we’ll see more than just next-generation GPUs as well. Here’s how to watch the RTX 4090 launch live and what to expect out of the presentation.

Nvidia CEO Jensen Huang will deliver the company’s GTC 2022 keynote on Tuesday, September 20, at 8 a.m. PT. The presentation will likely be streamed on Nvidia’s YouTube channel, but you can bookmark the stream link on Nvidia’s website as well. We’ll embed the stream here once it’s available, but in the meantime, you can watch a short teaser for the event above.

Although the executive keynote is what most people tune in for, Nvidia’s fall GTC event lasts most of the week. It runs from September 19 to September 22, fully virtual. You can attend additional developer sessions — you can register and build a schedule on Nvidia’s GTC landing page — but they’ll focus on how developers can use Nvidia’s tools, not new product announcements.

Registration is required to attend the developer sessions. The keynote doesn’t require registration, however, and should steam on Nvidia’s YouTube channel.

What to expect from the Nvidia RTX 4090 launch

The first thing you should expect from the RTX 4090 launch is, well, the RTX 4090. Although Nvidia hasn’t confirmed any details about the card, or even that it’s called the RTX 4090, we saw the full specs leak a few days ago. According to the leak, Nvidia will announce the RTX 4090 and two RTX 4080 models — a 12GB variant and a 16GB variant.

It’s all but confirmed that Nvidia will launch its next-gen GPUs, which rumors say could offer double the performance of the current generation. Some leakers are saying the key feature of these cards is a configurable TDP. The story goes that each card will have a base power draw that’s in-line with what you’d expect from a GPU, but that users will be able to dedicate more power to the card for increased performance.

There’s a chance we’ll see more than the new cards, too. Nvidia has been teasing something called Project Beyond for a couple of weeks, posting vague videos to the GeForce Twitter account that show a desktop setup adorned with various clues. One recent video showed the PC starting a render in Adobe Media Encoder, suggesting it may have something to do with creative apps.

Although it’s possible Project Beyond is just Nvidia’s branding for the RTX 4090 launch, it’s probably something different. In Nvidia’s most recent earnings call, the company said that it planned to reach “new segments of the market … with our gaming technology.”

That could mean anything, but we can still make some informed guesses. Last year, Nvidia shared a demo of games running on ARM PCs, laying the groundwork for ARM-based gaming in the future. Although Nvidia’s acquisition of ARM fell through, there’s still a good chance the companies are working closely together.

New segments of the market could mean PCs that don’t use traditional x86 CPUs like the ones offered by Intel and AMD. This is pure speculation, but ARM gaming has been a big focus of Nvidia for a while, and the company provides several of its gaming features for developers working on ARM applications.

Project Beyond could also be a tool for creators. Not only has Nvidia teased video encoding, but CEO Jensen Huang specifically called out streamers, vloggers, and other types of content creators during the company’s most recent earnings call.

We’ll need to wait until the keynote before knowing for sure, though. The RTX 4090 announcement is almost a sure deal, but it looks like Nvidia will have an extra surprise in store, as well.