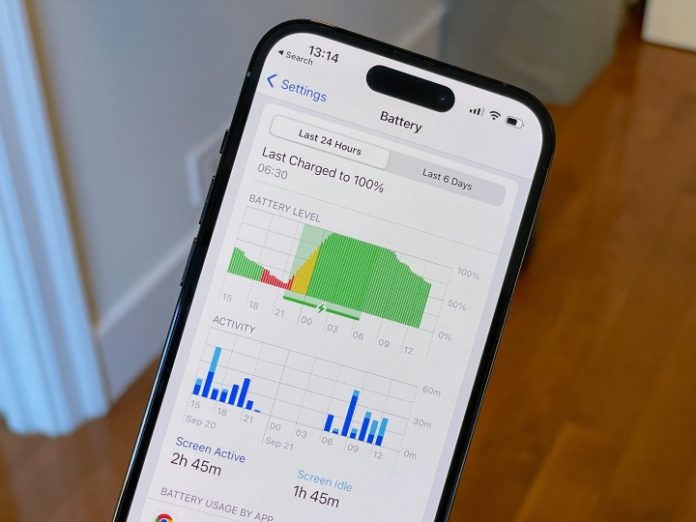 The iOS 16 update has been out in the wild for a week, available to those who have an iPhone 8 through to the iPhone 13, as well as coming pre-installed in the iPhone 14, which was released last Friday. After installing the update, people haven’t considered one element: the number of apps running in the background that drain their iPhone’s battery life.

Contrary to popular belief, the iPhone’s battery dying from having too many apps open at once is a myth. Apps don’t necessarily “run” in the background, either. Most of them are suspended a few seconds after they’re closed, while others are forcibly suspended after finishing tasks such as syncing and uploading files within 10 minutes.

If you’re still superstitious about how much battery life your favorite apps are consuming and you want to save your sanity, here’s how you can check.

How to check battery consumption by app usage

Checking how much battery your apps consume is extremely easy. All you have to do is go to the Settings app and follow these simple steps.

Step 1: Open the Settings app, scroll down to the Battery tab, and tap it.

Step 2: In Battery, scroll down to the list that reads Battery usage by app. This will give you a breakdown of the apps you use most often and the percentage of their power consumption.

Step 3: To see Activity by app, tap Show activity. This calculates how much time you’ve spent on each app as well as how long they’ve been running in the background.

Checking how much battery your apps are eating up not only helps prolong the daily battery life of your iPhone, but it will also help you better manage your screen time (as well as the screen time of your children old enough to own an iPhone). If you’re shocked by the amount of time you’ve spent on your phone, maybe take a look at our Screen Time guide so you can help cut down on time in specific apps.

Facebook
Twitter
Pinterest
WhatsApp
Previous articleWe can’t believe how big this HP Spectre x360 2-in-1 laptop’s discount is
Next articleDell XPS 13, 15, and 17 laptops are all on sale today — save hundreds!
- Advertisment -