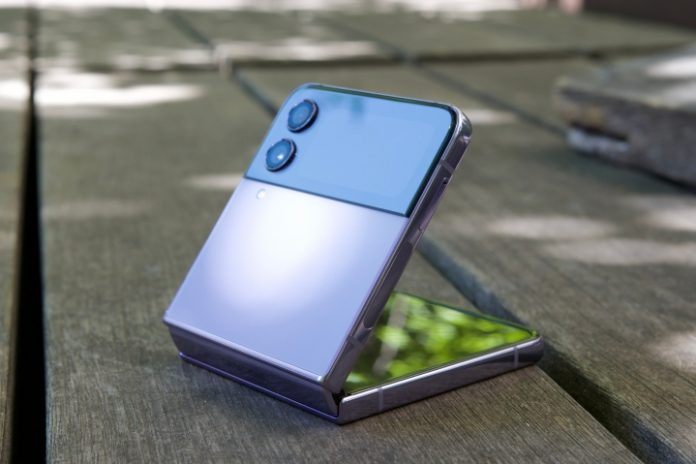 I reach for my phone subconsciously every few moments, no matter what notifications I have to read or respond to. I soothe myself by saying that this behavior is not uncommon; it is widely endemic, especially in modern societies where phones play a major part in our lives.

However, the Samsung Galaxy Z Flip 4 has been instrumental in helping me break the unhealthy habit of checking my phone frequently, especially when all I need is to abate boredom. The upgrades over the Galaxy Flip 3 make it a much more desirable smartphone without affecting its ability to inspire you to dismiss unimportant notifications and leave the phone aside proactively.

Phones take too much headspace — but do we have a choice?

We are far more dependent on smartphones than we care to admit. We jitter instantly at the thought of losing them, and even a few moments of being awa from themy can inflict separation anxiety. Our emotional attachment to our phones leans into the realm of unhealthy dependence, and many experts liken this fixation to substance abuse.

With our phones getting more competent than ever, accomplishing almost everything on them and juggling between different tasks at hand has become a frictionless drill. But our phones creep through more than just our work. Entertainment — the primordial cure for boredom — is among the biggest utilities of our smartphones. We find movies, music, games, and a gushing flood of information to keep us titillated, yet we constantly seek more but never feel satisfied.

In moments of reflection, I hold myself guilty of relinquishing my attention to mind-numbing scrolls on Twitter, frivolous games, and dog videos to spike my dwindling serotonin levels. The realization is — to say the least — unpleasant, which is why I prefer to avoid such poignant and torturous epiphanies. It is much easier to feel amused by crushing candies or watching videos of ninja cats aor people slamming into a pole while walking because they were looking at their phones instead of paying attention to where they were going.

After you’re done laughing at the video, you might also realize that is us as a society; we are constantly looking down into our phones, careening through our daily lives to accommodate our phones so they can participate in every activity with us, record us, and help us share these moments almost immediately.

So, what’s the solution? While some phones like the Palm Phone have tried (and failed) to combat nonstop phone usage, Samsung has proven to have the right idea with the Galaxy Z Flip 4. It’s a spectacular piece of technology that inspires me to be conscious of my usage, particularly by purposefully delaying my dash toward my phone at the first ding. More importantly, it allows me to do so without compromising my need for supe-fast processing or a reliable camera whenever I need it.

Below, I list a few reasons why it might be a great phone for anyone who’s too invested in smartphones to completely give up using one while still being inclined to cut back on their phone usage.

As I have admitted above, I habitually pick up my phone and start to use it aimlessly, often out of boredom. But on a deeper level, this compulsive habit of checking my phone every few minutes — sometimes right after I have put it down — comes from the pressure to stay connected and on top of all my notifications.

One gaze at the lock screen to check the notifications quickly morphs into checking notifications on social media. And before I can take note, I have already scrolled past about a dozen posts on Instagram or Twitter.

I receive hundreds of notifications (notwithstanding Instagram, Twitter, Facebook, and Reddit, for which I have turned off push notifications). To escape this tumultuous inflow, I rely on Android’s Focus mode at work and DND at night to keep them from disturbing me. But in the remaining eight to 10 hours that I have my phone readily accessible, I am often nagged by (primarily promotional) push notifications that are either irrelevant or trivial and unimportant.

With each notification that nabs my attention, there is a possibility for me to give into my nomophobia (NO MObile PHOne phoBIA) and the fear of missing out (FOMO). For anyone less than a Zen master, that desire is flirtatious enough to entrap them at least once or twice in hundreds of notifications. For me, the number is much, much higher.

To my surprise, the Galaxy Z Flip 4’s cover screen has helped me curb these urges significantly in the past month that I have used it as my primary smartphone. Essentially, every new notification that arrives on the Galaxy Z Flip 4 notifies me with the app’s icon on the outer screen. If the notification is not marked as private or if the smartphone has already been unlocked with Smart Lock or using the side-mounted fingerprint sensor, it will also show the contents of the notifications.

This primitive and crude method of showing notifications makes it immensely easy to focus on important notifications and only flip the phone open when there is a notification from an important app. You can even view time, check reminders, set or change alarms, and control the currently playing media right from the outer screen — and these controls prevent you from flipping the phone unnecessarily.

You only need to open the phone when necessary

Sometimes, the ambiguity of whether a particular message is crucial or not makes us give into the desire to look at the phone’s display. When that happens, my flailing attention has already severed because of a string of notifications, and I have been yanked out of focus.

Honestly, a major chunk of these notifications are not worth the attention. And this realization rushes in with a sense of regret. In rare moments of frustration or emotional volatility, this regret can also welcome a flurry of negative emotions, including but not limited to self-criticism and self-loathing.

In contrast, flipping open the Galaxy Z Flip 4 is cumbersome compared to just pressing the power button or raising your phone. Therefore, the initial few days with the phone can be highly frustrating as you have to open it to check every new notification and bend it back. But as you get used to waiting that extra second, it aids in a more conscious and mindful response to emotions. The time you spend while flipping the phone open is ample to evaluate if it is worth the attention.

Closing the Flip 4 means something

Clapping the Galaxy Z Flip 4 back into its folded position is one of the most satisfying experiences of using the phone. Whether to end a call or conclude a task, the gesture is symbolic; it marks completion and triggers our brain to keep the phone down. This inspires the brain to look for other activities instead of seeking more stimulation from the phone.

Completion is also satisfying for the mind. Whenever we finish a task — whether small or large, a neurotransmitter called dopamine is released in our brain. Dopamine is traditionally linked with the brain’s reward center — and how (usually unhealthy) pleasures trigger a dopamine release, giving the chemical a bad rap. More recent research, however, shows dopamine is associated with motivation and persistence to achieve a reward instead of the reward itself.

Although the way this chemical prompts us to take action is fairly complex, the physical indication of completing a task on your phone could inspire us to keep the phone down more often when we don’t necessarily need it.

With all these things now laid out, it is unavoidable to talk about one aspect: you have to open the phone for every important task. As I mentioned above, this can be extremely frustrating, especially in your earlier days of usage. Eventually, it conditions you to keep the Galaxy Flip 4 folded when you are not using it. While you can keep the phone unfolded at all times, concerns about the sturdiness of foldable displays will incite you to flip it back — unless you are actively using it.

Thankfully, there are surefire ways to run apps — even games — on the Galaxy Z Flip 4’s (as well as the Flip 3’s) cover display. However, you will still need to open the phone when you wish to immerse fully in an app.

Because of this, my screen time from my previous daily driver — Galaxy S22 Ultra — has gone down from about six to seven hours daily to less than four hours on the Flip 4.

A dynamic solution to save the day

The flexibility to ignore notification and deciding whether you actually need to use the phone or not has a compound effect in the case of the Galaxy Z Flip 4 for the many reasons I mentioned above. If you are unhealthily attached to your smartphone and want to experience a detox without actually giving up on flagship performance and good cameras, the Galaxy Z Flip 4 may be the perfect device for you — as it has proved for me.