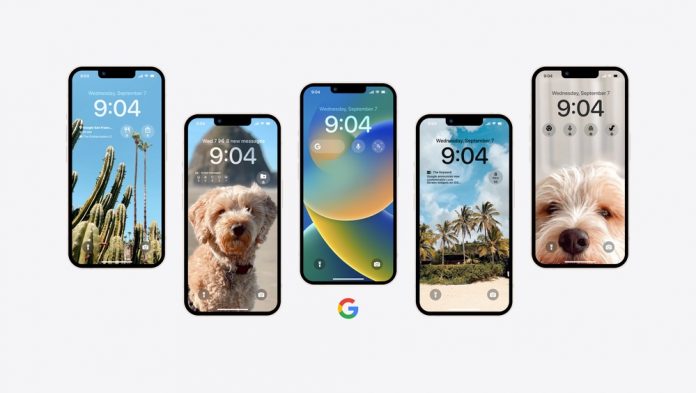 Just a few hours before Apple releases iOS 16 to the public, Google has previewed its upcoming Lock Screen widgets for its iPhone apps, including the Google app, Gmail, Google Maps, Chrome, Google News, and Google Drive.

Google says the Lock Screen widgets will be available in the “coming weeks” as its iPhone apps are gradually updated on the App Store.

A key new feature of iOS 16 is the ability to personalize the Lock Screen with widgets, multi-layered wallpapers, custom fonts for the date and time, and more. You can also select a set of photos to shuffle on the Lock Screen throughout the day.

The new Lock Screen gallery showcases a range of Lock Screen options, including a new Weather wallpaper with live weather conditions and an Astronomy wallpaper that provides views of the Earth, Moon, and Solar System. iOS 16 includes support for multiple Lock Screen designs, allowing you to switch between your favorites with a swipe.Related Roundups: iOS 16, iPadOS 16Tag: Google
This article, “Google Previews New iOS 16 Lock Screen Widgets for Gmail, Chrome, and More” first appeared on MacRumors.com

Facebook
Twitter
Pinterest
WhatsApp
Previous articleDeals: Amazon Has Apple TV HD for $99 and 4K Models From $120 in Latest Sales
Next articleiPhone 14 Pro’s Always-On Display Intelligently Turns Off When You Leave the Room With an Apple Watch
- Advertisment -

This new Best Buy program lets you lease a MacBook