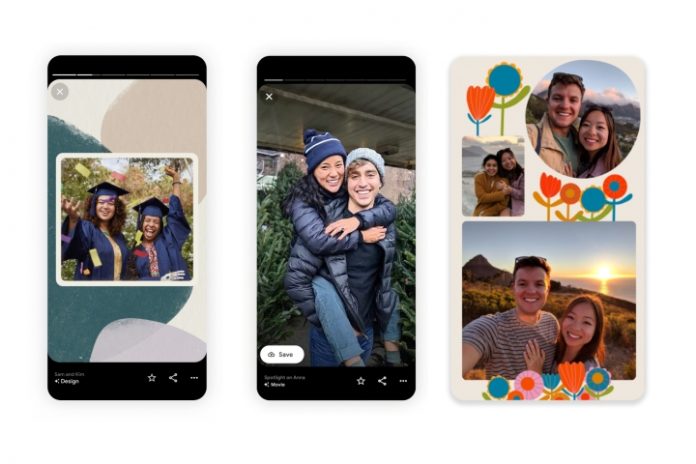 Google Photos is a great way to organize pictures and share your memories with others, and the free update rolling out later today is focusing entirely on improving the Memories feature by pivoting slightly to favor video content. While the app has often felt like something of an afterthought (due to the many hotly requested features that often go completely ignored by the company), this update actually seems to be making some major strides in improving Memories — even if that means dealing with yet another app pivoting to video.

Now, Memories will be favoring videos to make your memories “come to life” by featuring video clips more heavily and giving a subtle zoom to still images, making them feel much more dynamic than the flat, static pictures previously found on the app. Cinematic Photos, which launched in 2020, is a visual effect that separates the foreground and background of an image and moves them slightly to create a 3D feel that, following the update, will now be strung together to create Cinematic Memories set to instrumental music.

In Google Photos, you’ll still be able to tap left and right while looking at a picture or video to see the next one in the Memory, but with today’s update, you’ll also be able to swipe up or down to move on to the next Memory album — because everything is TikTok now. There has been plenty of frustration voiced with the “Tiktok-ification” of apps as of late, but Memories’ video pivot seems to be pretty inoffensive in that regard so far.

While the shift to video content is at the forefront of the update, the other changes to Google Photos today are a laundry list of improvements that seem pretty solid. Users have been able to edit photos on the app for several years now, but Memories is introducing a collage maker that allows you to pair your favorite pictures together in a single image. In a similar vein, the update is introducing a brand new feature called Styles that gives individual photos a scrapbook-esque background. The backgrounds feature designs by Shantell Martin and Lisa Congdon.

Today’s update also introduces a long-awaited and long-requested feature that allows users to share Memories with other Google Photos users. Sharing a Memory is simple, only requiring a few taps to complete, and receiving a Memory is even easier as shared Memories will show up automatically in the Sharing tab at the bottom of the app.

The update will start its rollout today, so if you’re anxious to see all of Google Photos’ new Memory features, make sure to check that your app is fully up to date

Facebook
Twitter
Pinterest
WhatsApp
Previous articleNvidia RTX 40-series will let you ramp up the power draw for more performance
Next articleOur phones are more addictive than ever — is there a way back?
- Advertisment -