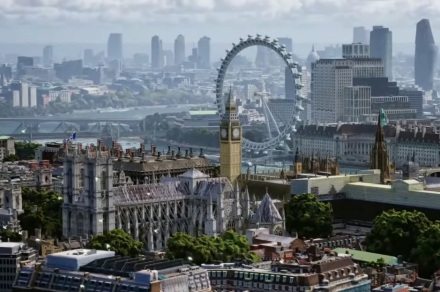 Google is continuing its never-ending work of enhancing Maps, with four new updates coming to the app on Wednesday.

First up, the team has been working to expand the coverage of Immersive View. Google started rolling out the feature in July, offering remarkably detailed 3D fly-arounds of famous landmarks and layering it with useful information such as the weather, traffic conditions, and the general busyness of the area. It can do this for the current time or, by examining historical trends, for a future date. Immersive View also lets you zoom in from an aerial view right into, say, a restaurant of interest, at which point the software flips to Street View to take you right inside, if the imagery is available.

Wednesday’s update promises Immersive View for more than 250 new locations that include global landmarks such as Japan’s Tokyo Tower, and the Acropolis in Greece. The new content will be rolled out in the coming months for Android and iOS.

Google is also launching a new “neighborhood vibe” feature that does what it says on the tin — shares information about the happening stuff in a particular place.

“If you’re visiting a new neighborhood, it can be hard to figure out what’s worth exploring, what’s new, and what the local gems are,” Google says in a blog post announcing the new feature. “Soon, with our new neighborhood vibe feature, you’ll be able to select a neighborhood and see the most popular spots come to life thanks to helpful photos and information from the Google Maps community right on the map.”

Google says that to determine the vibe of a neighborhood, it combines AI “with local knowledge from Google Maps users who add more than 20 million contributions to the map each day — including reviews, photos, and videos.”

Neighborhood vibe will start landing on Android and iOS devices in the coming months.

Four years after launching Live View — a nifty feature that overlays directions on your camera’s real-time view — Google this week announced it’s launching a new feature called “search with Live View,” which aims to help you find what’s around you more intuitively.

So, for example, if you’re out and about and need some cash, you can simply lift your phone to search and immediately see the locations of nearby ATMs via Live View.

“You can also spot different places, including coffee shops, grocery stores, and transit stations,” Google explains. “We’ll show you business hours and how busy a place is, and you can tap on any location to view more details, like what services the barber shop down the street offers.”

Search with Live View will begin rolling out in London, Los Angeles, New York, San Francisco, Paris, and Tokyo in the coming months for Android and iOS.

Finally, Google said it will offer third-party developers the technology behind its new eco-friendly routing feature . This means ridesharing services, for example, could incorporate it, enabling drivers to cut down on emissions during rides by taking the most fuel-efficient routes.