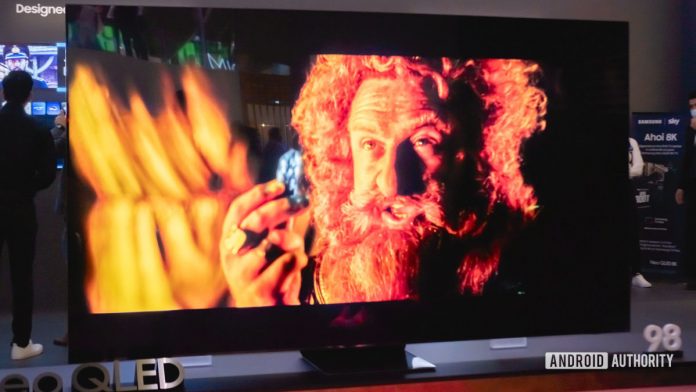 Trudging the halls at IFA 2022 has left me with two key takeaways: I look forward to my next home appliance failing when the Wi-Fi drops, and I’m going to need a bigger living room for my next TV. There’s an arm’s race of sorts taking place between LG, TCL, and Samsung to expand their cutting-edge display technologies into the biggest TV they can possibly brag about. Few have breached the 100-inch mark yet, an achievement they’ll no doubt pop the champagne to next year, but with multiple 97-inch and 98-inch flagship models on show, you’re not short of options for that gargantuan home cinema.

Samsung’s 98-inch Neo QLED was the first model I came across, boasting a 4K resolution, a colossal 5,000 nits of peak brightness, and Neo Quantum Processor Plus processor with multi-view support. It’s obviously impressively humungous. Although it’s not quite as big as Samsung’s microLED-based The Wall, it’s a more “mainstream” quantum dot LCD panel that will cost several thousand rather than tens of thousands of dollars when it finally arrives in the US and Europe.