HomeNewsDoes the iPhone 14 have a SIM card?
News

Does the iPhone 14 have a SIM card? 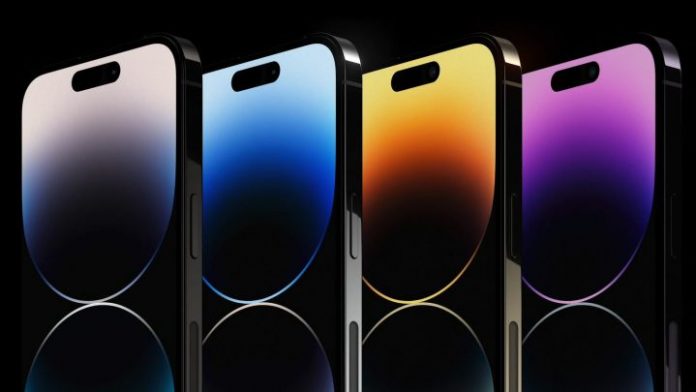 Apple has again stirred things up a bit with its iPhone 14 lineup. While Apple’s latest iPhone models feature some nice enhancements — especially for the more expensive iPhone 14 Pro — Apple has also taken one thing away with this latest iPhone release.

For the first time in the history of the iPhone, Apple is removing the slot for a physical SIM card. Instead, all iPhone 14 models sold in the U.S. will exclusively use embedded SIMs (eSIMs).

It’s not the first time Apple has removed a physical connector to slim down the iPhone and make space for other more important components. In 2016, Apple “courageously” removed the 3.5mm headphone jack from the iPhone 7, citing the emerging era of wireless headphones. It likely wasn’t a coincidence that Apple debuted the original AirPods at that same event.

Perhaps ironically, this latest change brings the iPhone 14 into line with Steve Jobs’ original visions for its design. Earlier this year, former Apple executive Tony Fadell shared how Apple’s legendary co-founder and CEO was initially very much against the idea of having a SIM card slot on the original iPhone.

During an interview with Joanna Stern at a special event for The Computer History Museum, Fadell explained how the oft-mercurial Apple CEO told the designers and engineers working on the original iPhone that “we don’t need another hole in it.” Instead, Jobs suggested releasing the iPhone on Verizon since their CDMA network didn’t require SIM cards.

Apple executives managed to convince Jobs that the SIM card was a necessary compromise if they wanted to ensure the broadest possible compatibility for the fledgling iPhone. However, fifteen years later, it seems Jobs’ dream of an iPhone without an unsightly SIM card slot on the side has finally been realized.

The iPhone 14 and eSIM

The iPhone 14 hasn’t abandoned SIM technology. Instead, SIM cards are now built into the iPhone and can’t be removed.

The iPhone 14 isn’t the first to adopt eSIM technology — it’s just the first time it’s been used exclusively in an iPhone. Cellular Apple Watch models already use an eSIM and have done so since the Apple Watch Series 3 was released in 2017. Apple also added an eSIM to the iPhone XS and iPhone XR in 2018; however, this was in addition to the physical SIM card slot. The eSIM allowed users to set up a second phone line without a second physical SIM card and slot.

What an eSIM means for you

Assuming your carrier does it right, getting up and running with an eSIM should be much easier than dealing with physical SIM cards, which are tiny and somewhat fragile. Further, since no physical card is required, you should be able to get everything you need to get up and running online; you don’t need to wait for a SIM card to arrive in the mail or visit a carrier store to get one.

Ideally, your carrier will set up your eSIM for you when you sign up for service or purchase a new iPhone. Alternatively, some carriers will provide a QR code that you can scan with your iPhone’s camera, often straight from your computer’s screen in your customer account settings. Some carriers even offer mobile apps that can take care of the whole process for you in only a few taps.

Many international carriers also support short-term or prepaid plans via eSIM, so you can set up a local plan when traveling and avoid roaming fees. When traveling through a busy airport, scanning a QR code or using an app to set up a second line is much easier than trying to swap out your physical SIM card.

Does my carrier support eSIM?

Despite all of its conveniences, some folks are nervous about the lack of a physical SIM card since it means the iPhone 14 won’t be usable on carriers that don’t support eSIM.

This means they can assign your eSIM to your iPhone as soon as you purchase it, or you can easily set it up later via customer services. With AT&T, T-Mobile, Verizon, C Spire, and US Cellular, you can even seamlessly move your eSIM from your old phone to your new iPhone 14 without contacting your carrier at all.

There are 25 additional carriers that support eSIM in the U.S., although these smaller ones may require that you use other eSIM activation methods. Still, with over 40 eSIM-capable carriers in total, you shouldn’t have any problem finding one that works with the iPhone 14.

Which iPhone 14 models are switching to using only eSIM?

Apple’s switch to an eSIM-only iPhone 14 only applies to iPhone models sold in the U.S. (including Puerto Rico). This means it’s business as usual for folks elsewhere in the world.

There are actually five different versions of each iPhone 14 model. Which one you get will depend on where you buy it. While all U.S. models omit the physical SIM card slot, this isn’t the case for the iPhone 14 lineup sold in Canada, Mexico, Guam, and the U.S. Virgin Islands. These other North American versions still sport two eSIM cards and a physical SIM card slot, just like the iPhone 13.

However, before you decide to indulge in a little cross-border shopping in the hope of getting an iPhone 14 to use with a physical SIM card, you should be aware that while the other North American models can handle all the same low-band and mid-band 5G frequencies as the U.S. models, they lack support for the fastest high-band mmWave frequencies used by major U.S. carriers.

AT&T’s 5G Plus, Verizon’s 5G Ultra Wideband, and T-Mobile’s 5G Ultra Capacity networks all use mmWave in densely populated areas and venues like concert halls and football stadiums. The lack of these frequencies isn’t likely to affect you unless you live or work in a large city, but it’s still an important tradeoff to keep in mind.

The North American version of the iPhone 14 is also sold in Japan and Saudi Arabia. Apple also sells a unique set of iPhone 14 models in Russia, another in China, Hong Kong, and Macao, and then a final iPhone 14 lineup for the rest of the world. All of these have a physical SIM card slot, except for those sold in China, which don’t use eSIM cards at all; instead, Chinese iPhones include two physical SIM card slots.

Still, this likely heralds the beginning of a new trend. Apple worked with U.S. carriers over the last year to prepare them for the eSIM transition, but by next year, we could see the iPhone 15 launching without a physical SIM card slot in even more places.

Facebook
Twitter
Pinterest
WhatsApp
Previous articleArcade Paradise and Martha Is Dead coming to Stadia later this year
Next articleQuest Pro: Everything we know about Meta’s next big VR headset