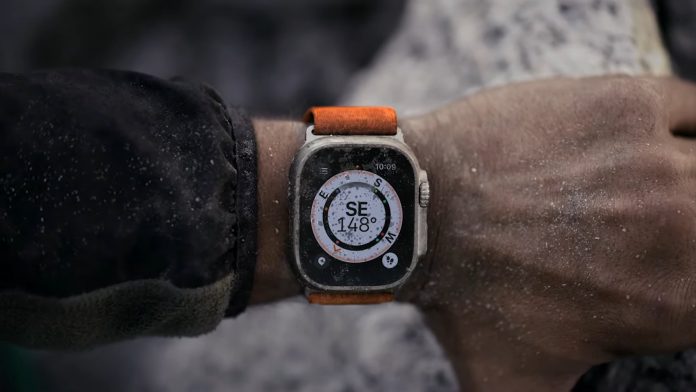 Apple calls the Watch Ultra its “most rugged and capable smartwatch” ever. The wearable has a titanium case that surrounds the sapphire crystal display and is MIL-STD 810 rated, meaning it can withstand high levels of environmental stress. But all that is just marketing speak until you really put a product through its paces. One YouTuber did just that with the Apple Watch Ultra, and it looks like the device is indeed a tough nut to crack.

TechRax subjected the Apple Watch Ultra to his popular durability test, where he dropped the smartwatch on its face, put it in a jar of nails, and repeatedly badgered it with a hammer.

The watch survived the drop with just a few scratches on the case while the display remained intact. The nails also failed to scratch the display of the Apple Watch Ultra. However, the most dramatic durability test of them all was the hammer beating.

The YouTuber hit the face of the Apple Watch Ultra with a hammer using varying blow strengths. It’s impressive to see how the watch took that beating like a champ. After several blows, the Apple Watch ultimately cracked, but not before the table on which it was placed broke first. That’s quite something to watch in the video.

While the Apple Watch Ultra held its own after a number of hammer beatings, it eventually failed to turn on. This probably means that the display was tough enough, but the device’s internal components did get damaged during the test. Even so, if you’re spending all that money on the Apple Watch Ultra, rest assured you’ll have a pretty tough wearable on your wrist.