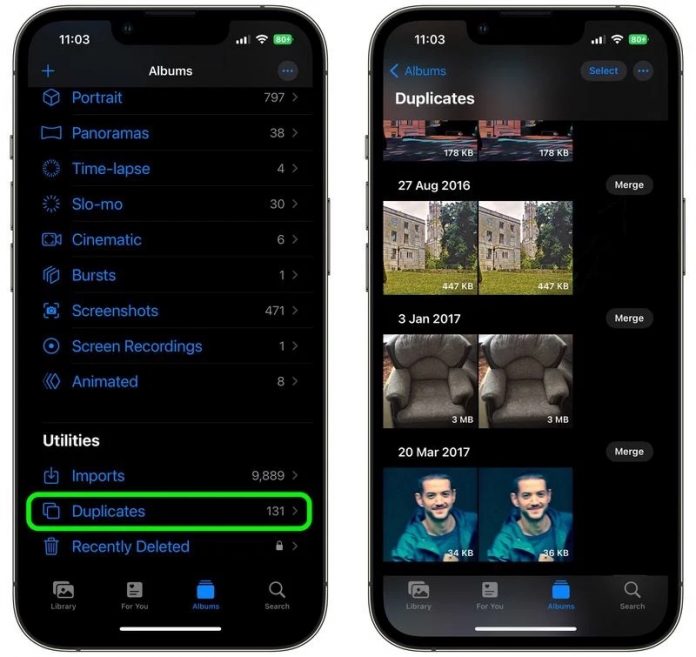 Apple today explained why iPhone users who recently updated to iOS 16 may not see the new Duplicates album in its stock Photos app, and what they can do about it.

New to iOS 16, the Photos app will automatically detect any duplicate photos and videos in users’ libraries and collate them together in a Duplicates album for inspection, giving users the option to merge duplicate sets and delete redundant media.

However, many users have been in touch to say the Duplicates album has not been showing up for them after updating their iPhone software, leading them to wonder if they are doing something wrong.

In a new support document, Apple has clarified that for the Duplicates album to appear, your iPhone has to first index the photo library and find duplicates, but that this detection process requires your iPhone to be locked and connected to power.

“Depending on what tasks are running in the background and the size of your photo library, the process could happen quickly or take up to a few days to complete,” adds Apple.

Bear in mind that if you don’t have any duplicates in your library, then the Duplicates album won’t show up under the “Utilities” section of the Photos app until such a time when you do.Related Roundups: iOS 16, iPadOS 16Tag: PhotosRelated Forum: iOS 16
This article, “Apple Explains Why Duplicates Album in Photos Not Showing for Some Users” first appeared on MacRumors.com