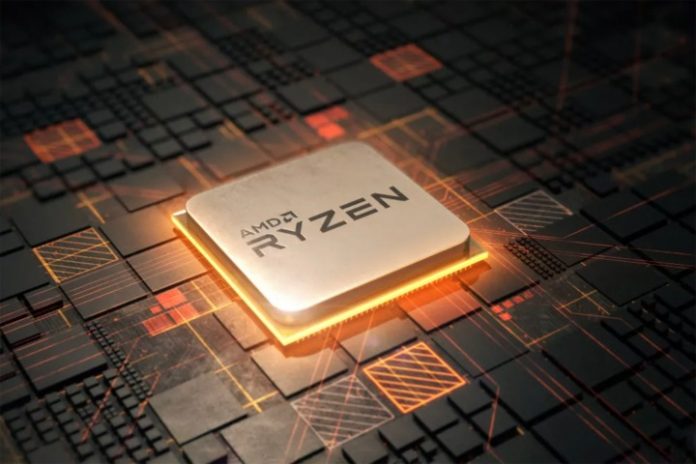 The AMD Ryzen 7000 processors are here, and AMD says they’ll take the crown in the best processor ranking. They are powered by the new Zen 4 core architecture and bring performance and power efficiency together in the world’s first 5nm desktop-class processor. A lot is changing this generation, so we thought it was high time to compare Ryzen 7000 to last gen’s Ryzen 5000 processors.

AMD said the Ryzen 7000 processors and AM5 socket will be available on September 27. Until then, we’re not able to physically test the chips ourselves and need to base our impressions on what AMD has told us up to this point.

AMD’s Ryzen 5000 processors launched on November 5, 2020, and Ryzen 7000 CPUs will be available on September 27, 2022. It’s tough to make any predictions about the stock situation when Ryzen 7000 launches, but it’s safe to assume the initial wave of CPUs will be sold out for at least a week or two. We’ll just have to see if that continues into the latter months of the year.

This time around, Ryzen 7000 processors are actually cheaper than Ryzen 5000 CPUs at launch. Here’s what the lineup looks like now:

Although Ryzen 7000 is cheaper at launch, Ryzen 5000 CPUs are much cheaper now. They’re seeing steep price discounts now that next-gen CPUs are coming up, meaning you can save big with a last-gen CPU and motherboard if you’re willing to sacrifice a bit of performance. Here’s what current Ryzen 5000 prices look like (along with the original list price in parathesis):

Especially between the Ryzen 9 5900X and Ryzen 7 5800X, you’re saving a lot of money compared to Ryzen 7000. These prices may drop even lower as retailers start to fire-sell their stock, as well.

Value and price are different, though. At least based on what AMD has shared so far, Ryzen 7000 looks like a massive upgrade in performance that may well justify the price delta.

Ryzen 7000 and Ryzen 5000 don’t look too different on paper, offering the same core and thread counts and modest boosts to clock speed. There’s a lot going on under the hood, though. To start, here are the specs of Ryzen 5000:

The most interesting note is that Ryzen 5000 processors aren’t able to hit 5GHz out of the box — something Intel has been able to achieve for years with CPUs like the Core i9-12900K. Ryzen 7000 cracks that barrier in fashion, though at the cost of power demands and the same core counts:

At the root of any processor are its cores. AMD created the Zen 3 core for its 5000-series processors, but then leapfrogged into the future with the Zen 4 core for the 7000-series chips.

Zen 3 brought big changes to AMD’s Zen line of cores, including more load/store bandwidth, lower latency, and no increase to TDP over the previous Zen 2. AMD also unified its 8-core complex and L3 cache into a single resource, so core-to-core and core-to-cache latency were almost non-existent.

This Zen 3 architecture is what gave AMD such a huge spec bump in multi-thread performance when up against Intel processors. But the Zen 4 is an entirely different beast.

The new Zen 4 offers up to two times more L2 cache and load/store bandwidth and introduces RDNA2 graphics to the core. Faster speed and more performance lead to higher power requirements, 0though.

Zen 3 processors topped out at 105W at most, while Zen 4 processors climb to 170W. That’s not the highest power consumption possible, either, as flagships like the Ryzen 9 7950X can boost up to 230W when under a stressful load. That’s nearly as much as Intel’s Core i9-12900K, which is one of the hottest, most power-hungry processors on the market.

Clearly, Ryzen 7000 will draw more power, but AMD is still stressing that they’re more efficient processors compared to Ryzen 5000. It’s not about much power you draw, after all. It’s about much performance you get for that power.

For raw performance, it’s no surprise that Ryzen 7000 improves on the previous generation. According to AMD’s numbers, which may not be 100% representative, Ryzen 7000 sees around a 29% increase in single-core performance compared to Ryzen 5000. It’s also up to 35% faster in gaming and can jump up to 50% faster in rendering workloads.

It’s a massive improvement, at least according to what AMD has shared up to this point. We need to wait for third-party reviews to validate those claims.

AMD is stressing efficiency a lot this generation, likely on the back of an increased power draw for its flagship chips. The company says the 35% overall improvement at max power actually increases to a 74% improvement when limiting the flagship Ryzen 9 7950X to 65W. Overall, AMD claims that Ryzen 7000 consumes up to 62% less power at the same performance as the previous generation.

If you’re looking for the best performance, it’s safe to assume that Ryzen 7000 will deliver. It’s a new generation, and it’s extremely unlikely that it will be worse than Ryzen 5000. The main performance question is how much better Ryzen 7000 will end up being, and we need to wait until we’ve had a chance to test the processors before drawing any firm conclusions.

Even the best DDR5 RAM only provides modest uplifts in most workloads, and virtually no difference when it comes to gaming. It can offer a big boost for some memory-sensitive workloads, but those are mostly relevant in the data center, not a home PC. Similarly, PCIe 4.0 is just starting to mature enough that hard drives with the connection are readily available, so PCIe 5.0 is still quite a ways off.

The biggest perk Ryzen 7000 has over the previous generation is the AM5 socket. AMD is ditching the AM4 socket it has used since 2016 (AM4 is what Ryzen 5000 uses), effectively ending your upgrade path if you use Ryzen 5000 now. AMD says it will continue supporting AM5 through 2025 and beyond, so building a Ryzen 7000 PC opens up your options for easier upgrades in the future.

If you’re building a completely new PC, Ryzen 7000 makes the most sense. It offers a clear upgrade path and it’s sure to at least outperform Ryzen 5000. We still need to benchmark the chips ourselves, but AMD’s claims are promising.

Ryzen 5000 is still competitive, though. If you’re just upgrading your PC, you can score a great deal on a Ryzen 5000 processor and motherboard now that the next generation is coming down the pike. They don’t offer the tippy-top performance, sure, but they’re still really close considering how much money you can save right now.