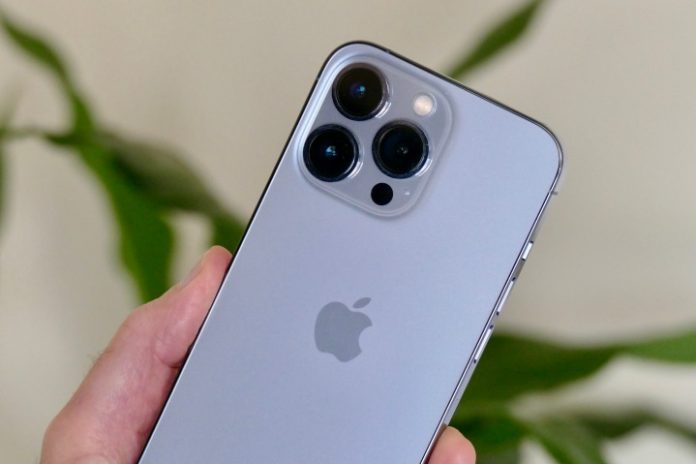 Since Apple announced the iPhone 14 series, I’ve pondered whether this should be the year I return to the biggest, priciest version — the iPhone 14 Pro Max — after living with the smaller model since the iPhone X came out. Back and forth my mind went, but in the end, I couldn’t bring myself to do it. There are two big, nasty numbers that really put me off, and no classic Apple “one more thing” to help me get past them.

First, some history before getting into those problematic numbers. I always went for the Plus model of each iPhone, up to and including the iPhone 8 Plus. The draw of the larger screen was considerable, but looking back, it was mostly because a lot of the front was taken up by bezels. The smaller screens on the “normal” iPhone were more cramped and less enjoyable to use. The iPhone X solved that dilemma, and I’ve lived happily with the smaller phone since.

Why? I was traveling more at the time, and lugging the massive iPhone 8 Plus around had been a pain. I’ve not struggled with the battery life either. The iPhone 13 Pro has actually been great as long as you don’t use Apple or Google Maps for hours and easily lasts me for a full day out-and-about. Sure, the Pro Max’s bigger battery will last longer, but I never thought the additional few hours would make that much difference day-to-day.

However, over the last year, I’ve watched a lot more video on my phone. I’ve also enjoyed owning the Samsung Galaxy Z Fold 3 and Galaxy Z Fold 4, where the big, unfolded screen has made media, editing photos, and working much more pleasant than on the iPhone 13 Pro. I don’t travel as much, so the size of the phone isn’t as concerning as it once was. In other words, the iPhone 14 Pro Max was calling.

Ultimately, it’s an iPhone 14 Pro listed in the email from Apple confirming my pre-order, not the iPhone 14 Pro Max. I wanted to do it, but that something extra just isn’t there to push me past two very unpleasant numbers that eventually put me off: weight and price. The iPhone 14 Pro Max is 240 grams, and that’s a lot. The Galaxy Z Fold 4 is only 23 grams heavier, yet it’s a trade-off I’m willing to make considering it folds and has two screens, one of which is 7.6-inches. This flexibility is the same reason I’ll stomach the $1,699 price.

What I needed at this stage was that famous Apple “one more thing.” That little bit extra to make the iPhone 14 Pro Max worth spending close to what I did for the Galaxy Z Fold 4. Rightly or wrongly, I perceive Samsung’s folding phone as being worth the money. It’s not just a bigger version of the S22 Ultra, but it’s easy to look at the iPhone 14 Pro and iPhone 14 Pro Max that way.

But that extra just isn’t there. Apple knows what it’s doing, and it clearly wasn’t worth differentiating the two drastically, as it had done with the iPhone 12 Pro and Pro Max, where the larger phone’s camera had some additional features. If this had continued, I have the feeling my pre-pre-order basket ahead of launch would have contained an iPhone 14 Pro Max. But without it, it was impossible to justify living with the extra cost and additional weight.

Could Dynamic Island save the day?

Of course, this is just how I made my decision, and luckily my lifestyle still suits the smaller iPhone 14 Pro. However, Digital Trends’ Mobile Editor Joe Maring did the opposite. He’s upgraded from an iPhone 13 Pro to an iPhone 14 Pro Max, so I asked him why.

“There are the usual benefits of going Pro Max — bigger screen and longer battery,” he said. “I’ve been on the normal Pro model since the XS, and the 6.1-inch screen has started to feel pretty cramped — especially when I’m reviewing much larger Android phones throughout the year. It’s great knowing I can fit it in any pocket and use it fairly easily with one hand, but it now feels really limiting if I’m watching a YouTube video or following a Fitness+ workout. The longer battery life is an obvious but important perk. I’m doing more traveling than I was last year, and I’d like to limit my reliance on battery packs as much as possible when I’m out and about. The regular 14 Pro will likely have great endurance, but I want to make sure I’ve got as much battery as possible.”

Sounds very reasonable and certainly similar to the reasons I wanted to try the Pro Max this year. Interestingly, he uses the Dynamic Island feature as the reason I was looking for in order to take the plunge.

“I think the Dynamic Island pushed me over the edge a bit. It’s hard to say for sure without using it in person, but I have to imagine the larger screen on the Pro Max will be good for it — both allowing the Dynamic Island to be larger and not having it take up quite as much of the screen area below it.”

It’s a very good point. Not having used Dynamic Island yet, I’ve no idea if the Pro Max’s bigger screen will emphasize its strengths more, or if the smaller screen will end up being too packed and busy when it’s in action.

Whatever happens, it’s too late now. Somewhere, an iPhone 14 Pro is being prepared with my name on it. Unless Apple sees a reason to make the heaviest, most expensive iPhone truly different again, perhaps using Dynamic Island for the next year will push me into the waiting arms of the iPhone 15 Pro Max, but it’s going to have to be a substantially better experience if it’s going to make me ignore those two, unpleasantly large numbers.