HomeReviewsWhat are the best feel-good movies on Netflix?
Reviews

What are the best feel-good movies on Netflix? Movies can hit us in such different ways. Sometimes we want to be scared, challenged, enlightened, amused, distracted, or excited. But sometimes we want a movie that feels like a big hug. A movie that makes us feel like everything’s going to be okay. That’s why we’ve compiled a list of the best feel-good movies on Netflix so you can jump right to those uplifting titles you want after a hard day or a stressful time.

Read on for our list of feel-good movies on Netflix, and if you’re not already a member, you can subscribe to the streamer by hitting the link below.

Netflix is still the leading premium streaming service, with over 200 million worldwide subscribers. It offers thousands of movies and TV shows to binge watch, including its always growing list of original films and series, including Stranger Things, The Witcher, Bridgerton, and many more.

The best feel-good movies on Netflix

Editor’s note: This list will be updated as feel-good movies leave Netflix and and other uplifting movies are added. 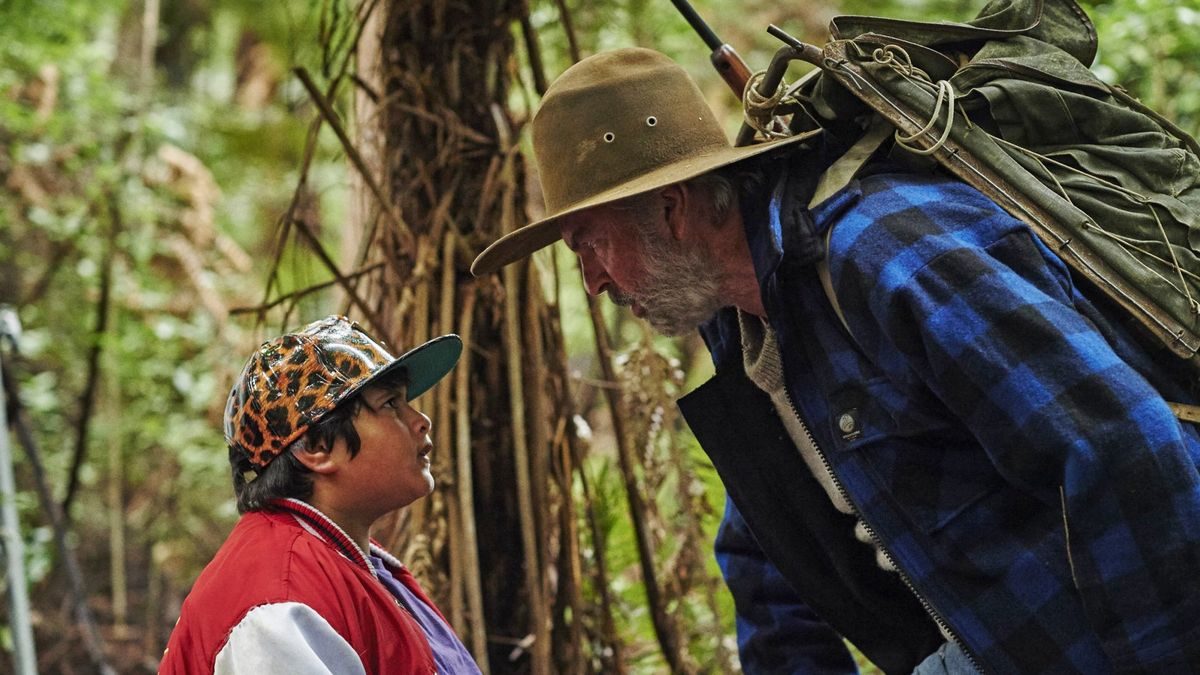 From Academy Award-winner and Thor: Ragnarok director Taika Waititi comes a touching and funny coming-of-age story set in the New Zealand wilderness. A troubled youth finds stability and comfort in a welcoming foster home, but soon he’s the subject of a manhunt when he goes missing. What the authorities don’t know is that he’s perfectly safe with his grumpy foster uncle, who they assume kidnapped him. 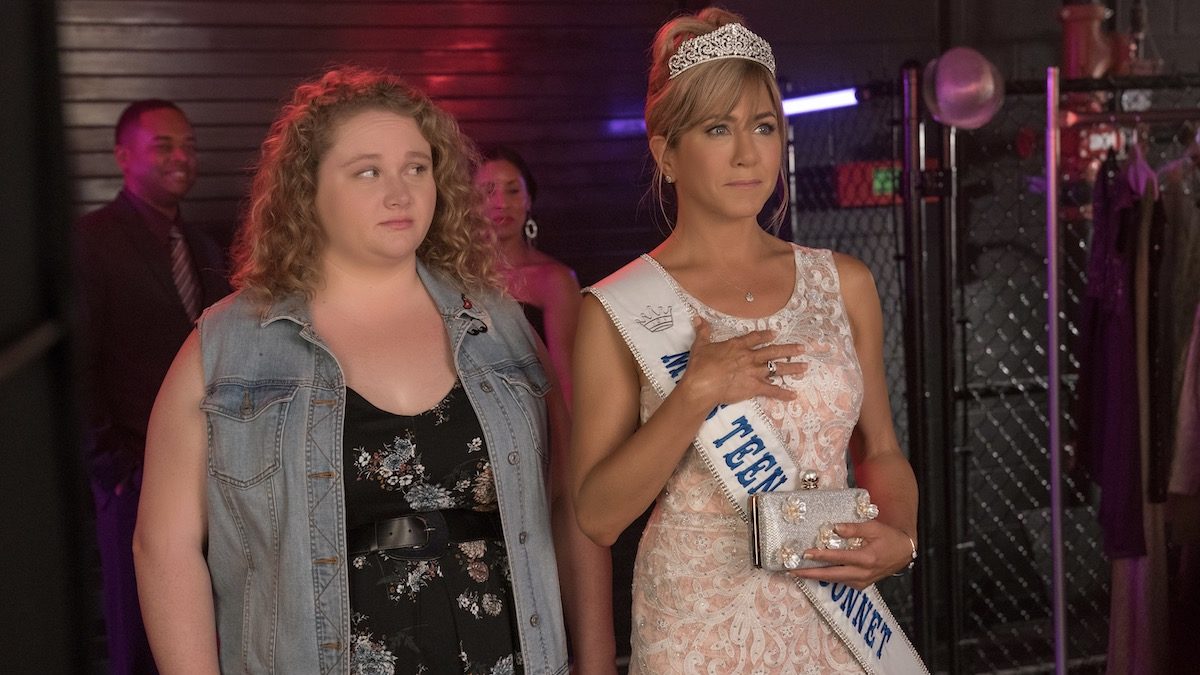 This coming-of-age comedy is one of the best feel-good movies on Netflix and one of the streamer’s original movies. In Dumplin’, based on the young adult novel of the same name by Julie Murphy, a Texas teen who idolizes Dolly Parton enters a beauty pageant run by her mom to prove a point about beauty and social expectations. 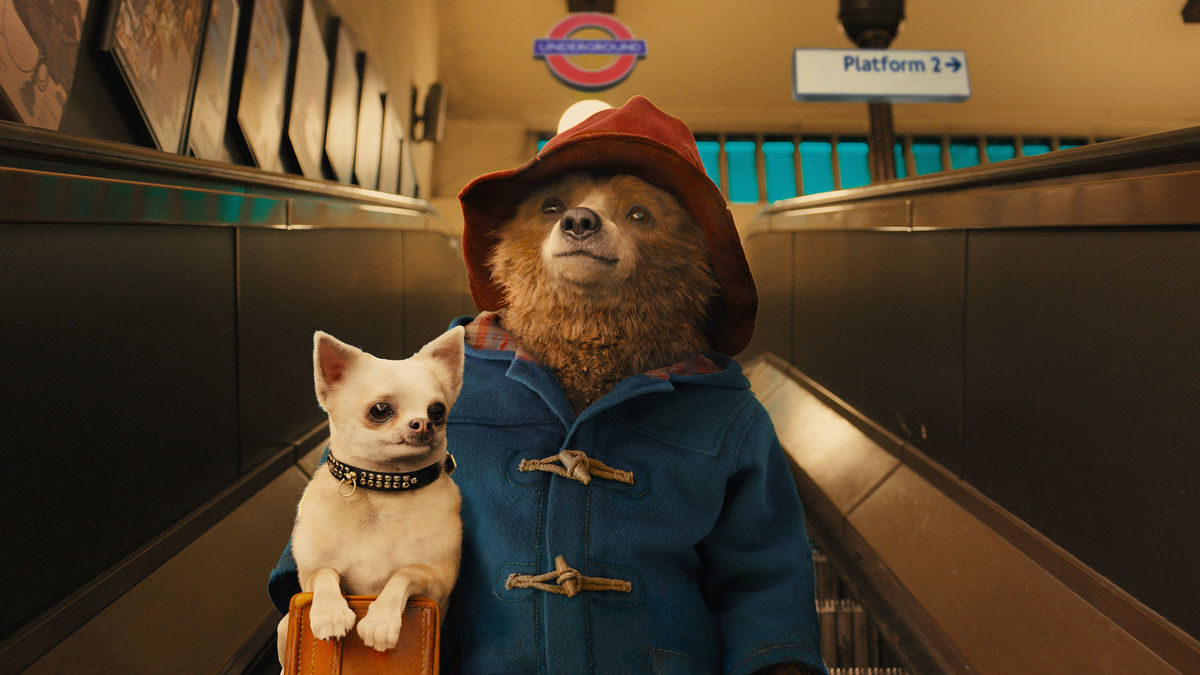 A fan favorite with a cult classic sequel, Paddington is a charming, feel-good movie on Netflix based on the stories of the character Paddington Bear, created by Michael Bond. A bear from the jungles of Peru travels to London in search of a family. There, he finds just that with a family happy to take him in, despite some challenges. 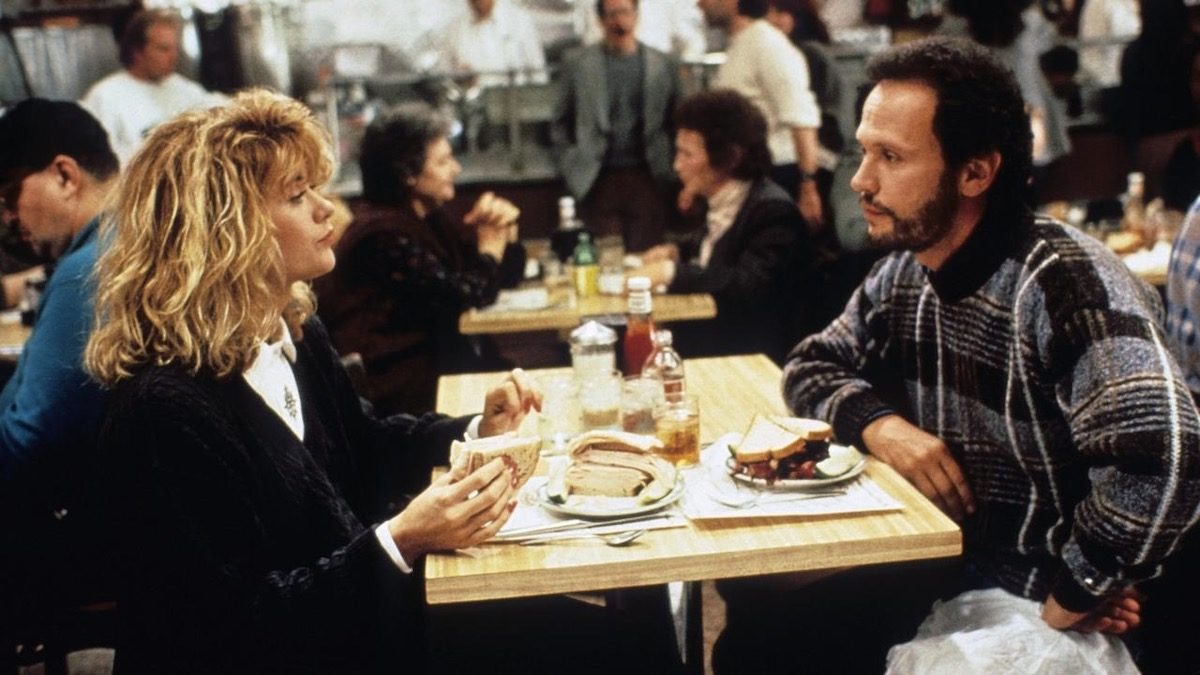 A beloved classic among romantic comedies, When Harry Met Sally is an absolute gem and an instant emotional pick-me-up. Written by Nora Ephron and directed by Rob Reiner, the film stars Billy Crystal and Meg Ryan as a man and woman whose relationship evolves over a 12-year period. At first, they can barely stand each other, then they develop a friendship, and eventually, they come to realize they may be made for each other. 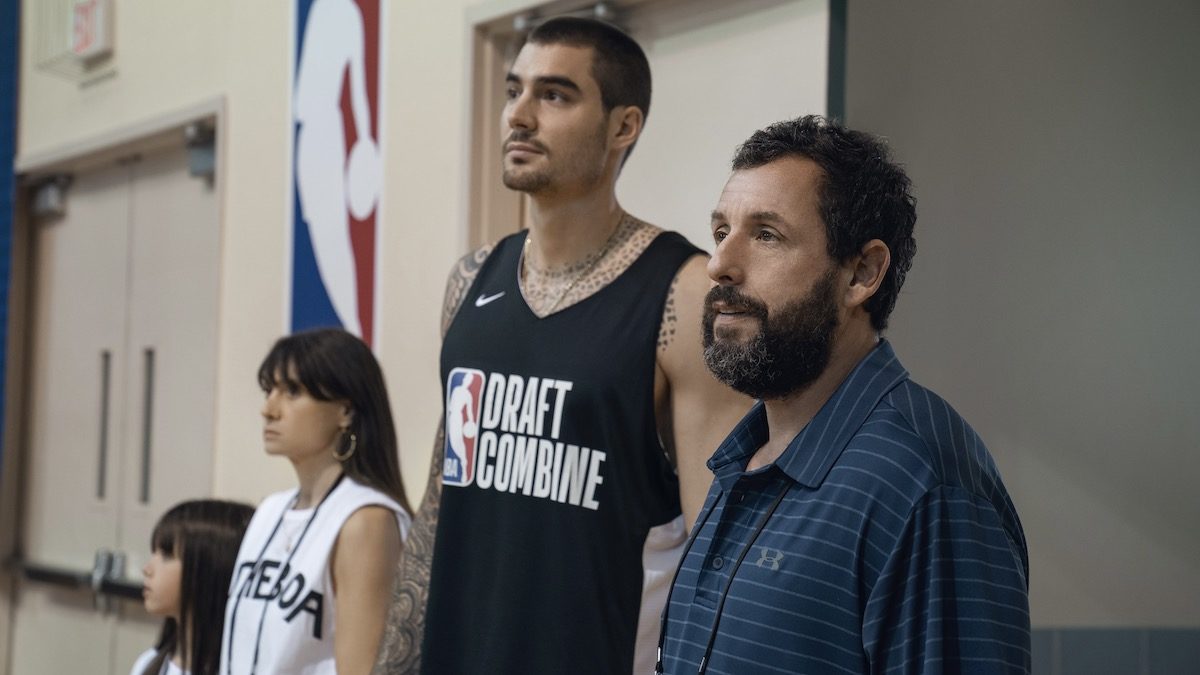 Sports movies can be inspiring and lift you up, making you cheer for the underdog and brightening your spirits. That’s exactly the kind of feel-good experience that Hustle offers. Funnyman Adam Sandler plays a basketball recruiter who goes rogue, championing a European player without his team’s blessing. Can he train the kid in time for the draft and prove to everyone that he’s found a future champion? 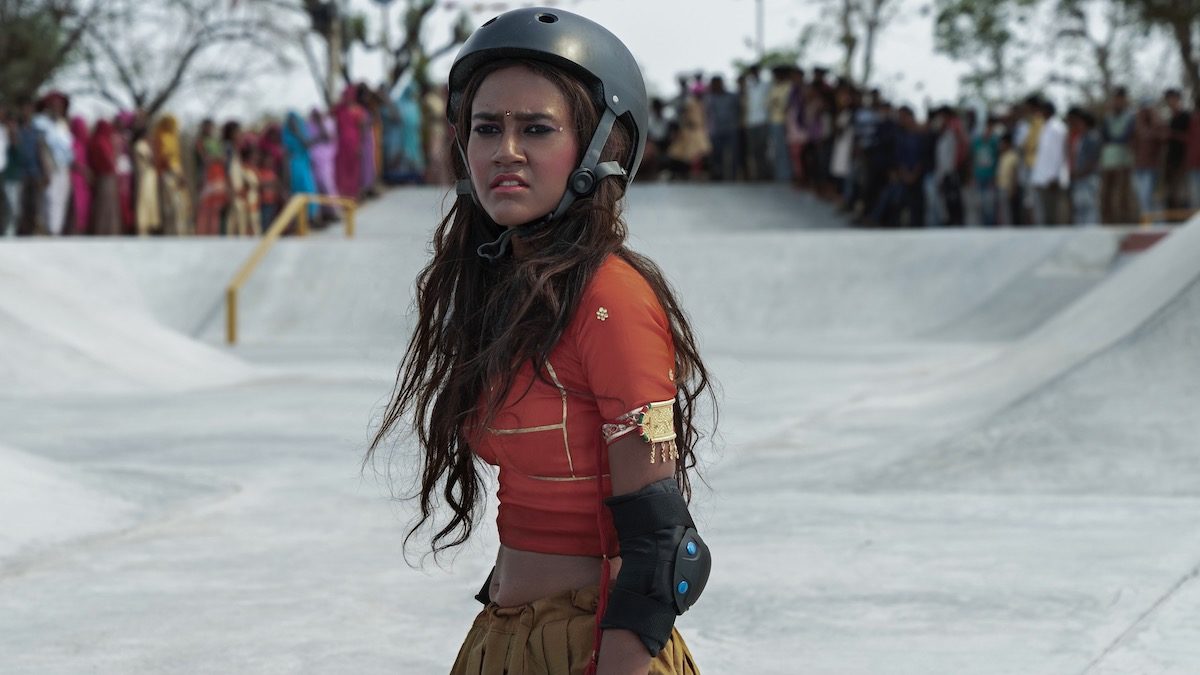 Watch on Netflix
Check out: The best Hindi movies on Netflix 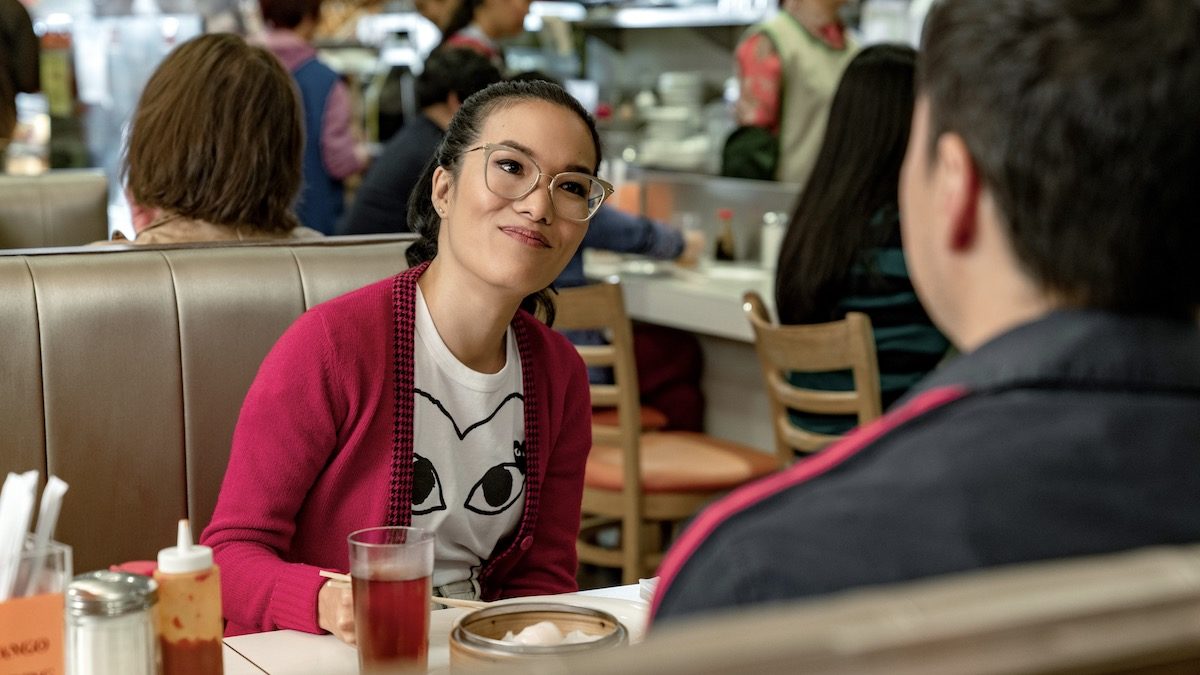 Starring Ali Wong and Randall Park, from a screenplay they co-wrote with Michael Golamco, Always Be My Maybe is a romcom about two old friends who haven’t seen each other in years, when a teen fling ended badly. Now, as adults whose lives have gone in very different directions, maybe sparks can fly again.

Watch on Netflix
See also: The best comedies on Netflix 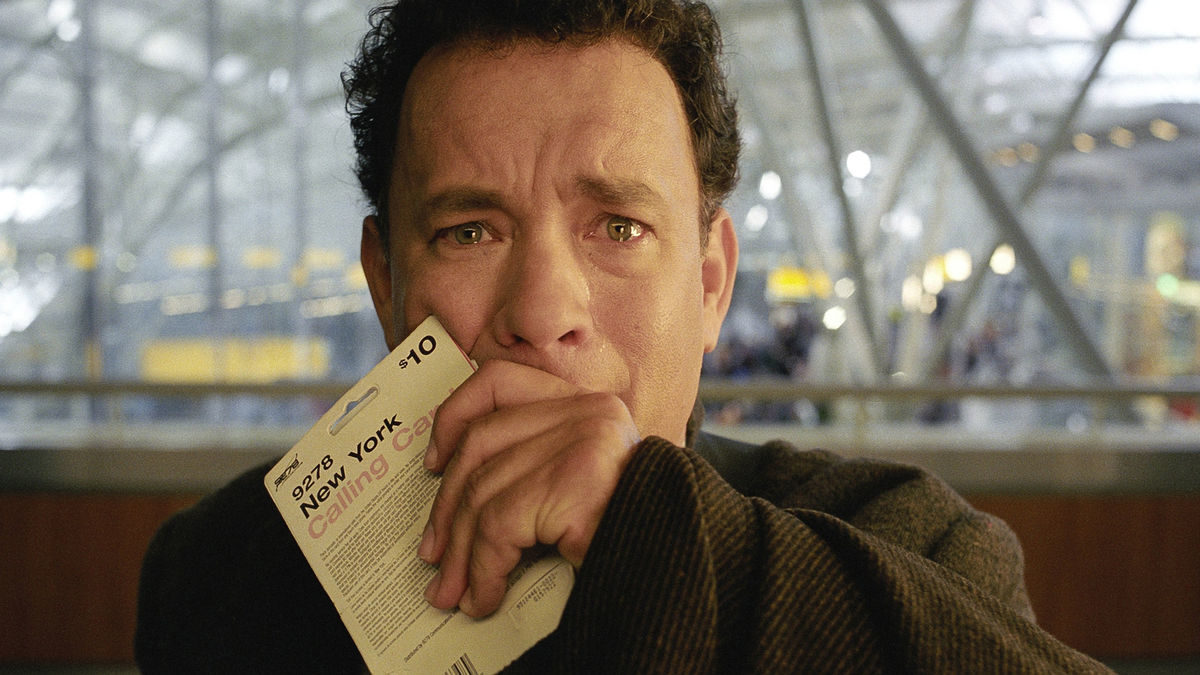 Inspired by a true story, Steven Spielberg’s The Terminal is a hopeful story full of kindness and perseverance. When a tourist from Eastern Europe lands in New York, he learns that his home country has undergone a military coup. Now, barred from entry into the US and unable to go home, he must make the airport terminal his home and rely on the kindness of strangers until a solution can be found for his predicament. A young girl stows away on a monster hunting vessel in this marvelous animated family film. Once aboard, she and a crew member are shipwrecked on an island that is home to many of the hunted sea beasts. Together, they begin to realize that the stories they’ve been taught may not have been entirely accurate.

Watch on Netflix
Check out: The best fantasy movies on Netflix 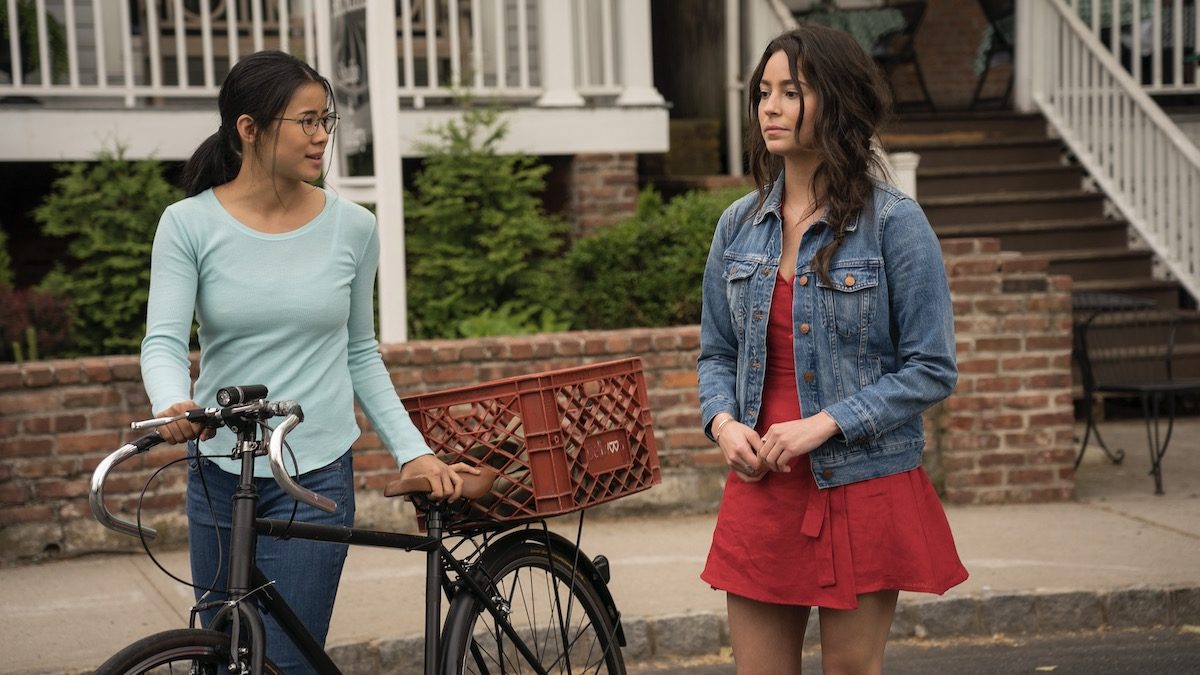 From Alice Wu, director of 2004’s Saving Face, The Half of It is an American coming-of-age comedy-drama starring Leah Lewis, Daniel Diemer, and Alexxis Lemire. It tells the story of a brainy teen who needs to make quick cash and agrees to write a love letter for him. But then she starts to have feelings for the object of his affections too. 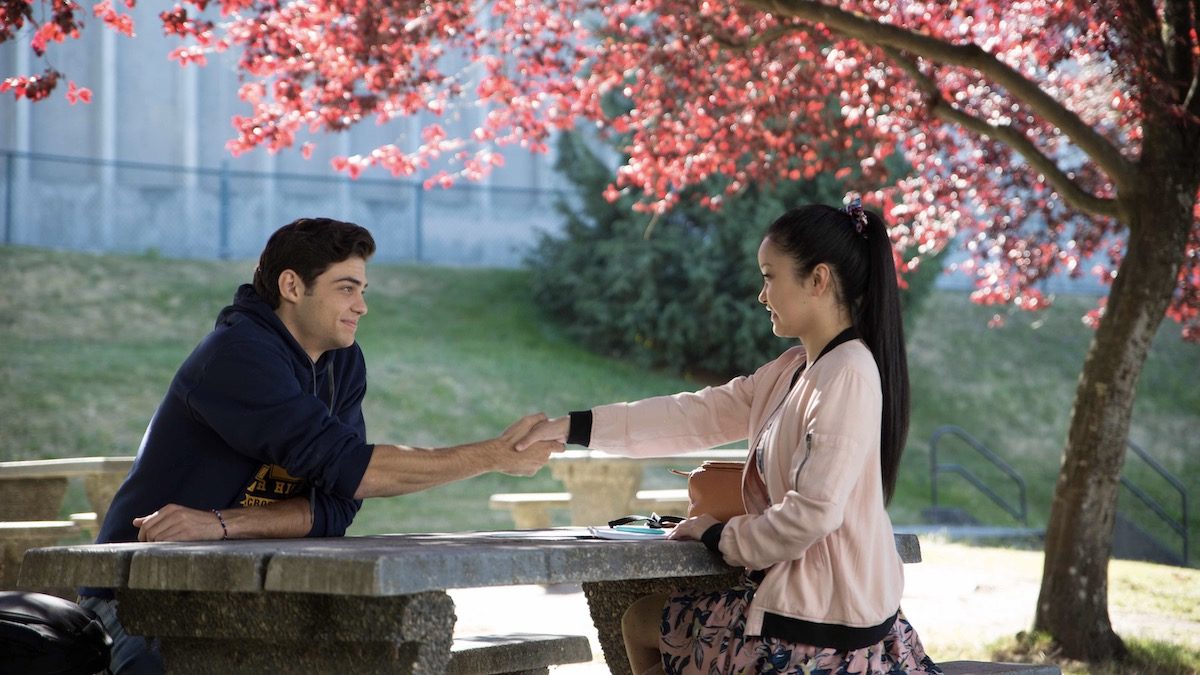 An infectiously charming coming-of-age romantic comedy with equally worthwhile sequels, To All the Boys I’ve Loved Before, based on the bestselling novel of the same name, tells the story of Lara Jean, who goes into damage-control mode when letters to the five boys she’s loved throughout her life are mailed without her knowledge, exposing her feelings. 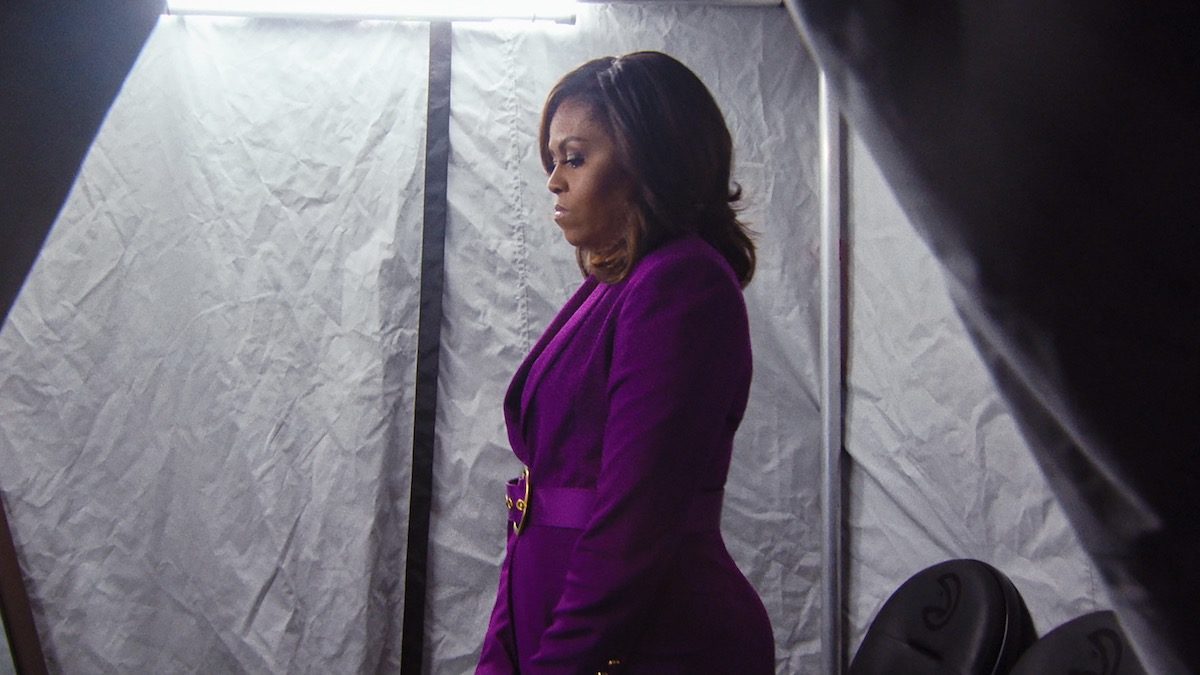 Partly based on the bestselling memoir of former First Lady Michelle Obama, Becoming offers an intimate look at the life and political career of Obama as she seeks to connect with Americans on their own journeys of becoming following her tenure in the White House alongside her husband, President Barack Obama.

Watch on Netflix
See also: The best documentaries on Netflix A laugh-out-loud comedy with real heart, this Netflix original tells the story of an Icelandic musical duo who miraculously make it to Eurovision, representing their country as best they can. Will a lack of polish stop them, or can their unstoppable spirit and love of music and the European song contest win the day? 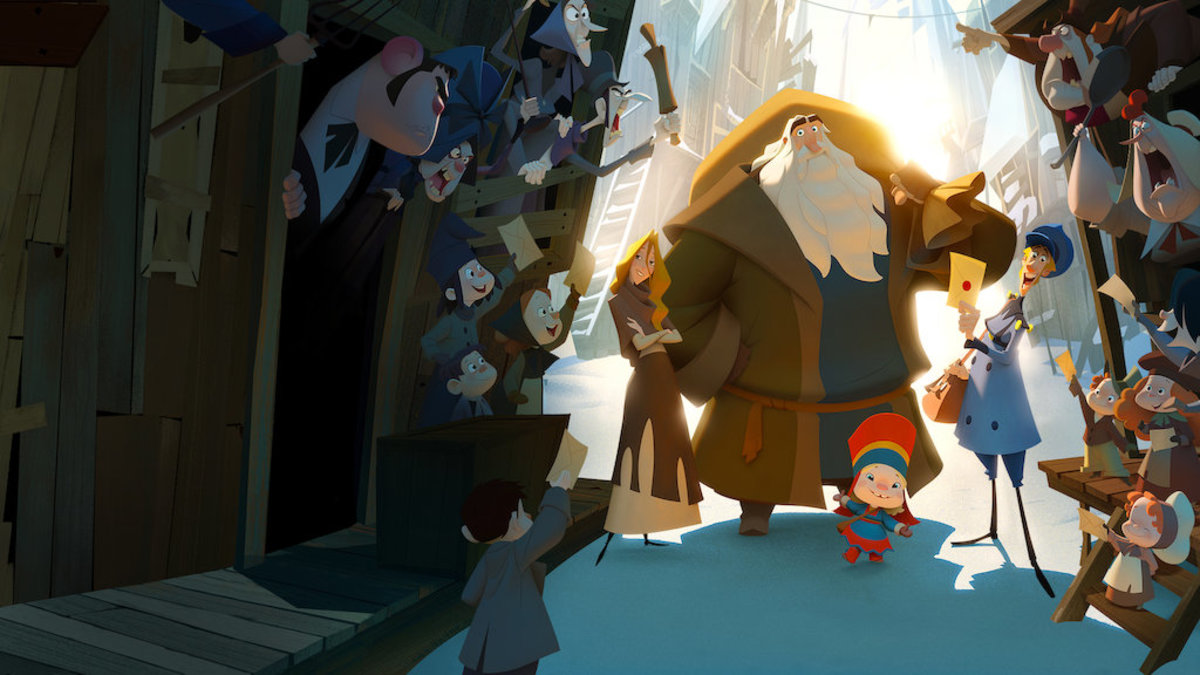 For those in a holiday mood, Klaus is a terrific Christmas movie for the whole family that should put a smile on your face as a terrific feel-good movie on Netflix. A postman stationed in a small northern town befriends a toy-making recluse in this gorgeous animated story about the origin of Santa Claus and our current gift-giving traditions.

Watch on Netflix
Check out: The best family movies on Netflix This Japanese animated fantasy film features the voices of Rebecca Hall, John Cho, and Daniel Dae Kim. It tells the story of a four-year-old boy who is frustrated when his newborn sister begins pulling attention away from him. Soon, he’s travelling through time within his unique family home, meeting its inhabitants from throughout history, including his grown-up little sister in the future. 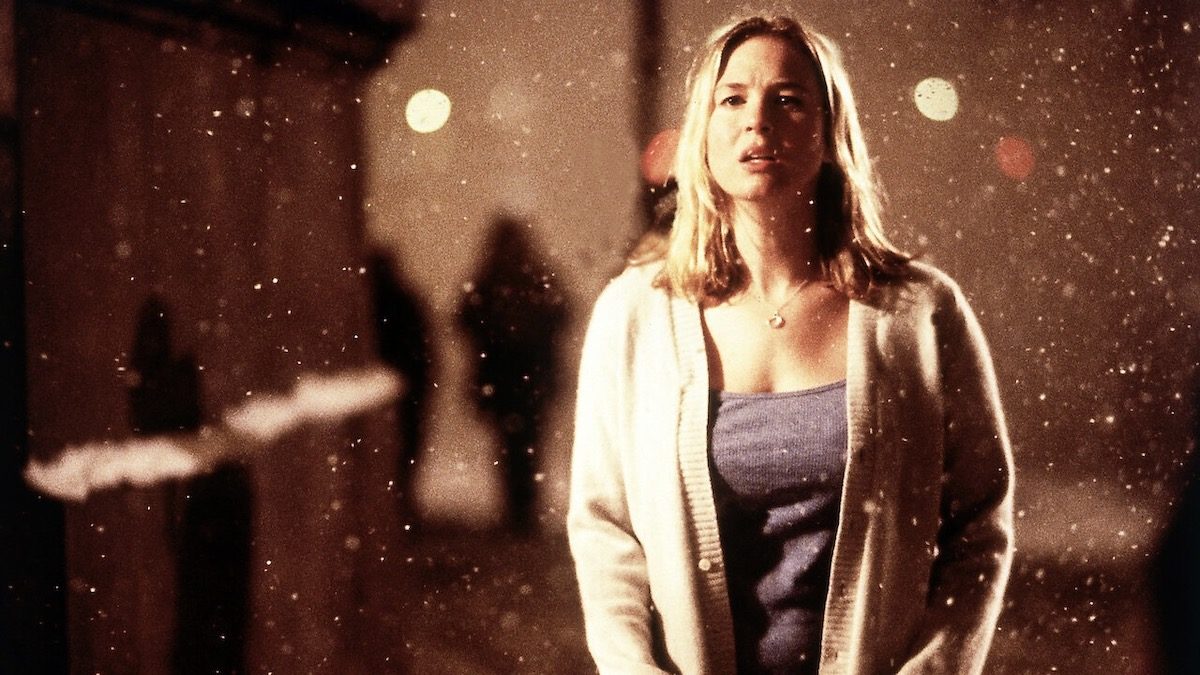 Renée Zellweger stars in this classic romcom that’s an irresistible feel-good movie on Netflix. Based on Helen Fielding’s novel of the same name, Bridget Jones’s Diary follows a woman with few romantic prospects who begins keeping a diary as she attempts to better herself. But soon, she has more than she bargained for when two men are interested in her: the caddish Daniel Cleaver and the dashing Mark Darcy.

Those are just a few of the best feel-good movies on Netflix. What are your favorites? Let us know in the comments.

More to watch on Netflix: