This $99 USB controller made my gaming phone way cooler 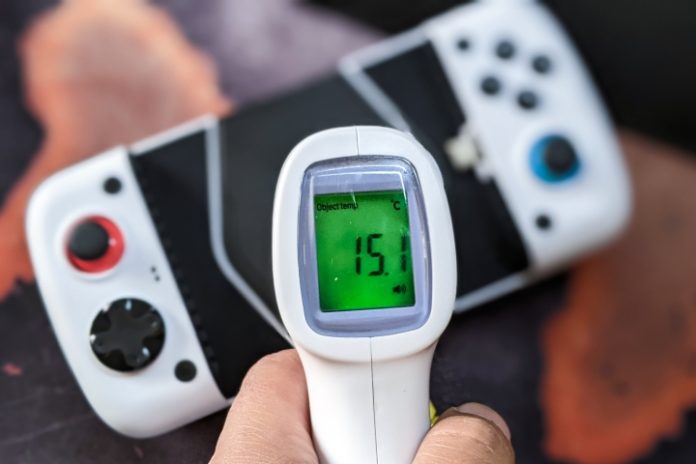 Smartphone gaming is no longer an amusement or a hobby. The enthusiasm from mobile gamers worldwide — and inclusion in various esports tournaments — demonstrates a surge in its popularity. In fact, games form the leading category of mobile apps on Android and iOS and generate more revenue than PC and console gaming combined.

To foster an ecosystem of mobile gamers — as well as cash in on the revolutionary growth — various companies are launching products that enhance the gaming experience on smartphones. From gaming phones with built-in cooling systems to controllers that leverage a gamepad-like layout, there are numerous products to enhance a gamer’s efficiency.

What the GameSir X3 is

GameSir is one such company with a portfolio dedicated to gaming, including products specially designed for mobile gaming. I have been using the GameSir X3 USB Type-C gaming controller with a range of top-tier Android phones to improve my performance in games. While the GameSir X3 looks like a standard USB gamepad, it is one of the handfuls of gaming accessories that feature an active cooling system that is not just a fan.

Alongside the gamepad, the GameSir X3 controller also features a Peltier cooler. In case you are unfamiliar, a Peltier cooler is a thermoelectric device that uses electric energy to lower its temperature on one side, while the other side gets hot. A fan is attached to the hotter side, so heat is actively radiated. This creates a system where heat is constantly withdrawn from a source and radiated into the environment.

Razer’s MagSafe-powered RGB Phone Cooler and ASUS’s Aeroactive Cooler are two clip-on coolers that utilize a Peltier cooler. Taking a step forward from these two, the GameSir controller melds the advantage of an active cooler and a gamepad into one, making it a highly desirable accessory for mobile gamers.

In addition to a full-sized gamepad, the GameSir controller also features shoulder buttons. Meanwhile, the fan on the back of the controller comes with RGB lighting that changes automatically but cannot be controlled by the user.

We put the GameSir X3 through a series of challenges to measure the extent to which it enhances the gaming capabilities of an already competent flagship Android phone. The results I got are nothing short of jaw-dropping.

I ran a series of tests to quantify how the GameSir X3 USB controller impacts performance. For this test, I used the Realme GT 2 Pro, one of the top-performing smartphones powered by the Qualcomm Snapdragon 8 Gen 1 chipset. It is also among the phones with one of the most comprehensive vapor cooling chamber systems.

The following tests include two synthetic benchmarks that emulate tasks that strain the CPU and the GPU on the chipset and running Call Of Duty: Mobile in the battle royale mode. The differences in the resultant parameters, including the internal temperatures and frame rate output, help us determine the impact of the combination of the thermoelectric Peltier cooler and the exhaust fan on the controller.

In our first test, I ran GFXBench‘s Battery test, replicating the same workload of mobile games with heavy graphics requirements. To make the task even more challenging for a smartphone, the Battery test repeats the same job in a loop for 30 minutes. Here are our observations while running GFXBench with and without the gamepad:

The first segment of the benchmark’s result tells us about the performance, which is defined by the total number of frames per test run.

In the next part, we look at the temperature increase inside the Realme GT 2 Pro.

The different segments of the test results have been summarized below:

For the next stress test, we ran the CPU Throttling Test app, which runs the exact instructions repeatedly for a set period. The app calculates the breaking point when a phone begins to throttle (limit performance to reduce the offset heat). While we usually get a fair idea about throttling from running the app for just 15 minutes, we chose to make it more exciting and ran the test for 30 minutes.

The values received from the test without and with the cooler:

The real advantage of the GameSir X3 USB controller lies in its controller, and the cooler only complements it. The controller comes in really handy while gaming, primarily because it ensures a complete view of the display without it being obstructed by your thumbs or fingers. While hardcore mobile gamers often use three or four-finger claw orientation to play battle royale titles such as PUBG: Mobile or Call of Duty: Mobile, relative amateurs can use the shoulder buttons on the GameSir controller to their advantage in a similar way.

While certain popular titles such as Real Racing 3, Fortnite, and Asphalt 9 are natively supported on the controller, you can use it with any other game by mapping the keys manually. Thankfully, for other popular games, you can always find some configuration files uploaded to the system by other people. The image below shows what key-mapping using the GameSir suite looks like:

While there is no precise way to analyze how the controller improves my gameplay qualitatively, I used tools such as CPU Monitor to measure the CPU temperature while gaming and Display FPS to show the frame rate during the gameplay. For this test, I played the battle royale mode of Call of Duty: Mobile, and each game lasted nearly 20 minutes. I set the graphics quality to Ultra (highest) and the frame rate to the Max (60 fps) setting. Although CoD: Mobile also supports 90fps gameplay, it is only supported on the lowest picture quality settings.

I noted the frame rate and the CPU temperature at intervals of five minutes. Because of how reliable the Realme GT 2 Pro is as a phone for gaming, I barely saw the frame rate quiver away from the 60 fps mark — the highest supported frame rate for the selected mode. However, the changes in the internal temperature were noticeably contrasting with and without the controller. Here is what I found:

The results align with the expectation that the cooler will help keep the phone cooler compared to when it is used without the cooler. However, it is pleasantly surprising to see that the temperature decreases instead of increasing when using the GameSir controller. The phone, as demonstrated above, is 33% cooler at the end of the gaming session and absolutely ready to start another without gasping for breath. This performance will ensure that your phone can endure countless gaming sessions without showing any signs of fatigue.

Cooler than what you can handle

The GameSir X3 USB Type-C gaming controller is a unique and irresistible gadget for anyone who swears by mobile gaming — and is deeply invested in its future. As very apparent from our tests above, the controller results in a convincing improvement of the phone’s gaming performance while ensuring it stays cool and composed despite the workload.

The only challenge with the controller is its requirement for two different USB cables if you need to use the cooler and charge the phone simultaneously. Also, if your phone uses proprietary fast charging technology, such as in the case of the OnerPlus 10 Pro or the newly-launched OnePlus 10T, those might not be supported via the inbuilt charging port.

If these aren’t exactly deal breakers for you, the GameSir X3 is a no-brainer as a $99 accessory that dramatically improves your gaming performance while keeping heat at bay.