HomeNewsThe Pixel 6a is the iPhone SE for Android I’ve been waiting...
News 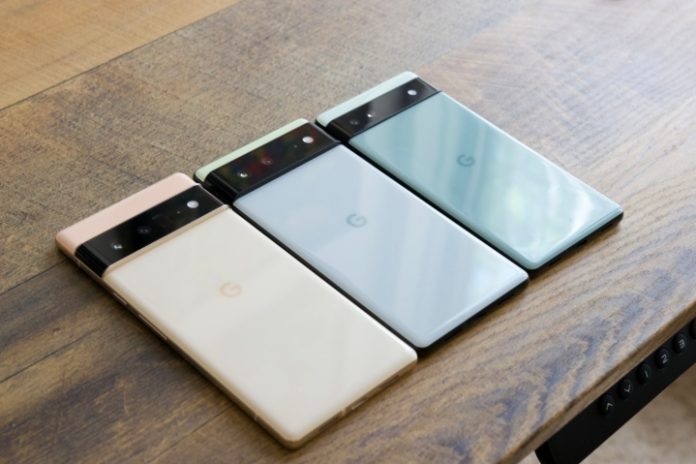 The Google Pixel 6a reminds me of the iPhone SE. It’s not just because of the size, but the strategy. It is reminiscent of how Apple positions the iPhone SE for its user base. The Pixel 6a in the Android world runs parallel to the iPhone SE in the Apple world. Both the devices feature downgraded tech alongside a flagship SoC that powers the phone to make the most of the non-flagship cameras, battery and display.

It’s a winning formula, and one I’m happy to see Google replicate so exceptionally.

The 2022 iPhone SE features a 4.7-inch display in a 5.45-inch-tall body. By contrast, the Google Pixel 6a sports a 6.1-inch display in a 5.99-inch-tall body. The screen might look bigger than the iPhone SE on paper, but 6.1-inch is the new 5-inch in Android land. It’s one of the smallest displays you can find on any Android smartphone – just like how the iPhone SE features the smallest display out of the current iPhone lineup in 2022.

I am a big phone user. I was on the Galaxy S22 Ultra before the iPhone 13 Pro Max. But sometimes, you just don’t need the biggest displays to get things done. The Pixel 6a makes for a great work phone since I can reply to messages on Slack or Teams without taking out the heavy phone from my pocket or making both my hands busy. The single-hand usage of the Pixel 6a makes it an easy-to-use device.

Both the iPhone SE and Pixel 6a drop the ball on high refresh rates as they are limited to 60Hz. But the snappy UI interaction feels much better than ‘just’ 60Hz on the Pixel 6a. Don’t get me wrong, it isn’t anywhere near 120Hz or 90Hz, but it is a lot snappier than other 60Hz refresh rate smartphones I’ve used.

The 2022 iPhone SE comes equipped with a single 12MP shooter with OIS. It is still regarded as one of the best cheap iPhones you can buy to shoot videos. The Pixel 6a runs along the same line but is more feature-rich and versatile with the addition of an ultrawide-angle lens.

The Google smartphone comes with a dual rear camera setup. The 12.2MP primary camera with OIS is accompanied by a 12MP ultrawide-angle lens. It shoots detailed pictures with the known Pixel-like contrast and good colors. The night mode is still one of the best and the ultrawide-angle lens can get you some amazing perspectives if you are around a beach.

Moreover, the Pixel 6a does things that other Android smartphones can’t. While shooting time-lapses,  I discovered that you can change the timelapse speed as well as the lens used for shooting the scene. You can go from ultrawide to the primary camera and 2x digital zoom with a single tap. It’s not the most mind-blowing camera package on an Android phone, but for the price Google’s asking, the Pixel 6a more than punches above its class.

Both the iPhone SE and the Pixel 6a are powered by flagship chipsets. The iPhone SE runs on the same A15 Bionic chip that powers the 2021 iPhone 13 lineup. On the other hand, the Google smartphone comes equipped with its in-house Tensor chip, which was also launched in 2021 with the Pixel 6 series.

Having a flagship chipset doesn’t only mean you get fast UI interactions or quick app opening and closing speeds. The flagship chipset helps with enhancing the camera capabilities with machine learning and AI algorithms as well as better image processing. You also get the benefit of power efficiency. While Tensor is not the most power-efficient chipset, you are getting the same performance as the $900 Pixel 6 Pro. It’s an argument that works very well for the iPhone SE, and the Pixel 6a drives just as hard of a bargain.

First in line for updates

Apple rolls out iOS updates for all its supported iPhones at once. By contrast, Pixel phones are also the first to get major Android updates from Google. The Pixel 6a is already receiving the Android 13 stable update while other phone manufacturers are seeding Android 13 beta on their devices.

Having a flagship chipset also means you get more updates over the years. The Pixel 6a will last you three years easily with major platform updates and four years of security updates. It’s satisfactory to know that the new midrange phone you purchased is going to get as many updates as its flagship counterpart. Usually, midrangers don’t get the same attention as flagships, but things are different with the iPhone SE and Pixel 6a.

Is the Pixel 6a a perfect phone? No. Just like the iPhone SE (2022), the Pixel 6a also suffers from mediocre battery life. The Google Pixel 6a, like the iPhone SE, will give you battery anxiety as you end your day. If you are using it as a primary device, it might last you an entire day if you aren’t a heavy phone user. Otherwise, be prepared to carry a power bank or a charger to the office.

This is a point where Google seems to have followed the iPhone SE inspiration a little too closely. A small, cheap, and lightweight Pixel phone with killer battery life would have been the perfect package. But, as it stands, you have the same battery problems found with a device like the iPhone SE.

The iPhone SE for the Android world

The Pixel 6a uses the same formula as the iPhone SE. It will be receiving major updates for the next few years, and you can expect the performance to be adequate as time passes. The cameras are the best part about the Pixel 6a – as is the case with every Pixel. Just like how the iPhone SE has a flagship chip, solid cameras, and years of updates, the Pixel 6a does those same things.

The battery life shortcoming makes the Pixel 6a an average primary phone but a very good secondary phone. It would fit right in your pocket alongside your primary phone, and you can rely on the cameras to deliver when you need them, which is also the case with the iPhone SE. Or, if battery life isn’t a big concern for you, the 6a could be your one and only device.

There’s no shortage of mid-range Android smartphones available today, but only the Pixel 6a feels like it’s mimicked the iPhone SE formula the closest. That (unfortunately) means disappointing battery life, but everything else — from the processor to the cameras — is top-notch. Apple gets plenty of flak for copying things from Google, and this is one time where I’m glad Google copied a page from Apple’s playbook.

MNT Pocket Reform is a complete Linux laptop in 7 inches