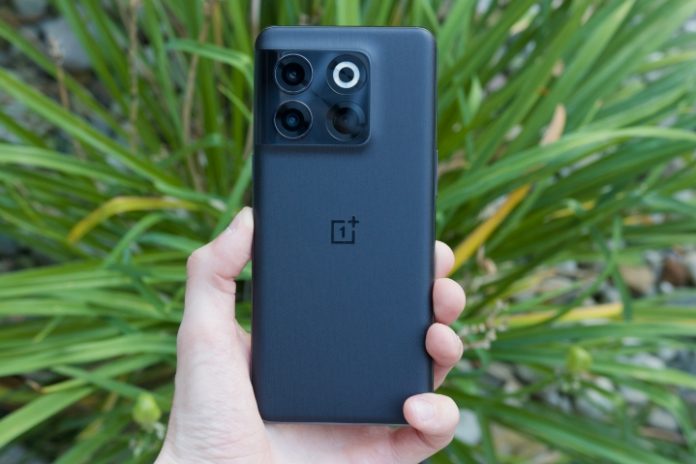 The Nothing Phone 1 and OnePlus 10T come from the same place. What’s the best Android phone for your buck right now? Sure, every phone seeks to answer that question, but this is one rare occasion where we see two different companies with such a shared history deliver answers to the same question that are so different.

Both brands, driven by hype and connected by a common founder, answer the question: “What’s the best phone for not so much money?”Each has a different answer. One by appealing to the specs nerd in us and throwing in all the big numbers you’d like to see, while the other thinks sparkly lights and flowery language are useful. Both, of course, rely on a cult of personality and hype.

The OnePlus 10T is the star of this week. It stands out with flashy specs, but something about it feels cold and cynical. It’s just an Android smartphone. It doesn’t try to do anything especially well. It has good cameras, but they are comparable to the much cheaper OnePlus Nord 2T and lack the Hasselblad tuning of the OnePlus 10 Pro. It’s encased in glass, but it’s an older version of Gorilla Glass and the chassis is plastic. Even the clean software that OnePlus once prided itself on is ditched for a rebranded ColorOS — a slap in the face to fans who believed in OnePlus’s earlier promises to move back to the OxygenOS of old.

“There’s nothing really wrong with the OnePlus 10T. It works well enough, and to a certain extent, fits the OnePlus T series criteria,” Digital Trends’ Andy Boxall wrote in our OnePlus 10T review. It’s a perfect summary of what the 10T feels like. It’s written to order, giving everything you want, with little to delight you. In a word: soulless.

Nothing approaches this question from a different angle. A phone built for comfort, a gimmick that you may find useful (or not), and specs thoughtfully included or excluded with a light software skin over it. Take the camera for example. It would have been very easy for Nothing to throw in three or even four cameras. Everyone’s doing it, it’s a viable and inexpensive strategy. Nothing doesn’t take that bait, including only two cameras instead, and they work pretty well for taking “lovely photos.” Similarly, the allure of a flagship class processor is tempting. Nothing instead opts for a lower-end Snapdragon 778+ chip. It’s a move that’s reminiscent of the Pixel 5 in 2020, prioritizing the overall experience over raw power. As such, this phone delivers a very Pixel-like experience, warts and all.

OnePlus does the opposite, throwing in everything and the kitchen sink, but sloppily. We’ve mentioned the very old Gorilla Glass 5, the dull macro camera included just so they can say they have three cameras, and no wireless charging to speak of. As a testament, our review found the Nothing Phone 1 to be more enjoyable than the cynical OnePlus 10T. “Quirky, individual, and enjoyable to use,” are once things we expected from OnePlus. Now, Nothing picks up that baton and runs with it.

That’s not to say that I don’t find the Nothing Phone cynical at all. I once bashed the Nothing Phone for acting like a toy! In another world where this phone wasn’t presented as the next coming of the iPhone and lacked the quality control issues it has, I would not have minded it. However, what it does have that the OnePlus 10T doesn’t, is thoughtfulness. Are the flashing lights on the back the most incredible thing we’ve ever seen? Not at all. Are the specs the best? No. But at the very least, it’s Nothing trying something deliberate, different, and unique.

What phone’s the best bang for your back? If you ask me, the answer is this, “the more thoughtful one”.