HomeNewsThe next iPad could ditch the headphone jack too
News

The next iPad could ditch the headphone jack too 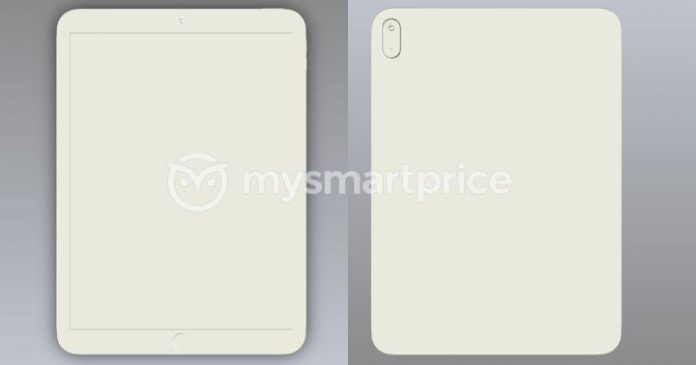 Apple is rumored to be upgrading the regular iPad later this year with new internals. Though an earlier leak suggested that the tablet would follow the same design language as its predecessor, a set of freshly leaked renders hint toward a design refresh. These renders have been published by MySmartPrice and have been attributed to CAD files sourced from a case maker.

According to the renders, the 10th-gen iPad will have rounded corners and flat sides. An interesting thing to note here is that the display hasn’t transitioned to rounded corners, thus we may see squared-off corners on the upcoming model. There’s Touch ID for authentication, and the device gets a selfie camera on the front. The device also appears to pack a quad-speaker system with two at the bottom and the other two at the top.

The render doesn’t clarify if the device will get a Lightning port or switch to USB-C. Currently, the regular iPad remained the only iPad lingering with the Lightning port while the Mini, Air, and Pro iPads have transitioned to USB-C. In a recent report, 9to5Mac claimed the rumor hinting toward the inclusion of USB-C. With Apple’s updates of the iPad being infrequent and the EU’s decision regarding mandatory USB-C on mobile devices, it would make a lot of sense for Apple to switch this year. In a less friendly change, the schematics point to the loss of the 3.5mm headphone jack on the iPad. It’ll be a loss for parents looking to save money with inexpensive wired earphones when buying for their kids, but the 3.5mm headphone jack’s days have been numbered for a while now.

On the rear, it is said to sport a single camera paired with an LED flash, both of which are housed in a pill-shaped camera module. The 10th-gen iPad is said to measure 248.62mm (height) by 179.50mm (width) by 6.98mm (depth). In comparison, the ninth-generation iPad measures 250.6 by 174.1 by 7.5 mm. This indicates that the upcoming model would be slightly wider but thinner.

As far as the specs are concerned, the 10th-gen iPad is expected to sport a 10.5-inch display. The A14 Bionic chipset that shipped with the iPhone 12 series is expected to power it. This means that Apple will be able to slap in 5G support, as well as keep the costs low. It won’t be too far off from the iPhone 14 if true, with Apple rumored to be keeping the A15 around for another year.

Facebook
Twitter
Pinterest
WhatsApp
Previous articleDon’t need a flagship? Get this Motorola Android phone for $150
Next articleWhen it rains, it pours — Intel Arc may be in trouble again
- Advertisment -