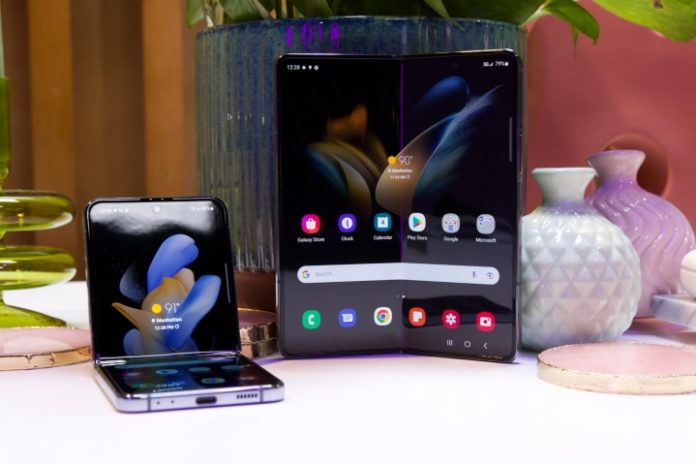 Foldables, once relied on to save smartphone enthusiasts from the spec bump treadmill of annual releases, have quickly fallen into that rut themselves. No devices exemplify this more than the Galaxy Z Fold 4 and the Galaxy Z Flip 4.

Both are very good pieces of hardware, but both are also evolutionary takes on what’s come before. If you’ve used a Samsung Galaxy Z Fold 3, you’ve basically had 95% of the experience of the Z Fold 4 — and the same holds true for the Z Flip 4. And I don’t think that’s a bad thing at all.

There’s been a lot of criticism lobbed at standard smartphones for being, well, standard. Now that foldables are going down that same path, it’s time to examine whether that’s actually a bad thing. After all, it’s not just that foldables are just being spec bumped; it’s also that foldables have been standardized rather quickly.

In the first year when foldables were a thing, there was much debate about what the ideal form factor for a foldable was. That discussion is over. There are now two standard types: the folding one and the flipping one. Now, we’re in the spec bump stage.

On the one hand, we have the Samsung Galaxy Z Fold, the Mi Mix Fold, and the Oppo Find N. Each one is a variation on the same theme. There’s a smaller outer screen with a hole punch camera that can unfold to reveal a tablet-sized display with all the bells and whistles you could expect. On the flip side, there’s the Galaxy Z Flip, Huawei P50 Pocket, and Moto Razrs of the world, which combine the retro flip phones of yesteryear with the sensibilities of today.

Each update to each individual form factor has simply built on what’s come before. The wheel isn’t being reinvented. For the last two years, each type of foldable has simply gotten a little better at doing what it set out to do from the outset.

Why boring is a good thing

At the same time, I must come out strongly in defense of boredom. There’s a reason “may you live in interesting times” is regarded not as a blessing, but as a curse. Boring is simple, stable, and reliable. If Samsung’s foldables have reached that level quite fast, all the better. It means that you’re getting a device that’s stable, that’s reliable, that’s tried-and-true.

There’s also an argument to be made that “boring” and “fun” are not useful terms when it comes to assessing tools. Sure, they may be a useful lens for writers to peer through when thinking and writing about phones (let’s face it, iterative updates do not stroke the little gray cells), but it’s not a great way to think about usefulness.

Consider the fork. Is the best fork an interesting or a boring one? Perhaps a spork, one that combines being fork with being a spoon, is interesting. Maybe a fork with flashing lights that measured the temperature of your food. At the end of the day, when you’re hungry, all these decisions fade away into nothing as you consider the best fork to be simply the best one that gets food to your mouth. The best way to judge a product should not be by how novel it is, but by how good it is at being what it wants to be.

this is an excellent video that paints a full picture of the foldable scene: not just what's new with the Fold/Flip 4, but also the reality that Samsung is coasting a bit in terms of really pushing innovation due to lack of global competition, plus a long term fold 3 review. 👏 https://t.co/9huwXqJasr

Maybe the Galaxy Z Fold 4 and Flip 4 are boring, but do they make foldables better at being foldables? Looking at the more comfortable form factor, better batteries, and improved software, they almost certainly do.

There’s an argument to be made that foldables are still the same as they ever were, with their weaknesses being their indecisiveness and in-between form factor. There’s a counter that the very indecisiveness of that form factor allows one to use the advantages of multiple devices with relatively little downside. There’s little point in rehashing it here. At this point, if you’re on board, you’re on board. If you’re not, you’re not.

That’s precisely what the Fold 4 and Flip 4 are doing. They don’t reinvent the wheel at the expense of breaking things along the way. They keep what worked last generation, fix what didn’t, and call it a day. Boredom isn’t an insult when it comes to tools, and for many people, the Fold 4 and Flip 4 will be a tool. Even with foldables, boredom should be nothing if not the highest of compliments.