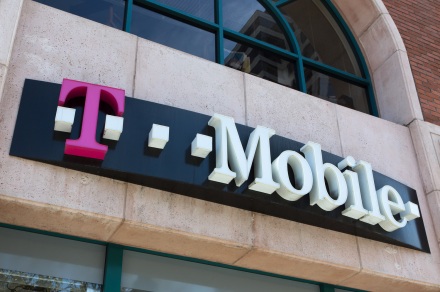 T-Mobile is linking up with SpaceX’s Starlink service to dramatically boost its cell phone coverage to pretty much all parts of the U.S., bringing connectivity to isolated areas that have been out of reach of providers up to now.

The service will launch next year — starting with texts, MMS, and select messaging apps, with calls added later — and come at no extra cost for T-Mobile customers.

Announcing the news at a special event (video below) at SpaceX’s Starbase site in Boca Chica, Texas, on Thursday night, T-Mobile CEO Mike Sievert and SpaceX CEO Elon Musk outlined the plan to expand the carrier’s cell phone coverage, with Sievert claiming it will mark “the end of mobile dead zones.”

The new initiative, called “Coverage Above and Beyond,” will utilize SpaceX’s growing constellation of near-Earth Starlink satellites — specifically the more advanced V2 satellites launching next year — that will provide the all-important connectivity. Sievert said T-Mobile would be able to hook up to a new network, beamed down by Starlink’s satellites, using T-Mobile’s midband spectrum nationwide, describing it as a “true satellite-to-cellular service.”

Sievert said its subscribers can expect the new service to be available “almost anywhere a customer can see the sky.” Coverage will be available across the continental U.S., Hawaii, parts of Alaska, Puerto Rico, and territorial waters. Musk and Sievert also said Coverage Above and Beyond could one day expand globally through collaboration with carriers around the world.

The T-Mobile CEO noted how at the current time half a million square miles of the U.S. is uncovered by any cellular network, remarking how the new service is “important for safety, it’s important for connectivity with the people we love, it’s important for people in rural areas, for first responders, for sports people [in isolated areas].”

He added: “But honestly, it’s important for all of us, because we have all driven down that windy country road through the hills and dales, beyond the reach of any cellular network and begun to wonder, what would happen … this is not a time [that I want something] to fail. And so this partnership is about imagining a different future, imagining a future where if you have a clear view of the sky, you are connected on your mobile phone.”

In a release, SpaceX chief Musk said: “The important thing about this is that it means there are no dead zones anywhere in the world for your cell phone,” adding, “We’re incredibly excited to do this with T-Mobile.”

While satellite phones currently provide the most efficient connectivity option for those on the move in remote areas, T-Mobile’s offering will give confidence to those heading into remote areas without such devices, secure in the knowledge that if something goes wrong they’ll able to call for help. And for those who simply want to check their texts while miles from anywhere, well, the service will work for them, too.

3 Things To Know Before Starting A Job In IT