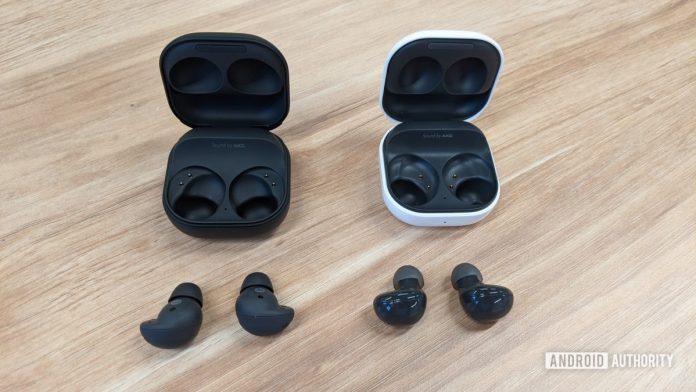 It might seem like Samsung is competing against itself. As it turns out, the Galaxy Buds 2 Pro and Galaxy Buds 2 have a few key differences despite the confusingly similar names. We’ll take a look at some of them here and see how they compare.

These two models are very similar regarding overall shape and design. Both are small, roughly oval earbuds with silicone ear tips attached to one end. There is less of a pronounced stem to attach the ear tips on the Buds 2 Pro, and there’s more mass just above this area, whereas the Buds 2 don’t have these. The Buds 2 come in Graphite, Bora Purple, White, and Olive, while the Buds 2 Pro have the first three available, but not the last.

The Buds 2 Pro abandon all shiny surfaces and, in turn, are a bit easier to grip.

Samsung says the Galaxy Buds 2 Pro are 15% smaller than their previous iteration and they have better airflow. They also boast an IPX7 rating, so in addition to withstanding sweat, they may survive a plunge into water for up to 30 minutes. The Buds 2, in contrast, only have an IPX2 rating, meaning they can only deal with some light spraying water.

As for battery life, Samsung claims five hours of playback time with ANC enabled for the Galaxy Buds 2 Pro or up to eight hours without ANC. The Buds 2 are also rated to get up to five hours of listening time with ANC on. The earbuds on both models are rated at around 61mAh, but the Buds 2 charging case is 472mAh, while the Buds 2 Pro charging case is 512mAh, so there will be a slight difference in longevity. Both earbud models let you use wireless Qi charging, Samsung PowerShare, or USB-C to top up the case and buds.

Both of these are Samsung earbuds and hence are designed to work best with Galaxy devices. They will also work with other Android phones, but some features will be missing.

Regarding Bluetooth codecs, you get AAC and SBC support when connecting to most devices, while Galaxy phone owners can take advantage of the Samsung Scalable codec. On Samsung phones, you also get automatic device switching, but the Buds 2 Pro add that feature to Samsung TVs too. The Galaxy Wearables app, which lets you control Samsung buds, is exclusive to Android phones, so neither model is ideal for iPhone users.

Both the Galaxy Buds 2 Pro and the Galaxy Buds 2 feature multifunctional touch controls. Samsung’s buds tend to have highly sensitive touch controls — verging on oversensitive, in fact. Both of these models use the Galaxy Wearables app to configure gestures. You can assign certain taps and tap-and-hold actions to modify the noise-cancelling settings, turn on ambient mode, switch EQ presets, and more.

On the Galaxy Buds 2 Pro, SmartThings Find can let you know if you leave your earbuds behind, even when offline. Bixby is available on both sets of buds, along with Google Assistant and Amazon Alexa. An ear tip test is also available for both models and does a pretty good job at determining how well the buds fit inside your ears. 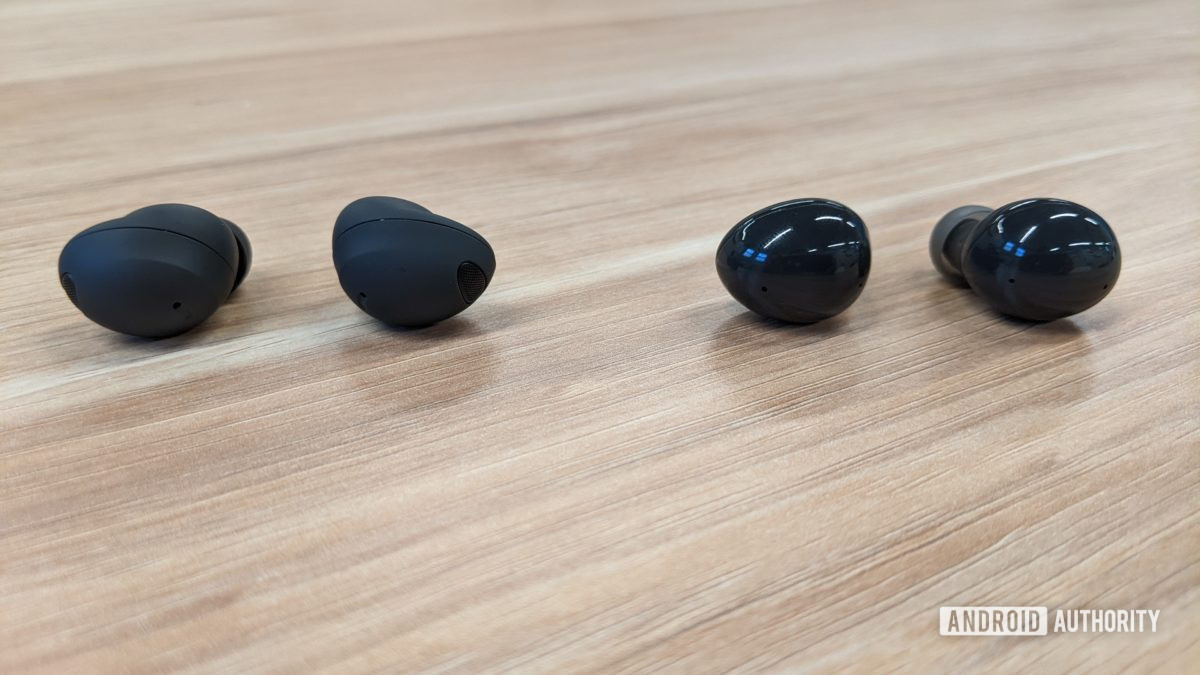 Active noise-cancelling is another area of refinement for the new Galaxy Buds 2 Pro. While it’s not a revolution, the manufacturer claims the Buds 2 Pro can offer an extra 3dB of attenuation when compared to their predecessor and “intelligent noise-cancelling.” We’ll have to test these claims, as it’s unclear whether the attenuation is across every frequency as an average value or for a particular range. But for comparison, the previous Buds Pro already edged out the AirPods Pro in this department. The Buds 2 actually have better noise-cancelling than the previous-generation Buds Pro, and they still perform well even by today’s standards.

Both earbuds should offer solid isolation as long as you can get a good seal with the included silicone ear tips. Again, the Buds 2 have better isolation than the original Buds Pro, but the new Galaxy Buds 2 Pro claim to be smaller, lighter, and better fitting, while reducing rotation and ear pressure, which could help in that regard. 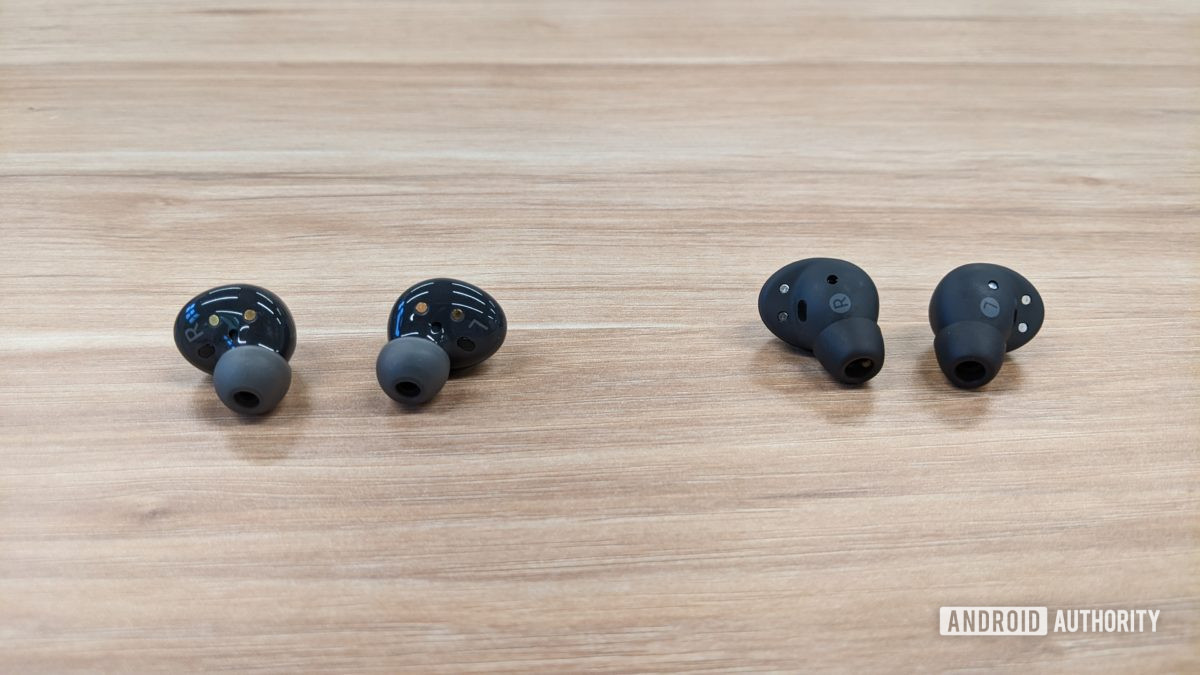 We have not yet had the opportunity to fully test the newly launched Buds 2 Pro, but if their previous version are anything to go off of, they will produce a solid frequency response that most people will like. The new version includes support for 360 Reality Audio and Dolby Atmos on Galaxy phones. The Buds 2 also support spatial audio, though the head tracking is said to be improved on the newer model.

Both earbuds only let you use EQ presets to tweak their sound profiles. That said, our tests found the previous Galaxy Buds Pro to have a consumer-friendly frequency response curve, along with the Buds 2, so we don’t anticipate the Galaxy Buds 2 Pro will deviate dramatically from these. The new generation has support for 24-bit audio playback with Galaxy devices as well, while the Buds 2 don’t have this feature. 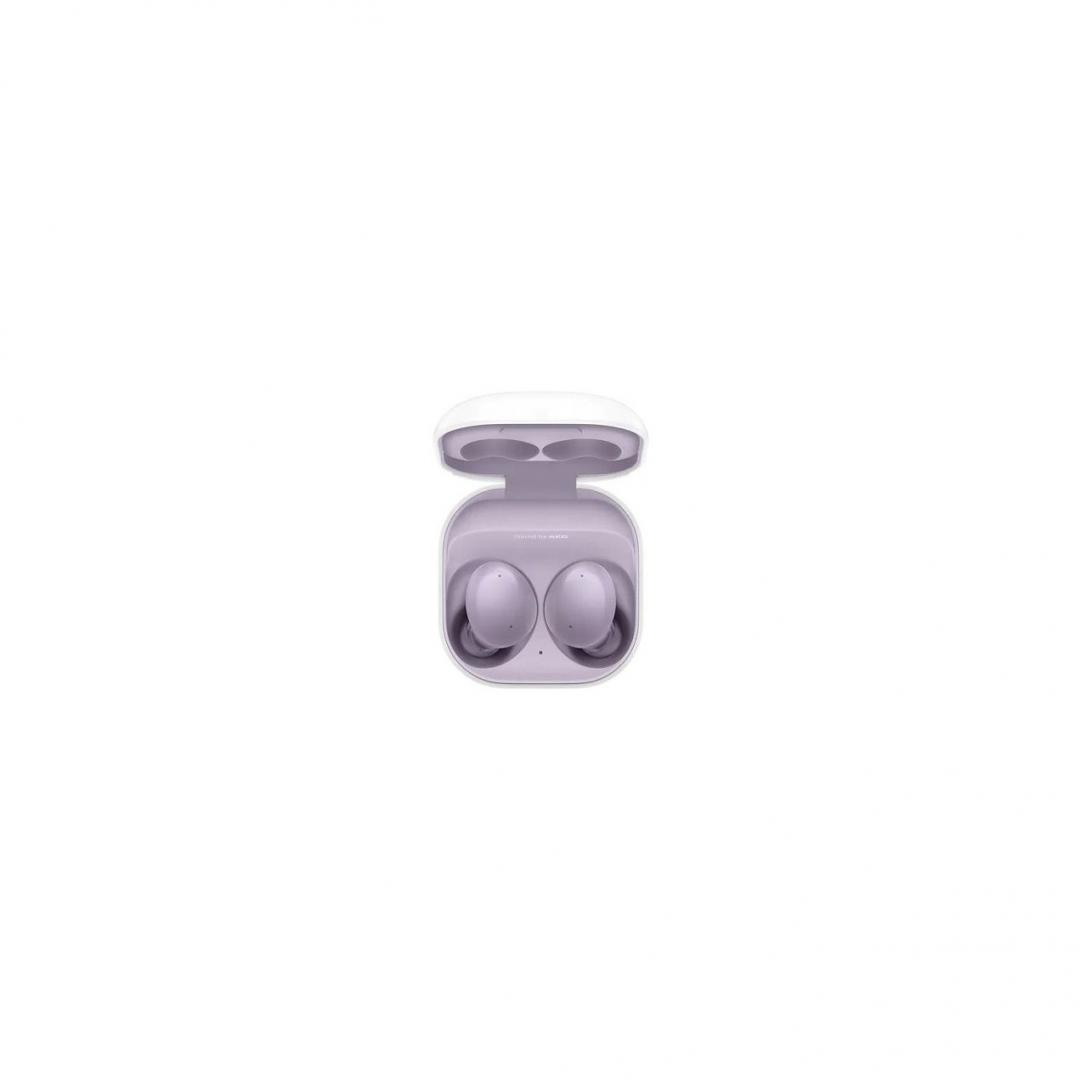 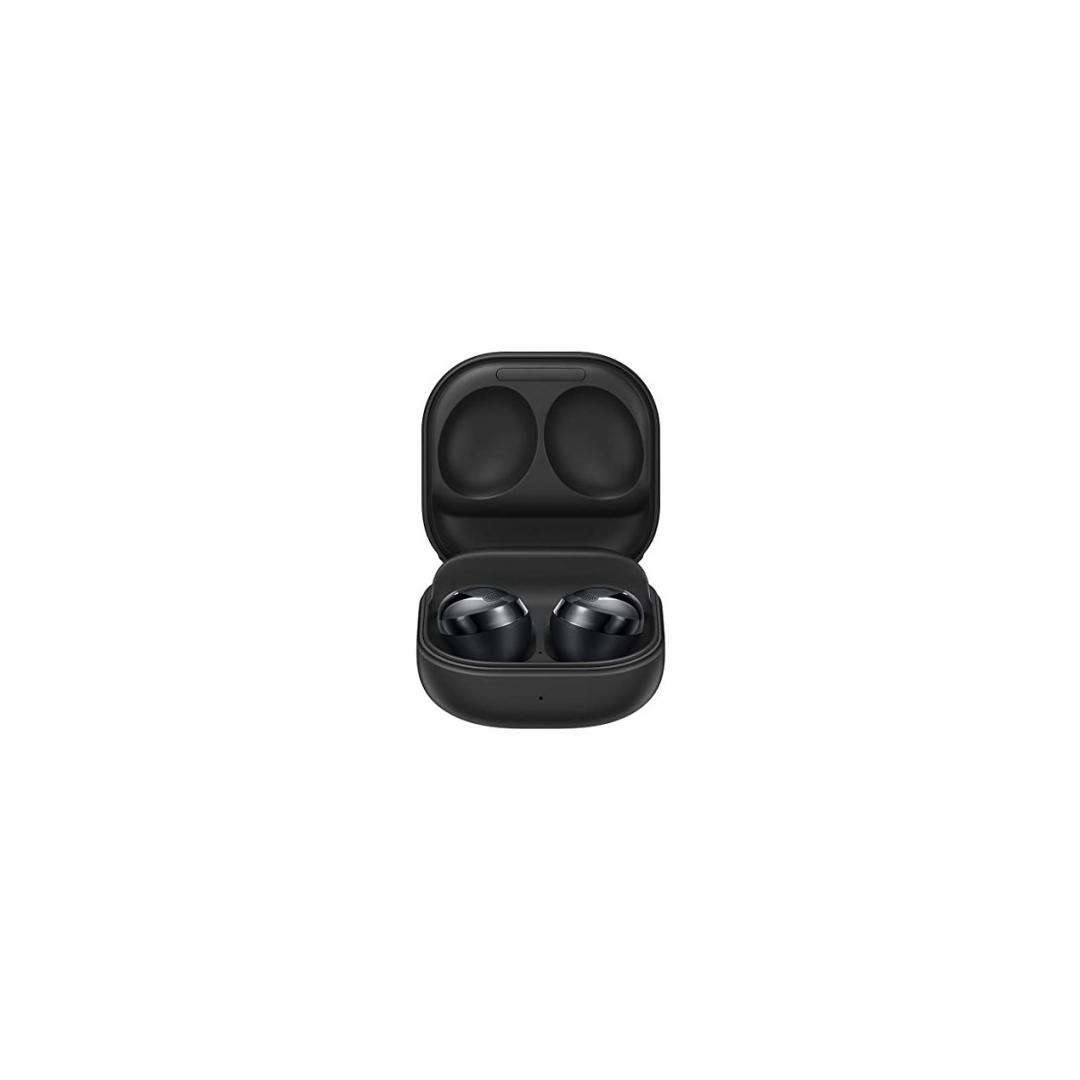 The Galaxy Buds 2 originally launched at $149; these days, you can get them for around $75. They come in White, Graphite, Olive, or Bora Purple.

The Galaxy Buds 2 Pro offer some welcome refinements to Samsung’s earbuds line, and overall they make for a good pick for most people. With improved ANC, support for more spatial audio formats, and a grippier surface, they may not break new ground, but they do evolve in the right direction.