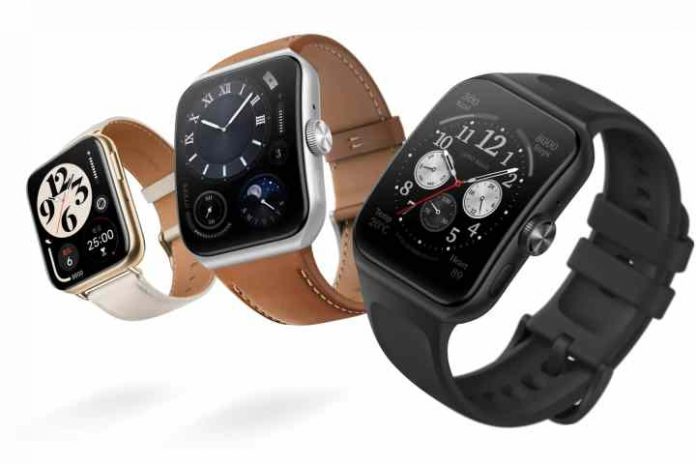 The new Oppo Watch models build on last year’s Oppo Watch 2. However, neither is a direct successor to that earlier model. Instead, it looks like Oppo has split the difference, with the Oppo Watch 3 moving the specs down a notch to make room for a new Oppo Watch 3 Pro on the higher end.

The Snapdragon W5 Gen 1 is here

Oppo has notably gone for the lesser of Qualcomm’s new Snapdragon wearable chips, the W5, rather than the W5+. Interestingly, this is the chip that Qualcomm has targeted at “segment-specific wearables” rather than “mainstream smartwatches,” but Oppo likely considers that good enough for its target market. It’s also worth noting that Qualcomm defines “segment-specific” to include China, as well as kids, seniors, health-focused devices, and enterprise solutions.

The new chip follows the Snapdragon Wear 4100 used in last year’s Oppo Watch 2, but it’s interesting that Oppo hasn’t chosen to distinguish the Oppo Watch 3 Pro by packing in the more powerful flagship W5+ chip. Nevertheless, the boost over last year’s model should be pretty significant, as Qualcomm promises 50% better power efficiency and double the performance of the Wear 4100 chip.

The Snapdragon W5 Gen 1 platform also supports better health and fitness experiences thanks to the ability to keep the sensors active at all times. It’s unclear how this will play out on the Oppo Watch 3 since Oppo has its own co-processor in the mix for lower-power tasks, but Oppo promises faster app launching and assessment of vascular elasticity in under 30 seconds.

A familiar design with a twist

If you’re thinking the Oppo Watch 3 looks strangely familiar, you’re not alone. Oppo has been mirroring the iconic design of Apple’s wearables since it first arrived on the scene two years ago, and this latest release is no exception.

However, it seems Oppo is willing to take a few more risks than Apple. The higher-end Oppo Watch 3 Pro is the first wearable to feature a 3D AMOLED LTPO display, and with that comes a flexible curved face that follows the contour of your wrist.

Oppo calls this the “third form of smartwatches,” and with the striking similarity to Apple’s design, it offers a fascinating glimpse into what a curved Apple Watch might look like. Even Oppo’s marketing photos strongly resemble Apple’s.

Interestingly, Oppo has also brought a digital crown-like control to the Oppo Watch 3 Pro with mechanical haptic feedback during rotation. Unlike the Apple Watch, the crown is placed centrally on the side, with a single button below. The non-Pro model lacks the dial and loses one of the two buttons found on the prior model.

In terms of screen size, it’s the Oppo Watch 3 Pro that comes closest to its predecessor, with the same 1.91-inch display presented in a 378 x 496 resolution due to the taller aspect ratio. The Oppo Watch 3 has a smaller 1.75-inch 372×430 AMOLED screen.

The smaller model only features a 400mAh battery, a significant drop from last year’s 510mAh cell. However, thanks to the power efficiency of Qualcomm’s Snapdragon W5 combined with Oppo’s own Apollo 4 Plus co-processor, it still delivers up to four days of battery life with normal usage. The Oppo Watch 3 Pro features a larger 550mAh battery that can deliver up to five days of battery life under the same conditions.

Much of the magic here comes from Oppo’s in-house chip that handles routine tasks like timekeeping to let the more power-hungry Snapdragon W5 take a nap whenever it’s not needed to handle more powerful tasks. A lower-power mode can give you up to 10 days on a single charge for the Oppo Watch 3 or 15 days for the Oppo Watch 3 Pro.

In addition to the new Snapdragon W5 chip and screen changes, both models also get a healthy storage boost to 32GB. However, the other specs remain largely the same as before, including 1GB of RAM, Bluetooth 5.0, eSIM, NFC, 5 ATM water resistance, and GPS capabilities.

China only, for now

So far, the Oppo Watch 3 and Oppo Watch 3 Pro are only being released in China and are expected to go on sale August 19 for around $220 and $280 respectively at current exchange rates. Both models will be available in Platinum Black, while the Oppo Watch 3 adds Feather Gold and the Pro comes in Desert Brown.