‘iPhone 14 Plus’ Rumored as Actual Name of Standard 6.7-Inch Model 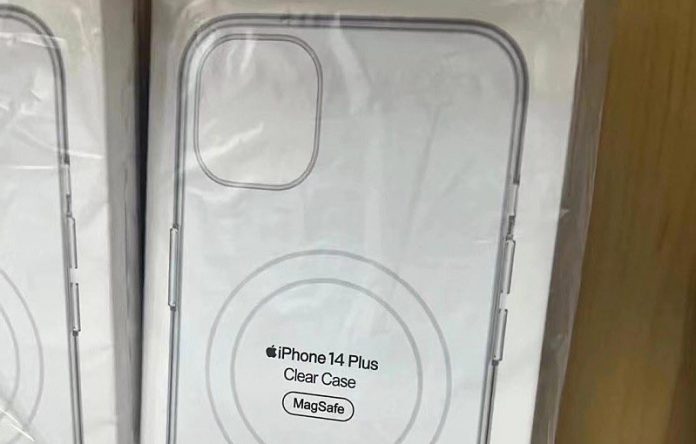 Apple is expected to announce four new iPhone 14 models at its September 7 event, including a standard 6.7-inch model that has been widely referred to as the “iPhone 14 Max” in rumors. However, the device could actually end up having a different name.

Of course, a photo like this could be easily photoshopped, but the “iPhone 14 Plus” name is still a possibility even if the leak is fake. The name “iPhone 14 Plus” could help to distinguish the device from the iPhone 14 Pro Max, and make it clear that the device is not a maxed-out model in terms of specs despite having a large 6.7-inch display.

As for the source, Tommy Boi accurately leaked some of Apple’s new iPhone case colors last year, but it’s unclear if the cases were authentic or replicas.Related Roundup: iPhone 14
This article, “‘iPhone 14 Plus’ Rumored as Actual Name of Standard 6.7-Inch Model” first appeared on MacRumors.com