I desperately want a foldable iPhone, but iOS still isn’t ready for it 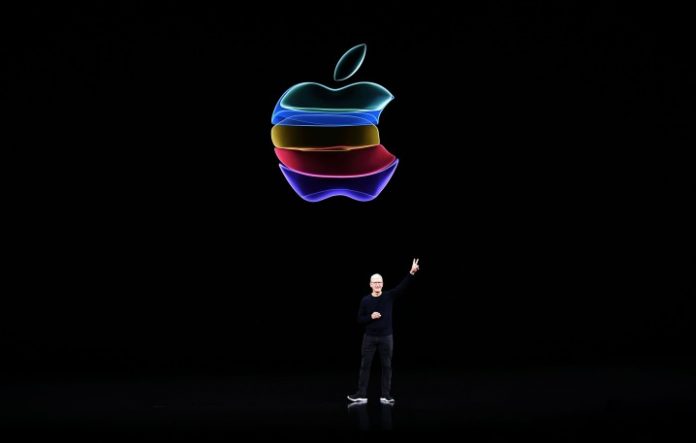 If there’s one thing that causes many iPhone enthusiasts to look enviously at the world of Android smartphones, it’s the much wider array of designs and form factors available. While Apple refines its designs every few years, it has rarely done anything that most folks would consider radical.

Perhaps the most significant departure from traditional smartphone designs has been the return to the foldable phones of yesteryear. Samsung’s latest Galaxy Z Fold 4 and Z Flip 4 have piqued my interest more than ever, but even before those came along, there have been other handsets that have made me wish that Apple would think differently about its hardware designs. And while I don’t doubt Apple’s hardware for a foldable iPhone could be great, I think the real struggle lies with making iOS useful for a foldable.

Of course, rumors have abounded for years that Apple is spitballing ideas for a foldable iPhone. Reports of partnerships with LG Display surfaced in 2017, and some sources indicate that Apple has been actively testing hinges and screens for the past couple of years.

There’s no doubt that Apple wants to be absolutely sure it gets the hardware right before it even thinks of releasing a foldable iPhone. It’s not in the company’s culture to fail publicly with prototype-like devices. However, as Samsung has recently shown us, there’s a lot more to creating a foldable iPhone than just the hardware. If you want to create the best user experience possible, the software has to be up to the task also. And that’s another area where Apple has its work cut out for it.

A tale of two foldables

Thanks to the willingness of companies like Samsung and Motorola to iterate more openly, we’ve had the opportunity to witness the struggle to build foldable smartphones in a world where operating systems and apps haven’t quite caught up with the idea. However, we’ve also seen remarkable improvements in recent years, culminating with Samsung’s Galaxy Z Fold 4 and Z Flip 4 — two very different devices that make the most of recent enhancements in Android 12L.

It’s a disservice to lump Samsung’s Z series foldables into the same category merely because they both have folding screens. That’s where their similarities both begin and end.

The Galaxy Z Flip 4 is a fun and stylish device that harks back to the days of fancy flip phones like the original Motorola Razr. In contrast, the Z Fold 4 arguably sits on the opposite end of that spectrum — a phone that unfolds into a tablet-like device for more serious and professional work.

Samsung isn’t under any illusions here; that’s how the company presented the devices during its Galaxy Unpacked event earlier this month. The Z Flip 4 was about getting out, enjoying life experiences, and making the most of its cameras and Flex mode features. When it came to the Z Fold 4, Samsung spent more time talking about improvements to Microsoft Office and video conferencing features.

Nevertheless, these are things most of us only dreamed of when Samsung debuted its original Fold a few years ago. Yet, while the hardware designs have become considerably more reliable, the phones haven’t changed nearly as much as the software that runs on them.

Which direction will Apple go in?

It’s hard to say right now what Apple’s first foldable iPhone will look like, but it’s clear that Apple faces some challenges in getting iOS or iPadOS up to the task.

This may not be as difficult if Apple chooses to go the way of the Z Flip, focusing on fun and casual use rather than trying to create something that unfolds into an iPad Mini. That latter idea frightens me a bit more, as Apple doesn’t seem to have truly grasped the concept of multitasking in iPadOS.

The iPad is a phenomenal device when it comes to single-task activities. It does many things very well — as long as you only want to do one thing at a time. However, many folks have been complaining for years that the multitasking interface is cryptic at best and unusable at worst — complaints that often come from Apple’s biggest fans.

Two years ago, I picked up an iPad Pro with Apple’s new Magic Keyboard, intending to use it as my primary device for everyday use. While it couldn’t replace my MacBook for more sophisticated tasks like video editing, I figured it would be an excellent lightweight device for research and writing. It was, but its limitations also quickly became frustrating enough, often driving me back to the more open freedom of my MacBook Pro.

The iPad remains a single-task device, and while Apple’s foray into Stage Manager with iPadOS 16 offers a glimmer of hope for something more, it’s still too early to say how that’s going to play out. It’s not clear how well-suited Stage Manager is even for a full-sized tablet right now, and it’s not something I can see Apple translating onto a foldable smartphone.

Playing it too safe

Perhaps a big part of the problem is that Apple has had it far too easy when it comes to iOS. Unlike Android, which has to support a nearly unimaginable number of different screen designs, iOS has had to contend with less than a dozen in the entire 15-year history of the iPhone, from the original iPhone’s 3.5-inch 320 x 240 screen to the 2,778 x 1,284-pixel display found on today’s iPhone 13 Pro Max. Screen aspect ratios have changed even less often, and the Apple Watch is the closest Apple has ever come to creating a secondary display for the iPhone.

Apple’s choice to play it safe with its hardware has made iOS wonderfully predictable — to the great delight of app developers everywhere — but it’s also made it considerably less flexible.

It’s hard to imagine how iOS, as we know it today, would translate onto even something as relatively straightforward as the Z Flip 4. Even that would require some significant rearchitecting of how iOS is designed. Going into a full business-class foldable would likely mean the development of an entirely new “foldable OS,” and Apple would have to put a lot more thought into empowering multitasking than it’s done so far.

That’s not to say that this is beyond the reach of Apple’s software engineers. The company has some astonishingly brilliant people on that team, but it often seems as though their plates are already too full. There’s also likely going to be more out-of-the-box thinking needed to pull this off, departing from the stable but staid foundations of iOS as it exists now to venture into some new waters while at the same time trying to avoid being too clever with user interface designs that are often more whimsical than practical.

I’m sure Apple realizes this, but I’m more cautious in my optimism that its designers and engineers will be able to pull it off in a way that makes sense. Apple has some very popular and successful products, but it doesn’t always hit a home run right out of the gate. Properly transmogrifying iOS for a foldable iPhone is no small undertaking. If Apple takes the time to do this right, that’s likely to be what holds Apple’s foldable plans back more than the hardware itself.