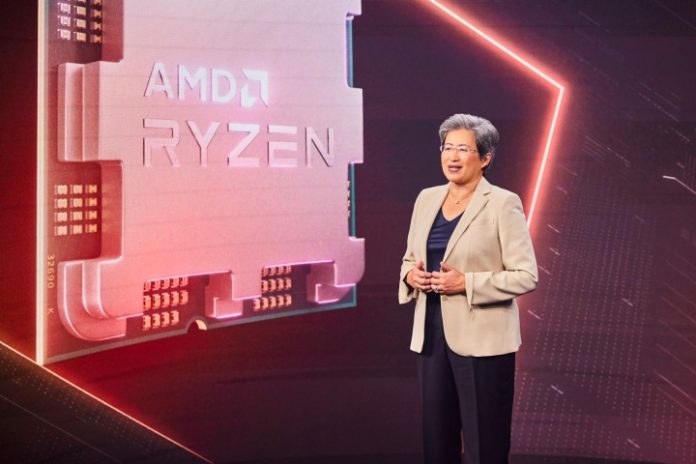 AMD is holding an event focused around its upcoming Ryzen 7000 processors on August 29. The battle between AMD and Intel continues to be fierce in 2022, and AMD seems to be beating Intel to the punch with its next generation of processors. We’re going to guide you through how to watch AMD’s Ryzen 7000 launch and what you can expect out of the event.

The battle for a top slot on the list of the best processors is more competitive now than it has been in years. With new features like DDR5 and PCIe 5.0 on Ryzen 7000 and Intel’s continued push for hybrid architectures, AMD’s Ryzen 7000 launch could provide our first look into how the next era of CPUs will play out.

AMD will host the Together We Advance_PCs event on Monday, August 29, at 4 p.m. PT. The company announced the event through a blog post, and it will be led by AMD CEO Lisa Su and CTO Mark Papermaster. The event will be streamed live on AMD’s YouTube channel, and the company says a replay of the event will be available shortly after it’s done.

We don’t have the livestream up on AMD’s channel yet, but we’ll update this post with an embedded stream once it’s available.

What to expect from AMD’s Ryzen 7000 launch

AMD hasn’t explicitly said it’s launching Ryzen 7000 CPUs at its August 29 event, but that’s where all signs point. In the blog post announcing the stream, AMD said it “will present details on the latest Zen 4 architecture that powers upcoming AMD Ryzen processors and the all new AM5 platform.” That’s all to say, AMD is going to be talking about Ryzen 7000 a lot during the event.

But what will we see? The rumor mill suggests that AMD will officially release Ryzen 7000 CPUs on September 15, so we’ll presumably see the entire launch lineup at AMD’s event. Other rumors say that the release is later in September, though, which is possible. AMD hasn’t said when Ryzen 7000 CPUs are releasing, outside of the fact that they’ll arrive before the end of 2022.

As for which CPUs AMD will show off, it’s hard to say. A leak in July revealed the Ryzen 5 7600X, Ryzen 7 7700X, Ryzen 9 7900X, and Ryzen 9 7950X, so there’s a decent chance this is the lineup AMD will reveal on August 29. Last-generation Ryzen 5000 processors launched with the same four options available, and we’ll likely see a repeat with Ryzen 7000 as AMD releases new CPUs in the range over the coming year.

Although we’ll most likely see the launch of a few Ryzen 7000 CPUs, AMD’s event still has a lot of question marks. One prevalent rumor is that Ryzen 7000 won’t have much room for overclocking, and it might be downright disabled. It’s possible, as AMD’s recent Ryzen 7 5800X3D doesn’t support overclocking.

Another big mystery is if AMD will bring its 3D V-Cache technology back. AMD has confirmed that we’ll see Ryzen 7000 CPUs with 3D V-Cache but also said it won’t be available on every processor. We may not see any V-Cache chips at the August 29 event, as AMD seems to be treating them as a separate range focused solely on gaming.

Outside of the processors themselves, AMD will likely highlight its AM5 socket and several of the new X670 motherboards that support the Ryzen 7000 processors. It’s tough to say how this event will go or how long it will be, though. The Ryzen 5000 launch happened in the midst of the pandemic, and AMD’s event for that launch was a tight 25 minutes. We expect this one to run slightly longer.

The event seems focused solely on Ryzen 7000, but we could get a tease of AMD’s upcoming RX 7000 GPUs. AMD likes to plug these teases into the end of its events, and the company has confirmed that RX 7000 GPUs are coming this year. We likely won’t see a launch of RX 7000 on August 29, but we could see a glimpse at performance and maybe a release date announcement.