HomeHow toHow to pre-order Hogwarts Legacy: retailers, editions, and bonuses
How to

How to pre-order Hogwarts Legacy: retailers, editions, and bonuses 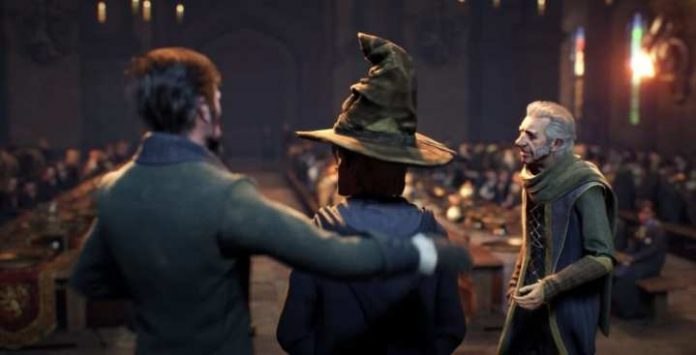 Are you ready to enter the wizarding world of Harry Potter in this all-new experience set decades before our scruffy-haired hero was born? The mega-popular franchise of novels has cultivated generations of fans across the books and films but hasn’t had quite as much success in its video game adaptations. Most games were made in conjunction with the film franchise, forcing the development time to be constrained and the plots to follow the books or movies as much as possible. With Hogwarts Legacy, though, none of those constraints apply.

This new RPG has had a rough time getting ready for launch. From leaks to numerous delays, Hogwarts Legacy finally set itself the firm release date of February 10, 2023. In preparation for the launch, pre-orders were a certainty, but they have only just been confirmed. As you pick up your wand from Diagon Alley and get ready for the sorting hat to place you in your house, don’t forget to check out how to pre-order your copy of Hogwarts Legacy.

Where can I pre-order Hogwarts Legacy?

Hogwarts Legacy is one of the first major releases of 2023 and will be available at most major retailers. However, the most convenient way to reserve your copy will be to go through the game’s official site itself. This will let you choose your edition, console, and store of choice to get your physical or digital copy as soon as it launches.

The Standard Edition of Hogwarts Legacy will be your baseline pre-order option. If you’re picking it up for a last-generation system, such as a PS4 or Xbox One, or for PC, it will run you $60. Current-gen players on PS5 and Xbox Series will need to pay the new $70 standard. Aside from the game itself, you get the one pre-order exclusive bonus item of the Onyx Hippogriff Mount.

One important note is that PlayStation players get two exclusive bonuses for every edition, which are the Felix Felicis Potion Recipe and an exclusive quest.

The next step up is the Deluxe Edition, which will cost you $80 on all platforms save for PC, which is a bit cheaper at $70. Here’s what’s included in this version:

Finally, for the truly dedicated wizards and witches of the world, there’s the Collector’s Edition. This is a physical-only version, so Gamestop is the only available retailer for this. At the moment, there’s no way to get this version on PC. If the $300 (or $290 for the PS4 and Xbox One versions) isn’t enough to sway your commitment, here’s what goodies you can look forward to: