HomeNewsHere’s why people are saying to buy the M1 MacBook Air instead...
News 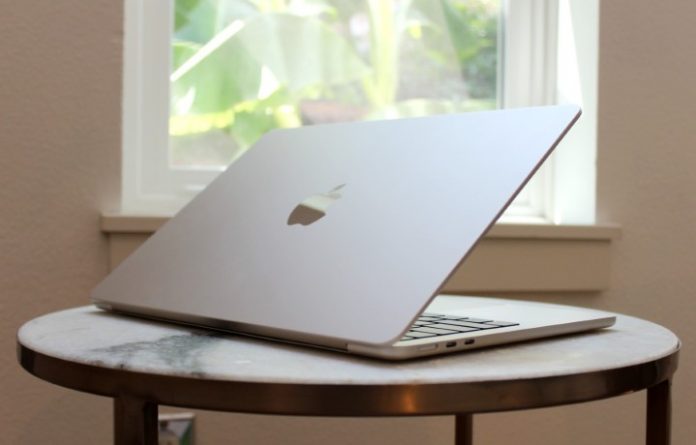 The once highly anticipated M2 MacBook Air is finally out. But despite how great the design looks, many potential buyers are instead turning to the M1 MacBook Air, a laptop that’s nearly two years old.

Apple still sells it, of course, and as plenty of reviewers and commentators have pointed out, it may prove to be the better option for many people — and there are three main reasons why.

While not that pricey, it is enough to make a savvy consumer pause if a cheaper model is available. Of course, there are lots of upgrades involved in the $200 premium of the M1 MacBook Air over the M2 MacBook Air. That includes a thinner chassis, a MagSafe 3 charging port, thinner bezels, faster CPU performance, brighter screen, better speakers, and a higher resolution webcam. That’s a lot.

But because of how good the M1 already was, that $200 difference is still probably enough to deter many potential buyers who are just looking for a basic, fast laptop — whether that’s for college or work. In the end, it’s the cheapest MacBook you can buy, and that makes it undeniably attractive.

The M2 MacBook Air base model is essentially the mid-tier device in the new MacBook Air family, and the next M2 MacBook Air configuration is the high-end model at $1,500. Devices can get pricier still with unique configurations at any tier, but the M1 MacBook Air will still give consumers the most bang for their buck at any hardware style.

While Apple continues to struggle with chip shortages, your best bet access-wise is the M1 MacBook Air. The company faced shipping delays with the M2 MacBook Air immediately at pre-order. Purchasing suggestions for those looking to buy Apple products earlier in the year were to buy the M1 MacBook Air for the quickest shipments. Overall, being cost-effective and easy to buy for several years, both online and in stores has been a plus for this laptop.

The M1 and M2 MacBook Air models both feature the same SSD storage options in terms of capacity. Both laptops are available in 256GB base models, which can be configured to 512GB, 1TB, and 2TB of additional storage.

Apple set out to make the base model M2 MacBook Air look like a viable upgrade with its M2 chip and eight-core GPU; however, the truth about the device quickly unfolded as reviewers and early adopters harshly critiqued the new laptop.

Many quickly figured out that Apple used its top-tier M2 MacBook Air model when demonstrating the performance power of the laptop during its WWDC unveiling in June and when sending out official review models. When Apple said the M2 MacBook Air would have an 18% increase in graphics performance over the M1, the company was talking about the higher-end model, which features a 10-core GPU and 512GB SSD.

This, coupled with a thinner design and a lot of thermal paste issues, made the M2 MacBook Air susceptible to overheating. These performance flubs have made the M1 MacBook Air look like the favorable base model laptop, especially for the price.

The M2 MacBook Air has been released with a larger 13.6-inch display and thinner bezels than the 13.3-inch M1 MacBook Air. The M2 display is also slightly brighter at 500 nits versus 400 nits on the M1 display. However, the M2 MacBook Air has an additional feature: the controversial notch design, which houses the laptop’s 1080p webcam.

You might enjoy the new look of the screen, but when given the option of thinner bezels or a notch, it’s a bit less of an obvious choice. The inclusion of an important feature like Face ID may have made the notch easier to stomach, but that’s still a feature we’re waiting on. As it is, the notch will feel like an exciting new design element of the MacBook Air, and more like a feature you’ll just have to learn to live with. For a laptop that costs more, some may find it better to just stick with the M1.

Facebook
Twitter
Pinterest
WhatsApp
Previous articleSamsung Galaxy S22 series picks up the August 2022 security update in the US
Next articleOxygen OS 13 beta hands on: A dash of color