HomeNewsHere’s why people are saying the Nvidia RTX 4090 isn’t worth waiting...
News 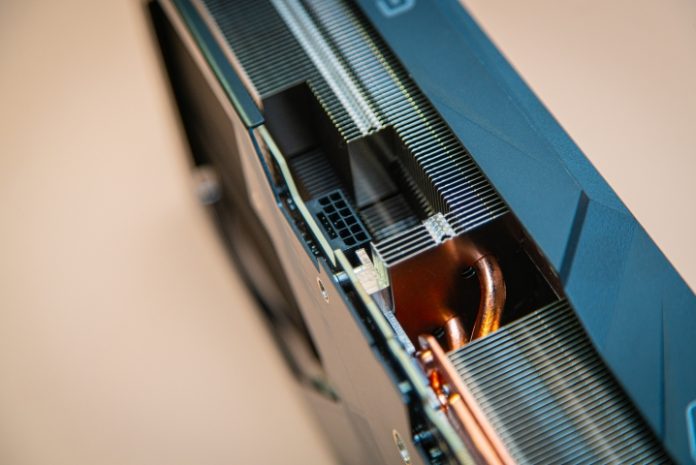 Nvidia’s long-awaited RTX 4090 is expected to launch within a few months, ushering in a new era for the best graphics cards alongside AMD. We don’t have any official news on the RTX 4090 yet, but the rumor mill hasn’t been quiet.

A slew of leakers and industry insiders say Nvidia’s next-gen GPU might not be worth waiting for, especially considering the current state of GPU prices.

It draws a ton of power

Leaks have shown that the RTX 4090 may be the most powerful GPU ever tested, but all that performance comes at a price: power. Rumored specs suggest the card could draw in the range of 400 watts to 450 watts, which is a massive jump over even the RTX 3090 (it draws 350W). Other rumors say it can climb as high as 600W under full load, though I imagine Nvidia will limit the power quite a bit below the 600W mark.

Regardless, power is a concern. The last generation of GPUs has been a swift kick to PC gamers to upgrade their power supply, and the RTX 4090 may prompt another upgrade. More power means more heat too, which is a big problem when gamers are already downclocking their GPUs to reduce heat and power draw.

Power demands have been climbing for high-end gaming PCs, and the next generation of GPUs is shaping up to push power limits further. Leakers and rumor brokers say that results in much higher performance, though. Some suggest we could as much as a 2.2x increase in performance over the RTX 3090, which is a much bigger generational jump than we normally see.

More performance for the sake of more performance isn’t a winning strategy for upgrading your gaming PC, though. Nvidia’s RTX 3090 and RTX 3090 Ti still shred through any modern AAA game at 4K and a smooth 60 frames per second (fps), and tools like Deep Learning Super Sampling (DLSS) and FidelityFX Super Resolution (FSR) offer ways to boost your performance without sucking up more power.

Leaked renders of the RTX 4090 show a comically large graphics card. It’s possible these renders are fake and that Nvidia is using a different design, but a few respected leakers have gone on the record saying the card will come with a massive cooler. And you don’t have to look any further than current-gent RTX 30-series cards to assume that will be the case.

RTX 3090 and RTX 3090 Ti models usually take up three slots and can occupy as many as four. Given the high power demands that leakers are saying will come with the RTX 4090, it wouldn’t be surprising to see a four-slot reference design and maybe even five-slot designs from Nvidia’s partners.

Just like power, size doesn’t inherently make the RTX 4090 a bad choice. It’s something to consider if you’re holding out for a card, though, especially considering we’re seeing some of the lowest GPU prices in nearly two years.

That brings up the main elephant in the room: pricing. There aren’t any rumors that the RTX 4090 will be more expensive than the RTX 3090. Some leakers are saying it’ll be priced at the same $1,500, in fact. The RTX 3090 is seeing a massive price decrease right now, though. Some models are selling for around $1,100, and a $400 savings is nothing to sneeze at. Keep in mind that third-party RTX 4090 models will sell for more than the price set by Nvidia, maybe as much as $500 more for certain high-end models.

Availability could also be an issue, but leakers haven’t said that Nvidia is worried. New generations just prompt a minor shortage of cards as the initial units sell out. If you don’t get at card a launch, be prepared to wait for a few weeks (or maybe even a month or two) to find a card in stock at list price.

Nvidia lost around $1 billion in gaming revenue in the first half of this year, so I don’t suspect we’ll see big price hikes for the RTX 4090. Next-gen GPU prices all come down to where crypto is at, though. Cryptocurrency was a major driving force behind the GPU shortage throughout 2020 and 2021, and another spike in interest could push up GPU prices.

That’s not the case right now. GPU prices are lower than they’ve been in nearly two years, and cards are readily available below list price at retailers. You can wait until October when leakers say the RTX 4090 will launch, but you could miss a great deal now and be left with a GPU that draws too much power and can barely fit inside a normal PC case.