Does the Samsung Galaxy Z Flip 4 come with a charger? 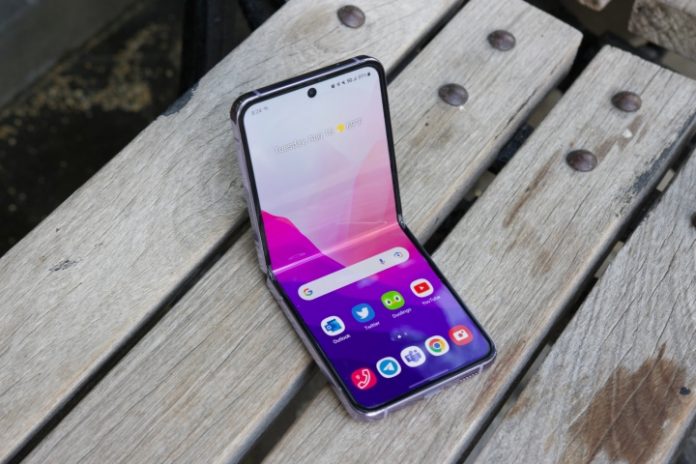 Samsung recently took wraps off two new foldable smartphones — the Galaxy Z Flip 4 and the Galaxy Z Fold 4. The former is the successor to the company’s Z Flip 3 with better specs and design, making it one of the best foldable phones you can get your hands on right now. Among the most notable upgrades are its improved battery capacity and faster charging.

However, as it has become common these days for some smartphone manufacturers to ship their phones without a charging brick, you might wonder whether the Galaxy Z Flip 4 comes with one or not. Let’s find out.

Unfortunately, you won’t be getting a charging brick inside the Z Flip 4’s box. The box contents of the phone comprise:

That said, Samsung not including a charger with the phone shouldn’t come as a surprise. The company’s recent top-of-the-line smartphones, including the Z Flip 4’s predecessor — the Galaxy Z Flip 3 — shipped without one. Even some other popular brands like Google and Xiaomi have stopped giving charging adapters with their flagship smartphones.

Going back in time, the trend was first started by Apple with the launch of the iPhone 12 lineup. Back then, Samsung even trolled the Cupertino-based tech giant for not providing a charger with its phones on social media platforms. Funnily enough, the company itself has now stopped shipping most of its flagship phones with a charger in the box.

Still, the Galaxy Z Flip 4’s charging speed is a lot slower when compared to some other recently launched flagship mobiles. For comparison, the recently launched OnePlus 10T embraces 150W fast charging (120W in the U.S.), and the iQoo 9T’s charging speed maxes out at 120W. Both these smartphones can charge from 0% to 100% in just under 30 minutes. On the other hand, the Z Flip 4, according to Samsung, can juice up its battery to 50% in around half an hour — if charged with a 25W power adapter. Still, those sorts of super-fast charging speeds aren’t close to common yet, and most large manufacturers are keeping wattage low, so don’t feel like you’re missing out too much.

If you already have a charger with over 22W of output and a USB-C port lying around, you could use it to juice up your smartphone. Otherwise, you can grab Samsung’s official 25W power adapter. If you’re willing to spend some more money, you can also take a look at some of the best chargers for smartphones.