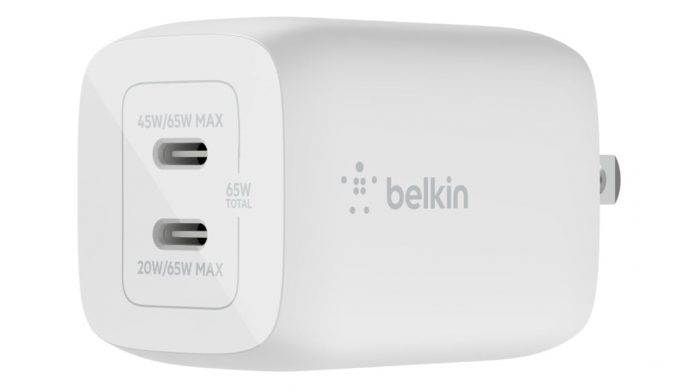 The 65W charger is able to provide up to 65W when a single USB-C port is in use, or 45W from one port and 20W from the second when both ports are used. It is ideal for Apple’s smaller MacBooks, such as the MacBook Air, as it can charge at full speed while also charging a secondary device like an iPhone or an iPad.

The 45W charger provides a full 45W when a single port is in use or 25W from the top port and 20W from the bottom port when both ports are charging devices.

With USB-C PD 3.0 technology, an iPhone 13 can be fast charged from either version, going from 0 to 50 percent in 28 minutes. Belkin says that the chargers have been optimized for Apple, Samsung, Nintendo Switch, and other compatible devices.