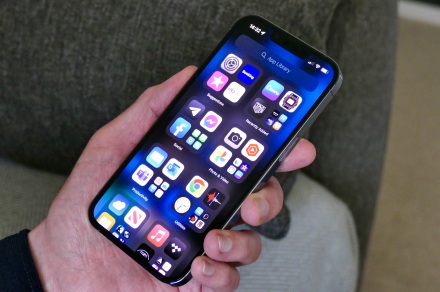 Apple is planning to put ads in more of the apps that come pre-installed on the iPhone, a new report has claimed.

While the tech giant already includes ads in its News, App Store, and Stocks apps, Bloomberg’s Mark Gurman reported on Sunday that it recently internally tested ads in Apple Maps and could incorporate them into other software such as Podcasts and Books, too.

With Maps, Apple would likely allow businesses such as restaurants to pay a fee to have their service appear higher in search results, suggested Gurman, an Apple observer who’s called it right many times in the past. Ads could also show in other parts of the app outside of search results, giving businesses more flexibility about how and where their ad slots appear.

As with Apple’s ads that show in the News, App Store, and Stocks apps, such placements will be clearly marked so users know exactly what they’re looking at.

Todd Teresi, Apple’s vice president of ad platforms, reportedly wants to push the tech company’s annual ad revenue of around $4 billion into double digits, with ads in more Apple apps one way of helping it to reach that goal.

In other efforts to boost its app-related ad revenue, Apple recently revealed that it’s planning to feature more ads in the App Store, with new slots coming to the app’s Today section and also to individual app pages.

Commenting on its decision to fold more ads into the App Store, the company said the placements provide “opportunities for developers of all sizes to grow their business,“ adding: “Like our other advertising offerings, these new ad placements are built upon the same foundation — they will only contain content from apps’ approved App Store product pages, and will adhere to the same rigorous privacy standards,” which Apple bolstered with the release of iOS 14.5 last year.

Ads for a broader range of businesses and service now look destined for more of Apple’s own apps in a move that the company hopes will further boost its bottom line, though whether its customers will be cool about more scrolling through more ads to find the content they’re looking for remains to be seen.