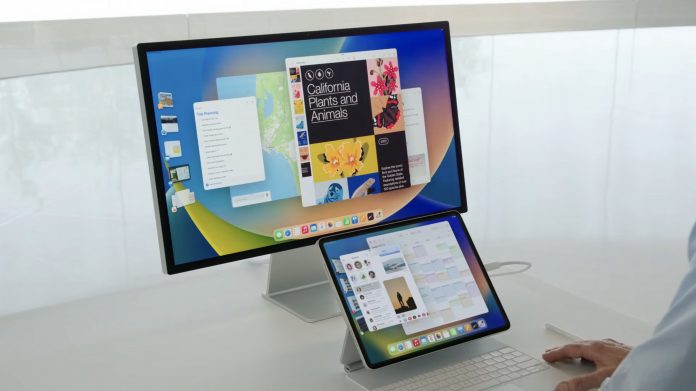 Stage Manager in the iPadOS 16 beta is receiving heavy criticism for being “fundamentally misguided” in its approach to bringing a new level of multitasking to the iPad experience, with some even calling on Apple to delay the feature entirely due to its shortcomings.

Federico Viticci, the founder and editor in chief of MacStories and a prominent member of the Apple community, outlined his frustration with Stage Manager in a Twitter thread earlier this week. Viticci says that design decisions built into Stage Manager are “fundamentally misguided,” arguing that the feature is unstable, hard to use, and has user interface glitches across the experience.

“If Stage Manager is the future of iPadOS for pro users, I hope Apple understands that it can’t be rushed. We waited years for this; might as well get it in Spring 2023,” Viticci says, suggesting Apple delay Stage Manager’s release entirely and rethink its approach.

Stage Manager, for the first time, lets users overlap windows and use external display support with their ‌iPad‌. Apple’s implementation of the feature, however, is not as clear-cut as some may have hoped.

‌iPad‌ enthusiasts have yearned for the company to take better advantage of the ‌iPad‌’s power and multitasking potential, and Stage Manager is Apple’s answer to those calls. The narrative around iPadOS and its inability to take full advantage of the ‌iPad‌’s hardware took a momentous leap when Apple brought the M1 Apple silicon chip to the iPad Pro in April 2021 and then to the iPad Air last fall.

Stage Manager is designed to only work with iPads powered by the ‌M1‌ chip, another point of contention surrounding the increasingly controversial feature. Apple argues that only the unified memory architecture of the ‌M1‌ chip, designed initially for the Mac, can power the heavy workload that Stage Manager requires. Announcing Stage Manager at WWDC in June, Apple’s senior vice president of software engineering, Craig Federighi, said, “With technologies like display scaling and virtual memory swap, we have the foundation for a big leap forward in user experience, one that can change how our Pro users get work done on ‌iPad‌.”

Stage Manager is one of just a few new features of ‌iPadOS 16‌, but it’s also present in macOS Ventura. While they share a name and the same fundamental idea, Stage Manager’s implementation on ‌iPadOS 16‌ and ‌macOS Ventura‌ could not be more different.

For instance, as Viticci noted in his early overview of iPadOS 16, Apple is looking to alleviate the heavy lifting often faced by Mac users of having to perfectly position their overlapping Mac windows to create an ideal workspace. With Stage Manager on ‌iPadOS 16‌, the system automatically moves apps around to keep the main app in use in the center of the “stage” while other apps open “gracefully move to the side.” As Viticci wrote at the time:

The idea behind Stage Manager is that you’ll get a system that wants to help you keep the benefits of overlapping windows while offering tools that should alleviate some of the pains behind window management for people like me, who have historically disliked the Mac’s overlapping windows.

Stage Manager also takes care of automatically focusing on the ‘center app’, and you can choose to hide or show the dock and recent apps on the left side. If you keep the dock, you’ll have a fast way to drag in new windows into a workspace.

For the latter report, Apple responded by saying it “behaves as intended,” which Viticci calls “baffling.” For the other suggestion to make it easier to move windows and spaces to an external display, Apple said after having “carefully considered” the idea, it won’t be moving forward with its implementation.

Stepping away from the precedent in years past, Apple is planning to release ‌iPadOS 16‌ later in the fall and not alongside iOS 16, expected in September. The delay in ‌iPadOS 16‌’s launch should give Apple ample time to address concerns around Stage Manager before it launches to customers sometime in October.

Apple is unlikely to pull Stage Manager from ‌iPadOS 16‌ when it’s released, although it could always opt to label it as a beta feature until it works through the kinks, as it did for Universal Control in macOS Monterey.Related Roundups: iOS 16, iPadOS 16
This article, “Apple Criticized for ‘Fundamentally Misguided’ Approach to Stage Manager in iPadOS 16” first appeared on MacRumors.com