HomeNewsApple and Facebook Reportedly Discussed 'Revenue-Sharing' Ideas in Past
News

Apple and Facebook Reportedly Discussed ‘Revenue-Sharing’ Ideas in Past 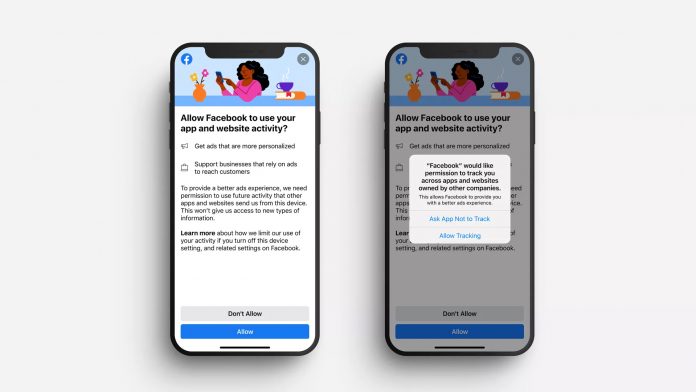 Facebook has been in a feud with Apple since the iPhone maker introduced its App Tracking Transparency feature that lets users opt out of being tracked across apps on its platforms. In the past, however, Apple reportedly discussed potential “revenue-sharing arrangements” with Facebook that could have given Apple a “slice of Facebook’s revenue.”

According to The Wall Street Journal, which claims that most of the discussions occurred between 2016 and 2018, one idea that Apple discussed was Facebook creating a subscription-based version of its app without ads. Apple would have collected its standard 15% to 30% commission on Facebook’s in-app subscriptions through the App Store, but Facebook ultimately decided against the idea, the report claims.

Apple allegedly also argued that the Facebook app’s boosted post function, which allows Facebook pages to promote a post to a larger audience for a fee, should have been considered in-app purchases and thereby subjected to Apple’s 30% commission.

In a statement, an Apple spokesperson said that the company routinely meets with developers of all sizes to discuss business matters:

“Every day, we meet and collaborate with developers of all sizes to make suggestions, address concerns, and help them continue to grow their businesses,” said an Apple spokesman, who added that the rules for app developers like Facebook are “applied equally to all developers because we think that fair enforcement results in the best user experience.”

A second Apple spokesperson told The Wall Street Journal there was “no connection between any discussions of partnerships and the ad-tracking changes that were later implemented,” according to the report. App Tracking Transparency was implemented with the iOS 14.5, iPadOS 14.5, and tvOS 14.5 software updates released in April 2021.

App Tracking Transparency has resulted in $17.8 billion in lost revenue among Facebook, Twitter, Snap, and YouTube so far in 2022, according to The Wall Street Journal, citing an estimate by data management company Lotame.

The full report at The Wall Street Journal provides additional details about Apple’s and Facebook’s differing approaches to user privacy and more.Tag: Facebook
This article, “Apple and Facebook Reportedly Discussed ‘Revenue-Sharing’ Ideas in Past” first appeared on MacRumors.com

Facebook
Twitter
Pinterest
WhatsApp
Previous articleWhy playing Marvel’s Spider-Man on an AMD GPU is such a disappointment
Next articleDeals: Apple Watch Series 7 Drops to Best-Ever Price of $299 ($100 Off)
- Advertisment -

The 5 best Apple deals in the October Prime Day sales

Amazon is selling the Pixel 6a for $329, and it’s just unbelievably good